Univision Communications has signed a first-look deal with actor Eugenio Derbez, his 3Pas Studios, and producing partner Ben Odell. Under the agreement, Univision will have the first look at all Spanish-language television and theatrical motion picture projects controlled by 3Pas Studios, including movies and series for subscription video-on-demand or theatrical release.

Univision will launch a global branded streaming service, including a new SVOD and an expanded free advertising-supported (AVOD) tier in 2022. More details for the service will be announced following the close of the Televisa-Univision merger.

Derbez and 3Pas Studios will develop and produce Spanish-language content across different genres and age groups for the SVOD platform. In addition, Derbez will help develop and acquire family-friendly content for the new “Derbez Channel,” which will initially launch in Latin America, on Univision’s streaming platform’s AVOD tier.

“Eugenio is a globally celebrated content creator whose vision and passion for storytelling are unmatched,” Pierluigi Gazzolo, President and Chief Transformation Officer at Univision, said in a statement. “This partnership is a testament to how we are doubling down on our commitment to building the best and largest Spanish-language streaming service in the world, one that will be the home to top-level creative Spanish-Language talent.”

Pablo Calasso is Director of Production in Mexico for Visceral. Prior to working with Visceral, Calasso developed and produced shows in the scripted and unscripted space throughout Latin America including Mexico, the Dominican Republic, Peru and his native Argentina. Williams and Calasso manage a team of production and development executives located in Mexico.

Carlos Ferreiro, chief financial officer of Televisa, will assume the same position following the closing of the merger in the second half of the year. Until that time, he will serve as an advisor to the senior leadership team, as it plans to integrate the two companies.

Current Univision CFO Peter Lori will continue in the position until Oct. 1, transitioning to a senior executive role within the combined company to be further defined in the integration planning process.

Pilar Ramos joins as general counsel and corporate secretary and will assume the role of general counsel for Televisa-Univision once the merger is completed. With over two decades of global legal and government affairs experience, Ramos transitions from Mastercard, where she served in various leadership roles during her 18-year career, including mostly recently as general counsel of North America.

Jessica Rodriguez has been promoted to chief brand and impact officer for the combined Televisa-Univision company once the merger is completed. In her new position, Rodriguez’s responsibilities will include creative strategy and branding for the overall company, including networks and streaming, marketing and media strategy, talent strategy and insights, research, and social impact, equity and inclusion. For the last three years, Rodriguez was CMO and president of entertainment, responsible for the strategic vision, positioning and insights-driven programming strategy for Univision’s UniMás and Galavisión networks.

Juan Carlos Rodriguez has been promoted to president of sports enterprises. Sports is a crucial component of Univision’s current strategy and a key driver of its future transformation. Rodriguez has successfully grown Univision’s sports presence beyond television content and, in this expanded role, he will continue to ensure that Univision has the most powerful portfolio of Spanish-language sports rights in the world as well as oversee the growth of the new sports businesses in streaming, sports betting, combat sports and other sports-related growth opportunities globally.

“We are incredibly fortunate to have a deep bench of talent at both Televisa and Univision to draw from,” CEO Wade Davis said in a statement. “We have the right strategy, and following the closing of the Televisa-Univision merger, we will have the assets and market-leading position for this team to execute and capture the opportunity in front of us to be the largest and most compelling Spanish-language media company across all platforms.”

Univision Communications June 21 unveiled plans for a comprehensive global streaming service, which includes both free ad-supported and premium subscription-based options, to launch in the U.S. and Latin America in 2022.

The two-tier streaming service, which is targeting Netflix’s Spanish-language strategy and includes the launch of more than 30 original programs in 2021, says it would offer a differentiated product proposition, vast content scope, expansive library and more originals than any other streaming service.

According to a separate U.S. survey in March 2020, Hispanic Americans were the most likely to have a current Netflix subscription, with 63% saying that they subscribed to the service, compared with 51% of white respondents. Interestingly, Statista found that more Hispanic adults than respondents from any other ethnic group said that they had never heard of Netflix.

The Univision service will be fueled by full access to Televisa’s content library and IP as well as an ambitious slate of new originals. Miami-based Univision, under the direction of former Viacom CFO Wade Davis, plans to meld PrendeTV, VIX and Univision Now streaming services into one global service and brand. Brand, pricing and specific launch date for the service will be announced following the close of the Televisa-Univision merger later this year.

The ad-supported tier (AVOD) will be anchored by Univision’s current free Spanish-language streaming service, PrendeTV. This free tier will feature an upgraded, broadcast quality content proposition, including select originals, major studio films, premium Spanish-language titles, an expanded live sports offering and a unique 24/7 news service. In total the free tier will have over 100 linear channels and over 40,000 hours of wholly-owned and acquired content that will also be offered in VOD form.

The new premium subscription tier (SVOD) will feature more than 6,000 hours of Spanish-language content and more than 30 original productions exclusively on the service within its first year.

Univision has hired Rodrigo Mazon as EVP and GM of SVOD, reporting directly to Pierluigi Gazzolo, president and chief transformation officer. With more than 10 years experience in streaming, Mazon joins Univision from Netflix, where he most recently served as a VP of content. Mazon will be responsible for all elements of the SVOD service, including content and programming strategy, original content production, talent relations, content acquisitions from third-party producers and subscriber growth and retention.

Mazon’s appointment follows the recent addition of Michael Cerdá as Univision’s new EVP of product and engineering, streaming. Cerdá joined the company from Disney+, where he was global head of product, and oversees the product and engineering strategy for Univision’s streaming portfolio. Rafael Urbina, Univision’s EVP & GM, AVOD Streaming, continues to lead PrendeTV, and will lead the future free ad-supported tier both in the U.S. and internationally.

“Today’s announcement is a quantum leap in Univision’s transformation as we aggressively scale and expand our streaming capabilities to the nearly 600 million Spanish speakers around the world,” Gazzolo said in a statement.

“Rodrigo brings to Univision more than a decade of streaming experience from leading services such as Netflix and Hulu, where he established a proven track record of identifying programming trends that quickly engaged audiences as well as attracting notable creative talent across the entertainment industry.”

The SVOD tier will launch with more than 30 original productions throughout 2022.

“The previously announced merger between Televisa and Univision will create a company of unprecedented creative resources in the Spanish-speaking world,” Mazon said.

Davis, who closed the acquisition of Univision with third-party investors less than six months ago, said current streaming initiatives have resulted in generating more than seven million subscribers.

“Pierlugi has brought together some of the best streaming executives in the industry,” Davis said. “With this team and the resources we are allocating, we will launch a service that is differentiated, high quality and best in class.” 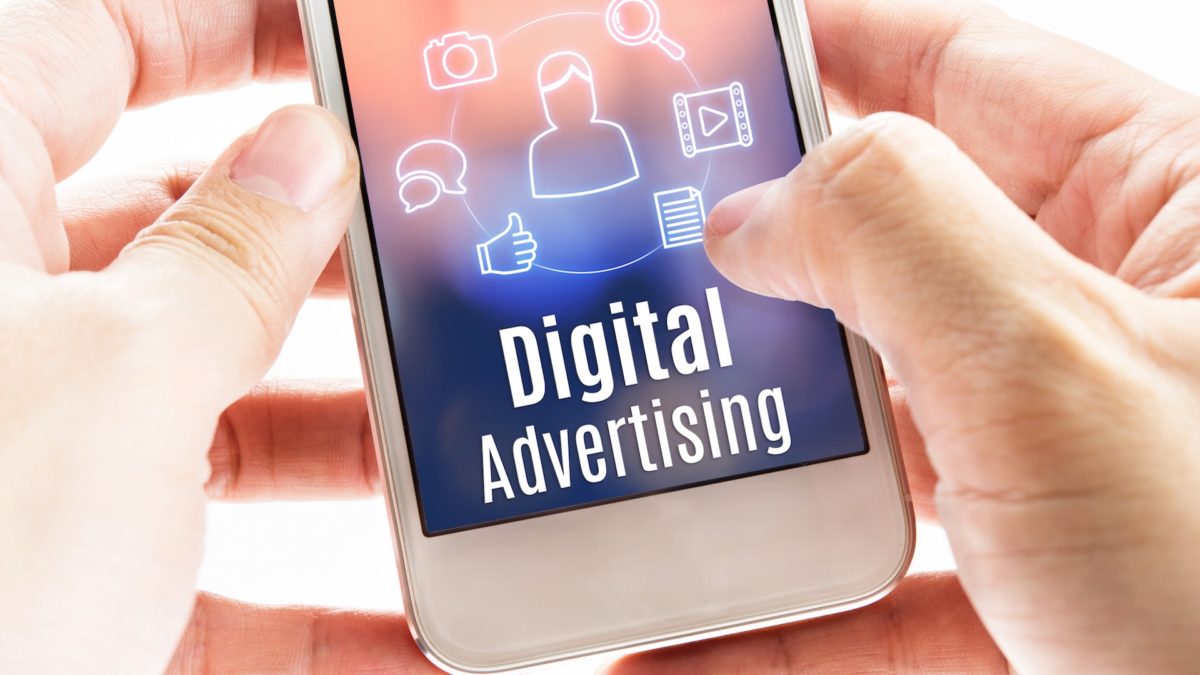 Amobee, which acquired ad software company Videology in 2018, made the announcements at the 2019 NAB Show in Las Vegas.

This new functionality gives advertisers the ability to deliver mass simultaneous reach across linear channels, alongside targeted, data-driven advertising on the Hub.

The ITV Hub, which has more than 28 million subscribers, saw a 32% increase in viewing in the past year with more than 446 million hours of online viewing.

“This agreement accelerates the strategic development of our VOD advertising capabilities and provides a technology platform that will enable ITV to create an industry standard for VOD to match the established system for linear advertising,” Carolyn McCall, CEO, ITV, said in a statement.

“Our partnership will unlock the value of advanced TV for both ITV and their customers across the United Kingdom,” added Kim Perell, CEO of Amobee.

“Our relationship with Amobee enhances our ability to create end-to-end solutions for clients who are seeking advanced data solutions and precision targeting against this valuable consumer segment,” said Steve Mandala, president of advertising sales and marketing at Univision. 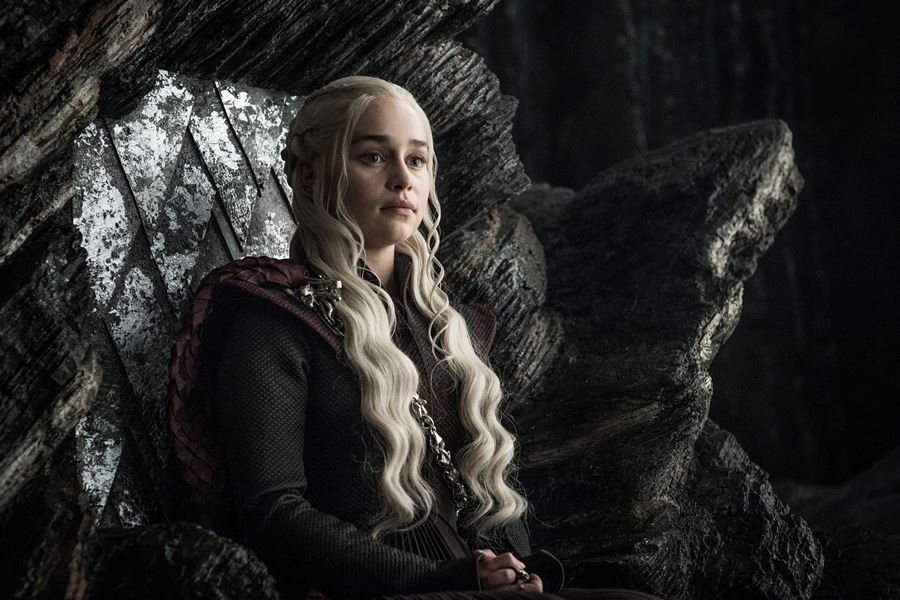 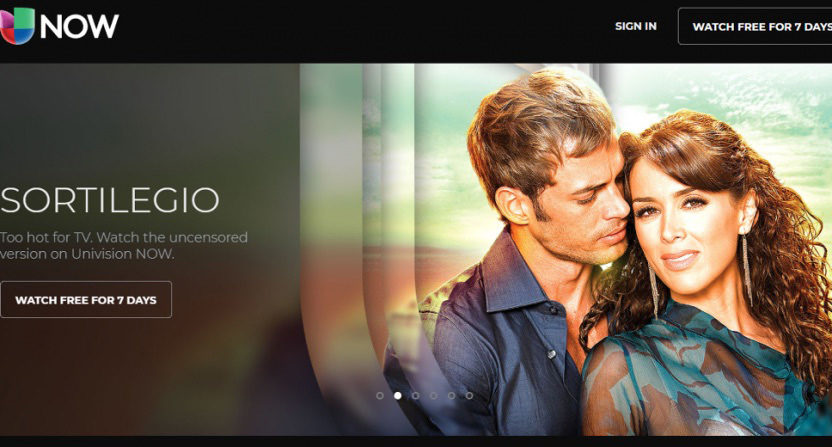