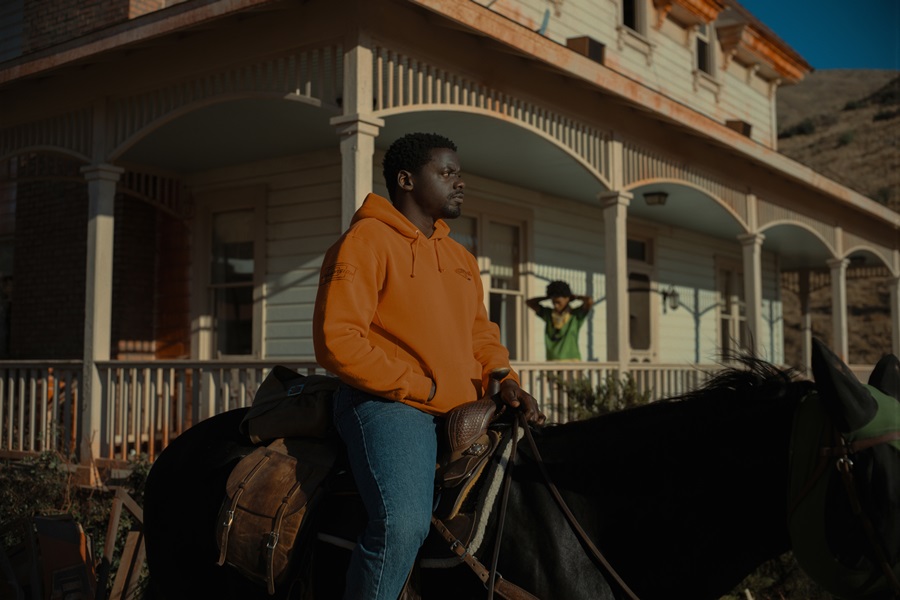 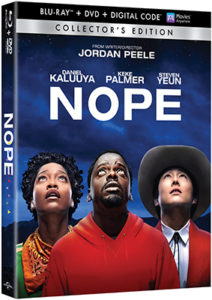 The film has been available for premium VOD rental since late August.

Written by, produced by and directed by Peele, Nope stars Daniel Kaluuya as a Hollywood animal wrangler, who along with his sister (Keke Palmer) start observing unexplained phenomena on their vast Southern California ranch. With the help of a neighbor and former child star turned family theme park ringmaster (Steven Yeun), they attempt to capture the mystery on camera, but chasing the spectacle could bring terrifying consequences. The result is a complex social thriller that unpacks the seeds of violence, risk and opportunism that are inseparable from the romanticized history of the American West and show business.

The film earned $122.2 million at the domestic box office.

Disc extras include deleted scenes, a gag reel, and the featurettes “Call Him Jean Jacket,” about a mysterious entity in the film, and “Mystery Man of Muybridge,” a deep dive into “Eadweard Muybridge’s “The Horse in Motion” and how it relates to the story of Nope.

The Blu-ray and 4K Ultra HD Blu-ray editions will also include the 56-minute behind-the-scenes documentary “Shadows: The Making of Nope.”