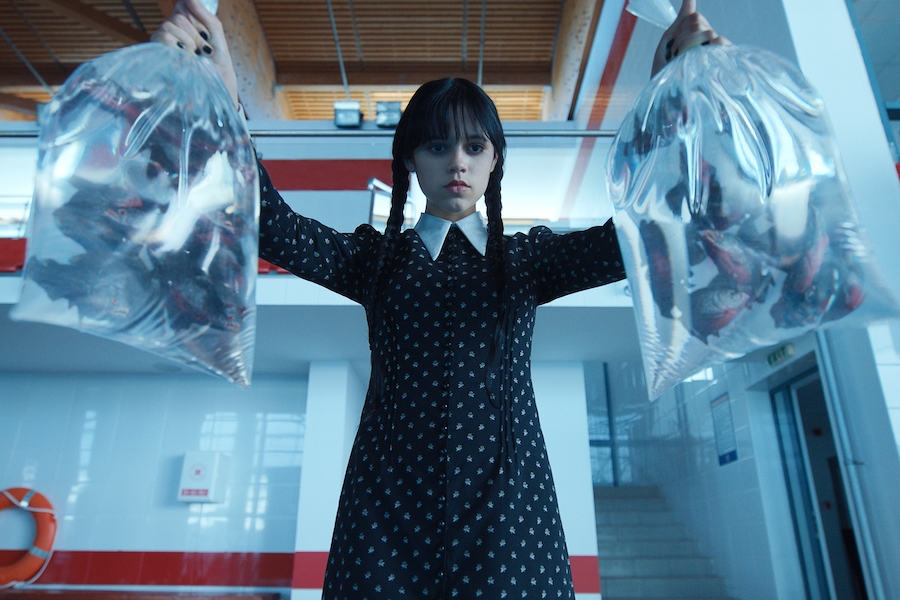 Starring Jenna Ortega as the title character, the Tim Burton-produced series has become a global hit on track to match Netflix’s surprise South Korean behemoth “Squid Game,” which to date is the most-viewed program ever on the platform with more than 1.6 billion hours viewed.

Netflix Dec. 6 disclosed that “Wednesday” has generated more than 752 million hours of viewership since its Nov. 23 debut. The streamer says the show has been seen by more than 115 million subscriber homes to rank No. 3 on the all-time most-viewed shows in the first 28 days.

Co-CEO/chief content officer Ted Sarandos called out the show during an appearance at the UBS Global TMT confab in New York City.

“[‘Wednesday’] is chasing ‘Squid Game’ right now for the most-watched show in the world,” Sarandos said.

“Nobody has done that before,” Sarandos said, adding that subscriber engagement is key to Netflix’s ongoing content spending ($17 billion) and profitability.

“It’s a top three show in Korea, India and Japan, which are all the places that really have a preference for local content,” Sarandos said. “So, we’re strengthening both our ability to make local content, but are even better doing it from just about anywhere. And having that emphasis on the local market helps us tremendously is storytelling from pretty much everywhere, which gives us a lot more variety in storytelling.”