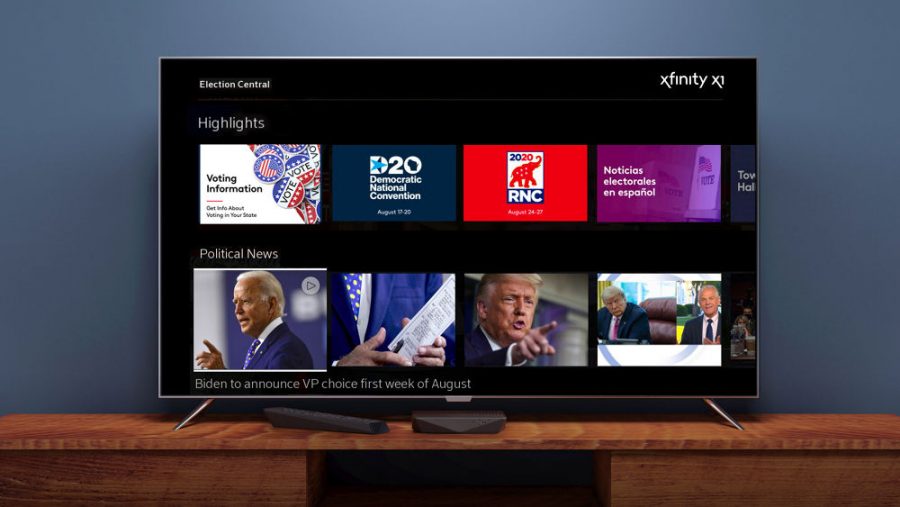 With the national elections heating up and general news viewership on Xfinity platforms up 38% from the same time period last year, Comcast Aug. 18 is launching Election Central, now available on X1 and Flex — the latter a broadband based non-cable online TV service.

Election Central is designed to help subscribers access the latest information on voting in their state via their Xfinity Voice Remote and makes all the latest election news and happenings available in one place in both English and Spanish.

Additionally, X1 and Flex customers can say “How to vote” or “Cómo votar” into the Xfinity Voice Remote to find general voting information such as how to register, how to vote this year, and breakdowns of the key 2020 races. And for the first time, by selecting the tile that says “Voting Information” or “Información para votar,” customers will be able to enter their mobile number and receive a link to vote.gov, the official U.S. government voter information website with information on voting in their specific state.

Through platform, X1 and Flex customers can also find live and on demand coverage and highlights of the Democratic and Republican National Conventions on their preferred network within the “Choose Your News Row.”

Historical moments from campaign trails, including coverage from Democratic and Republican National Conventions dating back to 1948, as well as documentaries and specials.

On demand episodes from political affairs shows, including ABC News’s This Week, CBS News’s Face the Nation, CNN’s State of the Union (X1 Only), Fox News Sunday, and NBC’s Meet the Press.

Podcasts for news and analysis, including the Chuck Toddcast from NBC News, The Ben Shapiro Show, The Daily from The New York Times, The Glenn Beck Program and Up First from NPR.