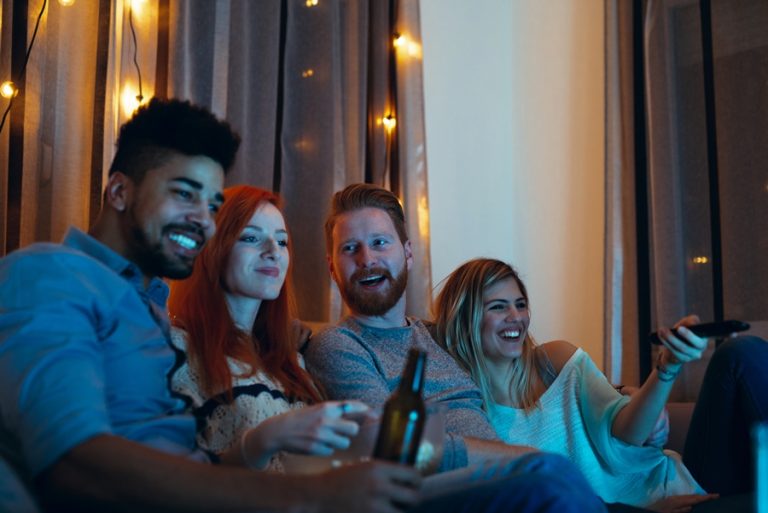 Younger consumers (16-24 years old) in the United Kingdom now watch almost seven times less scheduled TV than those aged 65 and over, as the generation gap in media habits reaches a record high, according to new data from Ofcom, the government regulator for communications services in the United Kingdom.

The younger demo spends less than an hour (53 minutes) in front of broadcast TV in an average day — down 66% in the last 10 years.

By comparison, the older demo still spends around 33% of their waking day consuming broadcast TV, sitting down for almost six hours (5 hours and 50 minutes) daily. This is actually slightly higher than a decade ago.

Ninety percent of 18- to 24-year-old adults bypass TV channels and head straight to streaming, on-demand and social video services when looking for something to watch, with Netflix the most common destination.

After years of strong growth, the number of homes using streaming services began to slow in the U.K. in 2021, before starting to decline in spring of this year.

As the rising cost of living puts pressure on household budgets, the number subscribing to at least one streaming service fell by more than 350,000 to 19.2 million.

However, cancellations do not necessarily represent customers that have been lost for good. Ofcom’s survey of subscribers who canceled earlier this year found that almost three quarters (73%) of customers said they thought they would resubscribe — reflecting the flexibility that allows customers to pick up and drop subscriptions depending on changes in programs, needs or circumstances. 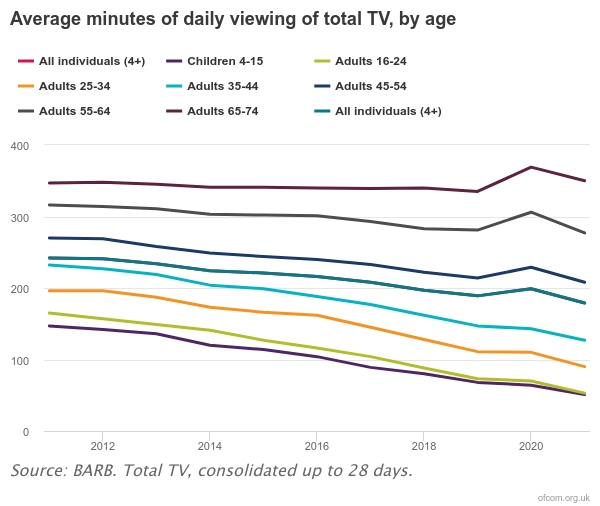 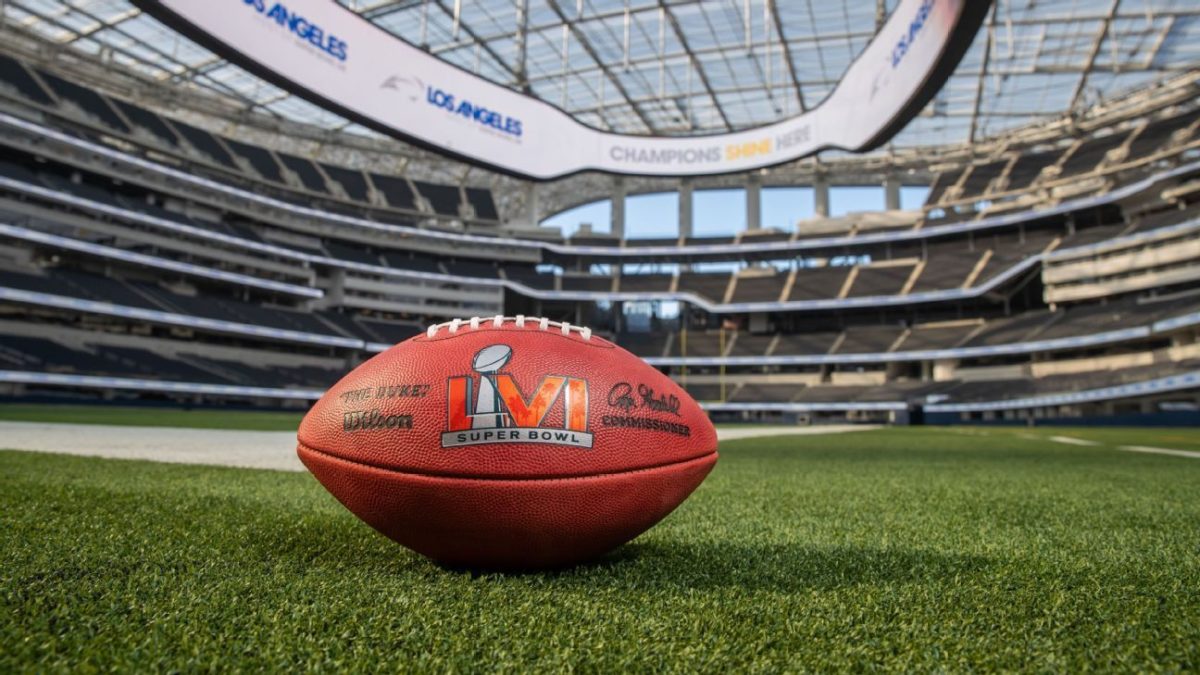 About 49% of viewers for the pending Feb. 13 Super Bowl LVI between the Los Angeles Rams and Cincinnati Bengals will use digital media, while 51% will watch the game on linear television, according to new data from Adtaxi, a digital marketing agency. Citing a Jan. 14 survey of 1,127 adults across U.S. geographic regions, income levels, gender and age, 64% of respondents chose streaming as their preferred method of content consumption.

Additionally, 46% of respondents said they will interact with various forms of digital media while watching the game: 31% state they will be using social media, 15% will be on a sporting website, and 8% will be using online forums.

“With nearly half of Americans (46%) utilizing digital media while watching the big game, it will be important for marketers to prioritize multiple platforms,” Chris Loretto, EVP of Adtaxi, said in a statement. “The key to resonating on these social and streaming platforms will be a voice and strategy that is highly adaptable to changing circumstances and evolving preferences.”

The survey found that the percentage of Americans still paying for cable services has fallen below 40%. Cable penetration was over 50% just three years ago. Not only is cable losing penetration, but the survey also found that less than half (36%) of respondents turn to cable when they turn on the TV.

In 2022, 33% of respondents said they plan to cancel their cable subscription, up from 31% in 2021 and 28% in 2020. For those wanting to move away from cable, 22% claim they like the option of “binge watching” shows on streaming services, and 27% want to watch content on their own time schedule.

“We can anticipate continued declines due to viewing preferences and cost, the multitude of streaming-capable devices over TV sets in the home, and increased competition directly from streaming services,” said Murry Woronoff, director of research at Adtaxi. “Comcast alone lost 1.5 million TV subscribers in 2021.”

The survey found that 92% of respondents stream some form of video content. The majority do so through either connected TV (64%), followed by smartphone/mobile device (54%) and/or laptop (38%).

According to the survey, two-thirds (64%) of consumers make streaming their default setting — the first thing they check for content. One-third of TV streamers obtain 100% of their video content from such services and 77% of TV streamers get the majority (over 50%) of their content via streaming services.

Notably, due to the pandemic, over two thirds (69%) of respondents said they do not plan to go back to the movie theater if new movies are available via streaming.

When asked what streaming services respondents had used in the past 30 days, 71% had used Netflix, 63% used Amazon Prime Video, 53% used YouTube TV, 44% used Hulu and Disney+, and 32% used HBO Max. Out of all the services listed (30), the majority of respondents (38%) said Netflix was the outlet they use most often followed by YouTube (14%). 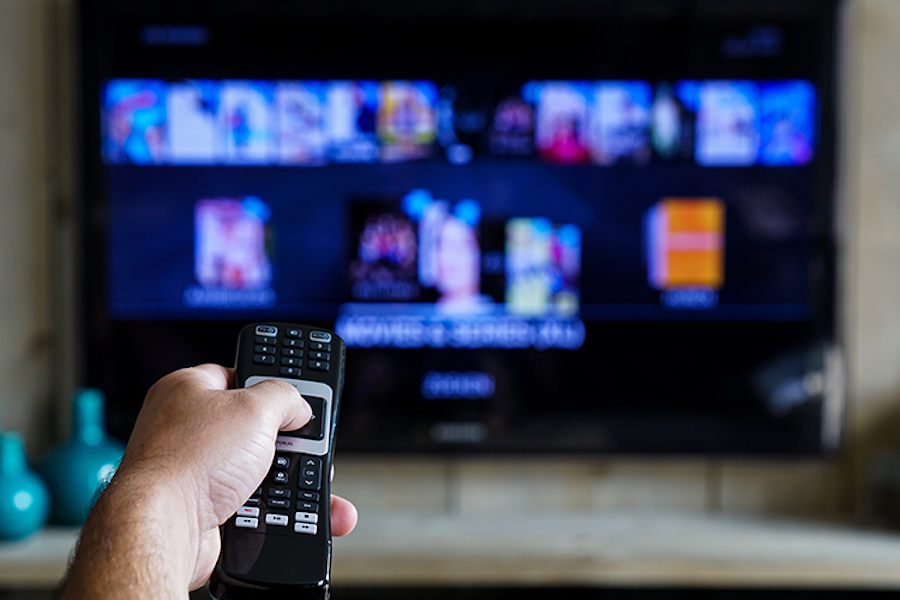 Nothing like a pandemic to get Americans crowded around the television again.

New data from Comscore indicates much higher ratings for local TV stations during COVID-19, driven in part by a much broader demographic representation of viewers than is typically observed during news segments. 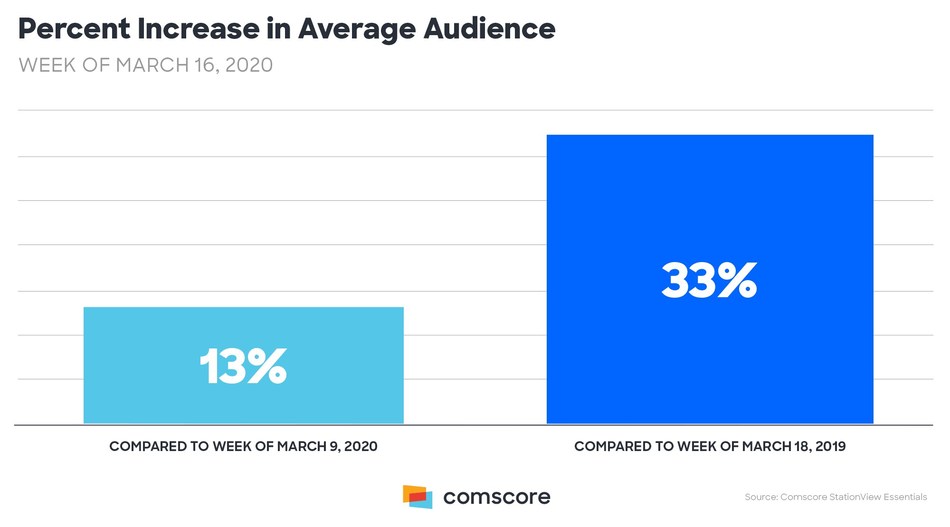 Looking first at households with adults ages 50 and older, these homes saw increases in viewership compared to both weeks — up 12% viewing increase from the week of March 9 to March 16, and a 29% increase over the previous year’s week of March 18. Surprisingly, households with adults ages 18-34 showed the largest increase in viewership from the same week in 2019.

Local news viewership jumped significantly from the same week in 2019, especially among middle-earning households in the $75,000-$99,999 yearly income range, which saw a 50% increase in viewership.

Looking at overall increase in average audience rather than the percentage increase, Comscore found that local news viewing in the top 25 markets increased by well over a million households making between $0 and $100,000 each year compared to this time in 2019.

The $75k-$100k income group constitutes the smallest population of these three income breaks, only making up about 15 million households nationally, which is why it constitutes the largest percentage increase among the other income breaks, yet the smallest gross increase. However, these households were likely among those most impacted by stay-at-home mandates and the closure of non-essential businesses.

Changes in television viewership during the coronavirus pandemic can also be observed among Hispanic and Asian-American households. The increases were significantly higher when looking at the week of March 16 compared to the previous year. Viewing among Hispanic households is up 42%, while viewing in Asian households increased 62%.

Compared to the same week in 2019, there are an average of around two million more households tuned in to local newscasts in the top 25 television markets. Nearly half a million of these new viewing homes are Hispanic households.