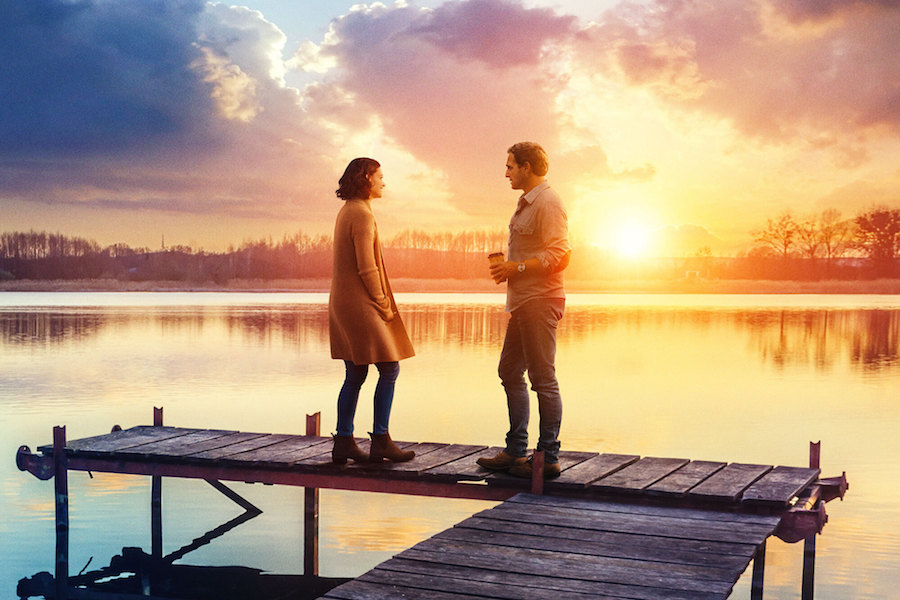 Lionsgate’s The Secret: Dare to Dream was the top movie in terms of revenue on FandangoNow for the week ended Aug. 2.

The film, released July 31 for premium VOD rental at $19.99 for 48 hours, stars Katie Holmes and Josh Lucas and is based on the best-selling book The Secret.

“Thanks to its good-natured charm, the chemistry of the cast and its focus on the power of positive thinking, The Secret: Dare to Dream has risen to the top of the charts on FandangoNow,” Fandango managing editor Erik Davis said in a statement. “It’s the right time for this kind of release, offering the kind of uplift and inspiration that families are looking to experience at home during challenging times.”

Coming in at No. 2 was Universal’s psychological thriller You Should Have Left, starring Kevin Bacon and Amanda Seyfriend and released digitally July 28 for rental and purchase.

Taking the bronze on the chart was Warner’s Deep Blue Sea 3, the third installment in the shark attack action film series, available for digital purchase July 28.

FandangoNow’s top 10 titles for the week ended Aug. 2 in terms of revenue were: 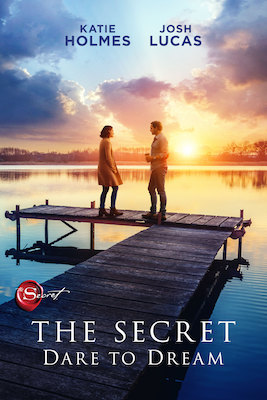 A timely feel-good movie for these uncertain times, director Andy Tennant’s romantic take on the self-actualization best-seller by Rhonda Byrne, The Secret: Dare to Dream stars Katie Holmes as a widowed single mother who is burdened by debt and lives in a crumbling house with her three young kids. Enter Josh Lucas’ enigmatic character, Bray, who literally collides with Holmes’ Miranda and proceeds to fix her car bumper and her roof, rousing a modicum of suspicion and jealousy from her fiancé, Tucker (Jerry O’Connell).

Bray also offers sage words of advice to Miranda and her children, which prompts one of them to ask, “Are you sure you’re not from California?” Miranda, skeptical at first, later concedes to his positive thinking philosophy when she says to him: “I think we collided for a reason.”

Byrne’s book and documentary The Secret delves into the new age belief in the Laws of Attraction: That is, think positively, and positive things will come to you.

The movie expands this concept into a story of family, of hope and the notion that if you wish hard enough, you may just get the proverbial pony you’ve always wanted. 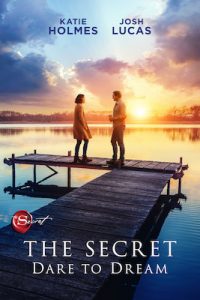 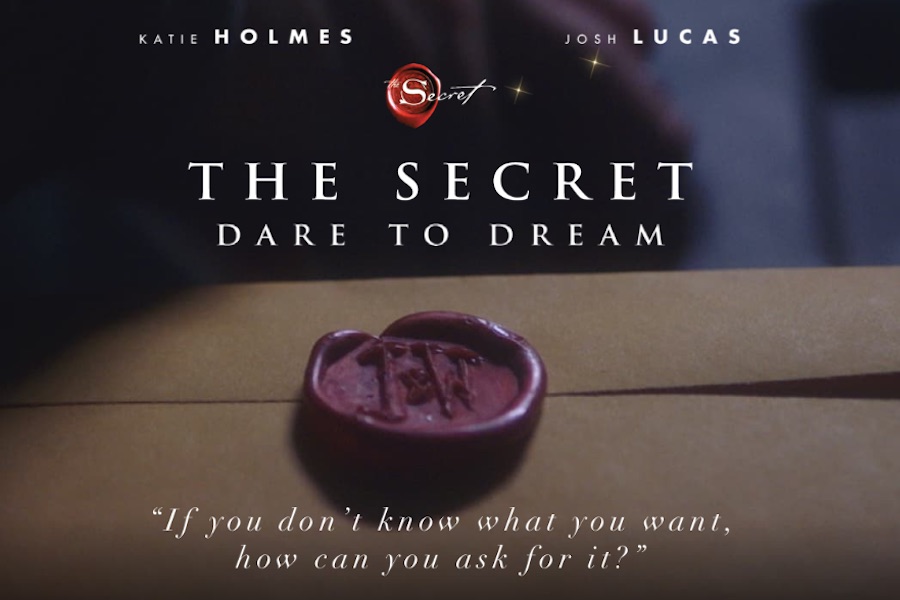 Gravitas Ventures has acquired all North American rights to The Secret: Dare to Dream, the feature film inspired by Rhonda Byrnes’ bestseller, from tri-G Films, and has partnered with Lionsgate and sister company Roadside Attractions for all U.S. theatrical, home entertainment and television distribution.

The film is slated for an April 17 theatrical release.

Starring Katie Holmes (All We Had, Logan Lucky, The Gift) and Josh Lucas (Sweet Home Alabama, What They Had, “Yellowstone”) with Celia Weston (Knight and Day, The Intern) and Jerry O’Connell (“Billions,” Stand by Me) and directed by Andy Tennant (Hitch, Sweet Home Alabama), The Secret: Dare to Dream centers around Miranda Wells (Holmes), a hard-working young widow struggling to raise three children on her own. A powerful storm brings a devastating challenge and a mysterious man, Bray Johnson (Lucas), into her life.  In just a few short days, Bray’s presence re-ignites the family’s spirit, but he carries a secret — and that secret could change everything.

“We’ve had the good fortune to digitally distribute the documentary version of The Secret for more than a dozen years and we’re confident that The Secret: Dare to Dream is coming at the perfect time,” said Gravitas Ventures’ president Michael Murphy in a statement. “Audiences will love this feel-good movie. Partnering with tri-G founder Joe Gelchion, author Rhonda Byrne, Lionsgate and Roadside Attractions on the feature film is a dream come true for us.”

“When we first screened The Secret: Dare to Dream, we saw the potential to tap into the empowering movement Rhonda Byrne established with her book,” said Lionsgate EVP of strategic planning and business development Geobert Abboud in a statement. “It is an iconic property with an uplifting message and a global fanbase, and we’re very excited by the opportunity to bring it to audiences next year.”

“It is no secret that Rhonda created a juggernaut with her book in 2006 and we are thrilled to bring the film not only to her devoted fans but new audiences as well in April 2020,” added Roadside Attractions’ co-presidents Howard Cohen and Eric d’Arbeloff in a statement

“From the day I launched tri-G, I was committed to being involved with projects that carried a message of hope and inspiration to all viewers of all ages,” said tri-G’s Joe Gelchion in a statement. “The Secret: Dare to Dream is exactly one of those movies. It’s an honor and blessing to be part of this.”

The 2006 book by Byrne has sold more than 34 million copies worldwide, has been translated into 50 languages and has appeared on The New York Times bestseller list for 190 weeks.