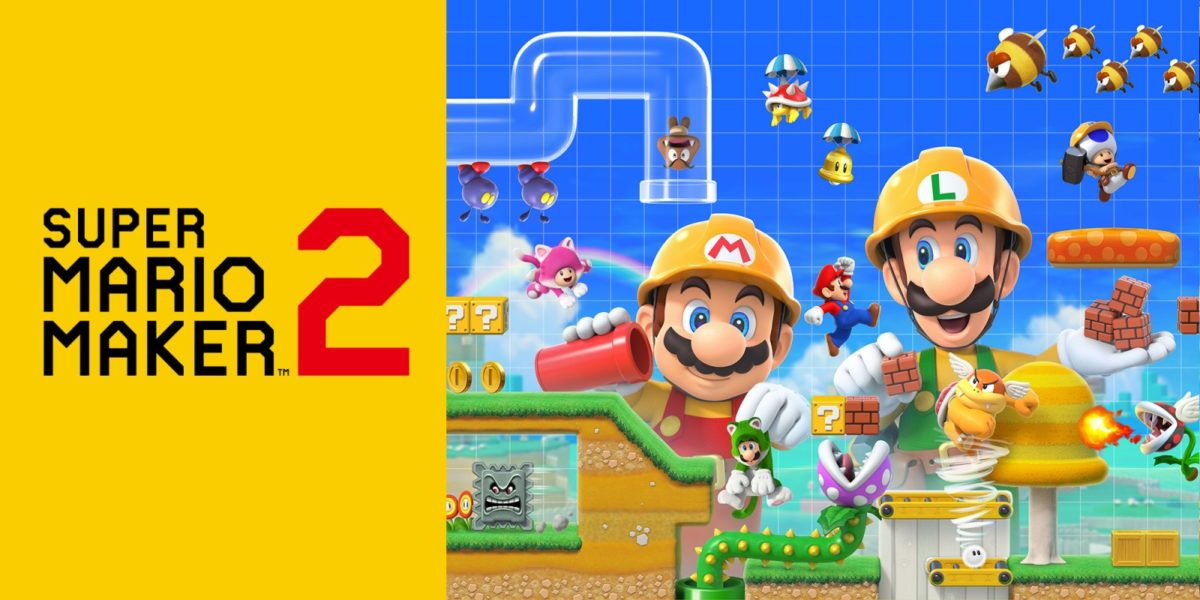 Anticipation of new hardware in 2020 continues to undermine the video game industry in 2019.

New data from The NPD Ground found that total industry sales dropped 13% in June to $959 million compared to $1.1 billion the previous-year period.

Sales of video game hardware and titles dropped 11% to $641 million in May compared to sales of $720 million during the previous-year period, according to new data from The NPD Group.

It was the worst May for software sales in six years. Sales of accessories and game cards remained flat at $230 million.

Analysts contend the slowdown is largely due to consumers waiting for pending new edition – i.e. Microsoft’s Project Scarlett – consoles in 2020.

Indeed, Pachter doesn’t expect the next console cycle to eliminate physical discs altogether. He says consumers still value physical games for their portability, ease of gift giving and the ability to trade them in at retailers such as GameStop and Best Buy.

“Notwithstanding dire pronouncements about the imminent demise of physical media, our covered game publishers still sell over 50% of their console games in physical form,” Pachter wrote. 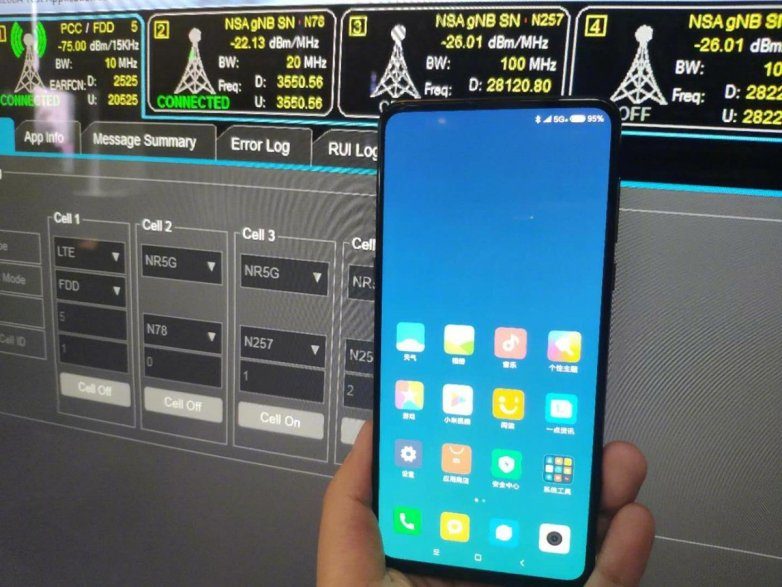 Next-generation 5G mobile wireless network technology may be more hype than reality at the moment. But consumer awareness of the fifth-generation wireless technology successor has reached mainstream, according to new data from The NPD Group.

The report – based consumer panel research of 3,600 U.S. cellphone users completed in February – found 33% of smartphone owners interested in purchasing a 5G-enabled smartphone once available.

Millennials reported have the highest potential (49%) to make the move to 5G, while consumers on unlimited data plans, who NPD says value downloading and streaming video content, are slightly less eager (43%) to purchase a 5G-enabled smartphone.

“In the last several days, we’ve seen the first 5G-enabled smartphone announcements and as expected, the devices are coming with a premium price tag, due to economies of scale, and a slightly larger form factor, given the hardware needs, than what consumers have become accustom to,” Brad Akyuz, executive director, industry analyst, NPD Connected Intelligence, said in a statement. “While consumer sentiment is positive, cost, form factor, and availability of 5G services will ultimately determine whether consumers will upgrade to 5G-enabled smartphones to enjoy much faster connection speeds.”

Amazon is the undisputed e-commerce behemoth, generating about $53 billion in revenue in its most-recent fiscal quarter — nearly five times the revenue generated by Walmart.com.

Yet, new data from The NPD Group finds 29% of U.S. online consumer electronics dollar sales were made through traditional retailer websites for the 12 months ending in June. During this timeframe, the retailer ecommerce sites gained online dollar share over third-party ecommerce (i.e. Amazon) primarily in high average sales prices (ASP) for products such as TVs, PCs, tablets, and printers.

Traditional retailer websites made up 46% of online U.S. consumer electronics dollar sales for these higher ASP items, up 3% from the prior-year period. For lower ASP items they make up 13% of dollar sales, as pure play online retailers still dominate this more ‘grab and go’ segment.

“Across the retail landscape traditional retailers are finding success in bringing what they do well in store to the online channel,” Stephen Baker, VP, industry advisor for the TNP Group, said in a statement.

Baker said traditional retail is competing effectively with Amazon and others for higher-priced items by leveraging their merchandising expertise and the strong in-store product selections on their e-commerce platforms.

“This approach is clearly paying off in the CE industry, as evidenced by growing online sales across a variety of categories,” he said. 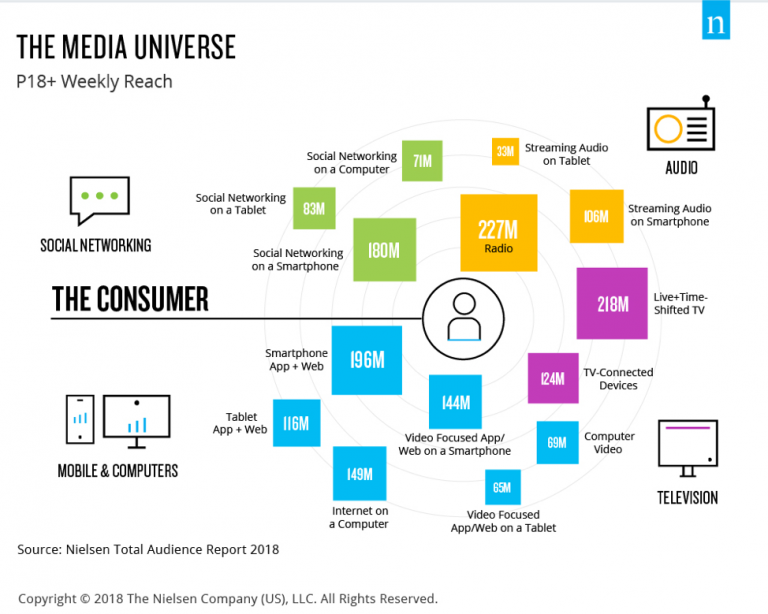 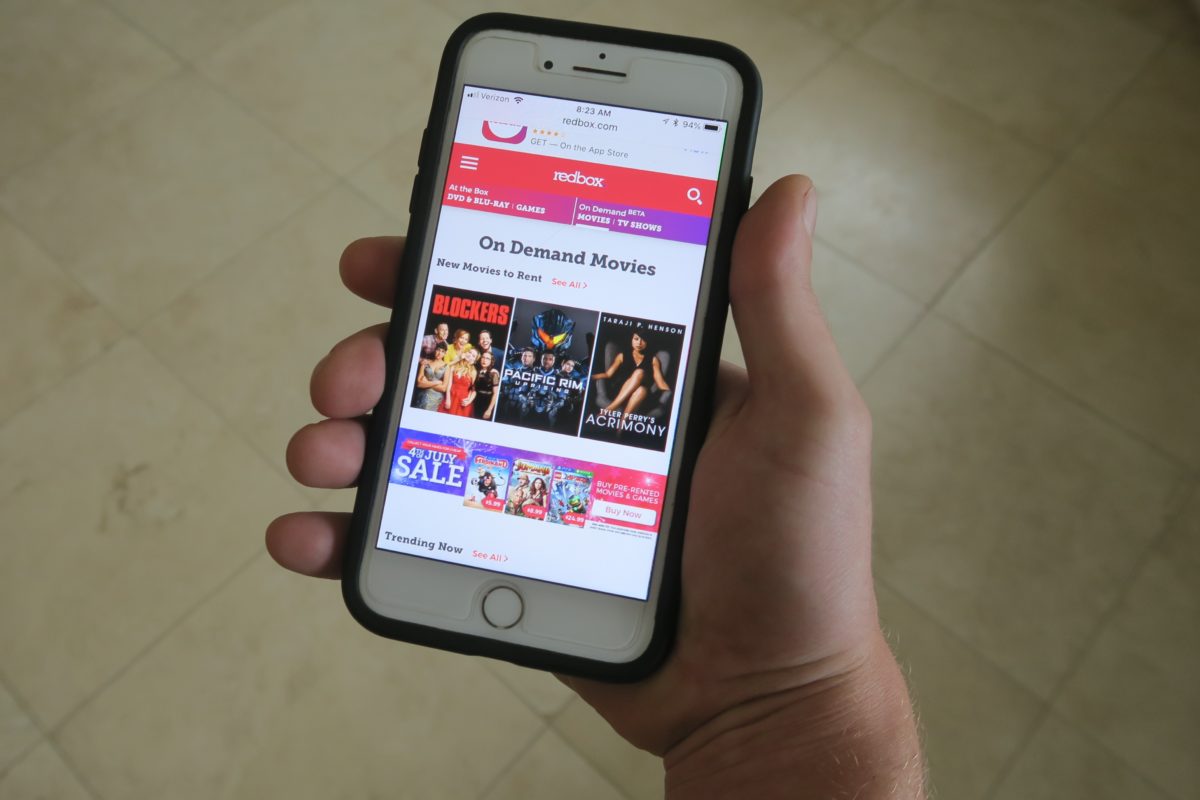 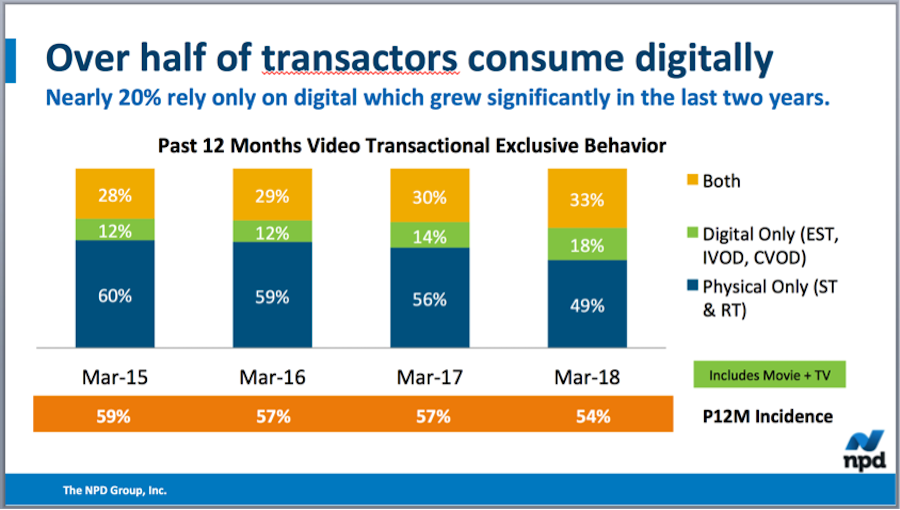 The NPD Group June 18 reported that consumers looking to upgrade their television are focusing on larger screen size, in addition to enhanced picture quality.

The number of consumers that reported replacing an existing TV with a 4K/UHD TV grew from 23% in November 2017, to 28% in February. Desire for a high-quality TV in the living room has been a primary factor in the increase in demand for 4K/UHD, as nearly 62% of 4K/UHD replacement TVs purchased were installed in the living room.

“Approximately 90% of the installed base of TVs in the U.S. is not yet 4K/UHD, meaning there is tremendous opportunity to accelerate the replacement cycle with updated, quality TVs,” Stephen Baker, VP, industry advisor at NPD, said in a statement.

Through February, TV sales of 55-inch and larger screens have grown by 8%, now representing 33% of U.S. unit sales volume. Many of these big screen purchases are being made to replace smaller screens in the home – most notably in the living room.

“While the number of installed TVs per U.S. household has shrunk slightly in recent years, consumers are continuing to spend on the primary TV in their home, upgrading it to the biggest screen and the best picture they can afford,” said Baker. “Despite the fact that content viewership is splintering among devices, it’s important to note that demand for a great TV to occupy a prominent position in home is not diminishing.”