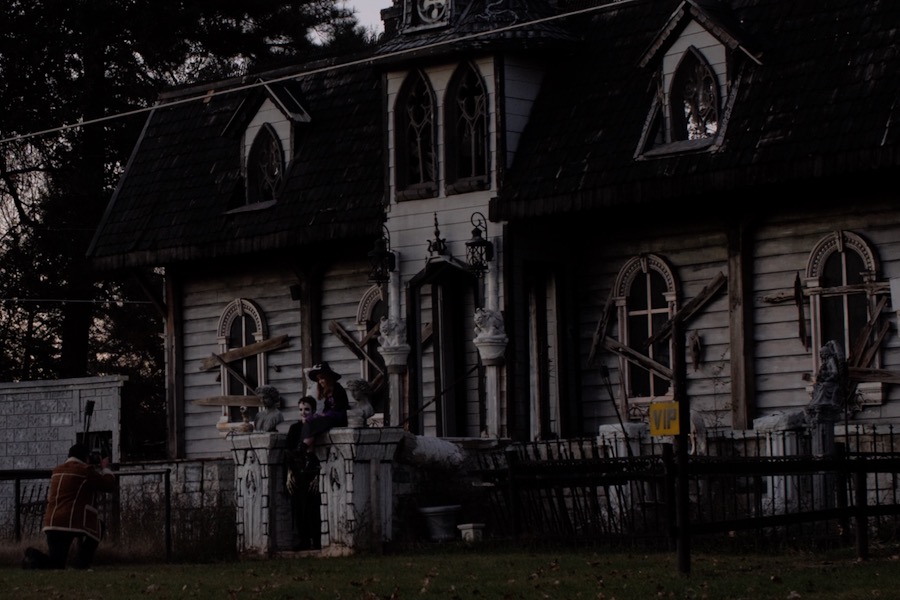 The horror drama Autumn Road will come out on VOD Nov. 23 from Gravitas Ventures and The Last Motel.

The film follows a young woman who returns to her hometown 10 years after her sister vanished trick-or-treating. Along the way she becomes entangled with two idiosyncratic identical twins from her childhood who now run the town’s roadside haunted house. With nowhere else to go, she is drawn deeper and deeper into their world of scares, secrets, and enchanting house of horrors. While one twin pulls her closer, the other’s threats and scare tactics escalate to a breaking point where he must decide what lines he’s willing to cross. At the same time, her connection with her sister is growing as she starts to unearth new information about who she was and what happened that night all those years ago.