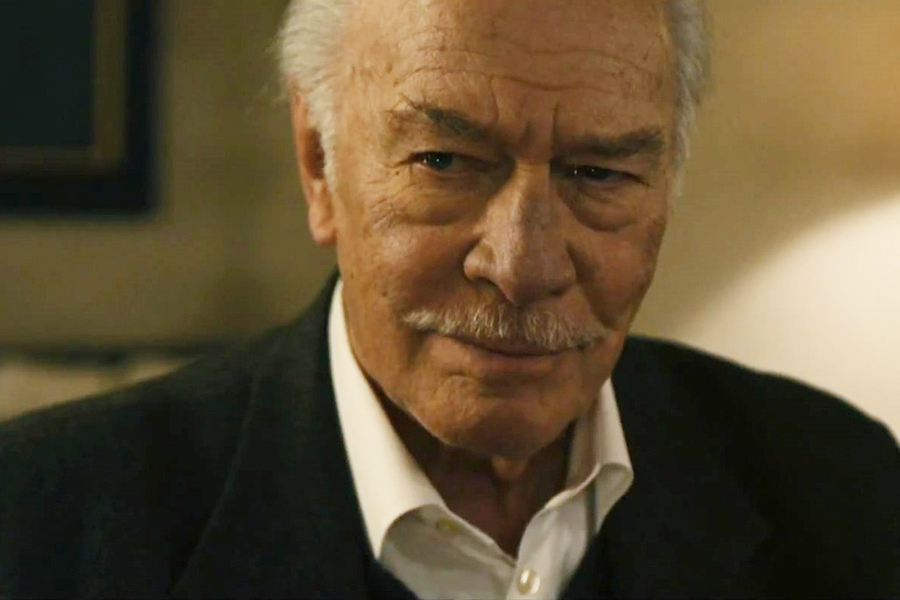 The Canadian-born actor enjoyed a more-than 70-year career on stage and screen, beginning in the late 1940s with the Montreal Repertory. He would later enjoy a reputation as a top Shakespearean actor.

He made his film debut at age 28 in Sidney Lumet’s 1958 drama Stage Struck. He later gained wide acclaim playing Capt. Von Trapp opposite Julie Andrews in the 1965 musical The Sound of Music.

Other notable roles included Oedipus in 1967’s Oedipus the King, Sherlock Holmes in 1979’s Murder by Decree, Van Helsing in Dracula 2000, Santa Claus in Blizzard (2003), Scrooge in The Man Who Invented Christmas (2017), and the title character in 2009’s The Imaginarium of Doctor Parnassus, Heath Ledger’s final film.

In 1974, Plummer took on the role of Sir Charles Litton in The Return of the Pink Panther, replacing David Niven, who originated the character in 1963’s The Pink Panther.

Plummer’s presence in a project lent it instant gravitas and heft. In 1999, he played journalist Mike Wallace in Michael Mann’s The Insider, the story of CBS’s “60 Minutes” taking on Big Tobacco.

In 2004 he had a short but memorable scene at the beginning of Disney’s National Treasure, as the wise grandfather who sets Nicolas Cage’s Ben Gates on his treasure-hunting ways.

Staying with Disney, he voiced Charles Muntz, the antagonist in Pixar’s 2009 film Up.

He will be best known to “Star Trek” fans as the villainous Klingon General Chang in 1991’s Star Trek VI: The Undiscovered Country, chewing up the scenery as he recites Shakespeare with glee while attacking Capt. Kirk and the starship Enterprise. Director Nicholas Meyer, a Shakespeare enthusiast, reportedly cast him so he could direct one of his favorite Shakespearian actors reciting Shakespearian dialogue, which Meyer kept adding to the script.

Plummer had been longtime friends with “Trek” star William Shatner, who was Plummer’s understudy for a 1956 production of Henry V and took over the role when Plummer had to step away to deal with a kidney stone that had been dislodged during an amorous encounter.

In his 2012 autobiography, In Spite of Myself, Plummer joked that his so-called “sex injury” ended up making Shatner a star.

Among Plummer’s final roles was in Rian Johnson’s murder mystery Knives Out in 2019, in which he plays author Harlan Thrombey, whose death kicks off the story.

His final on-screen role was in the 2019 war drama The Last Full Measure, as the father of a soldier nominated for the Medal of Honor.

Plummer was nominated for three Academy Awards, all for Best Supporting Actor, for 2009’s The Last Station 2011’s Beginners and 2017’s All the Money in the World. He won for Beginners, becoming at age 82 the oldest performer to ever win a competitive acting Oscar, for playing an elderly man who decides to come out after the death of his wife.

His role as J. Paul Getty in director Ridley Scott’s All the Money in the World became highly publicized because he shot his scenes in 10 days to replace Kevin Spacey, who had been hit with allegations of sexual misconduct. The film was otherwise finished and ready for release, but the reshoots caused further controversy regarding the seeming disparity in what actors Mark Wahlberg and Michelle Williams were paid to return the new scenes, touching off a gender equality debate in Hollywood. The fact that he replaced another actor made Plummer something of a meme among Internet commentors joking that he could replace Spacey in older films, or other actors now deemed “problematic.” Plummer’s Oscar nomination at age 88 made him the oldest person to be nominated in an acting category.

Plummer also won two Tony Awards — Best Actor in a Musical for Cyrano (1974) and Best Actor in a Play for Barrymore (1997) — and two Emmys — Outstanding Actor in a Limited Series or Movie for Arthur Hailey’s the Moneychangers (1976), and Outstanding Voiceover Performance as the narrator of “Madeline” (1993). His chance at the noted EGOT was thwarted due to coming up short in his lone Grammy nomination, in 1986 for Best Recording for Children for E.T.A. Hoffman/Tchaikovsky: The Nutcracker.