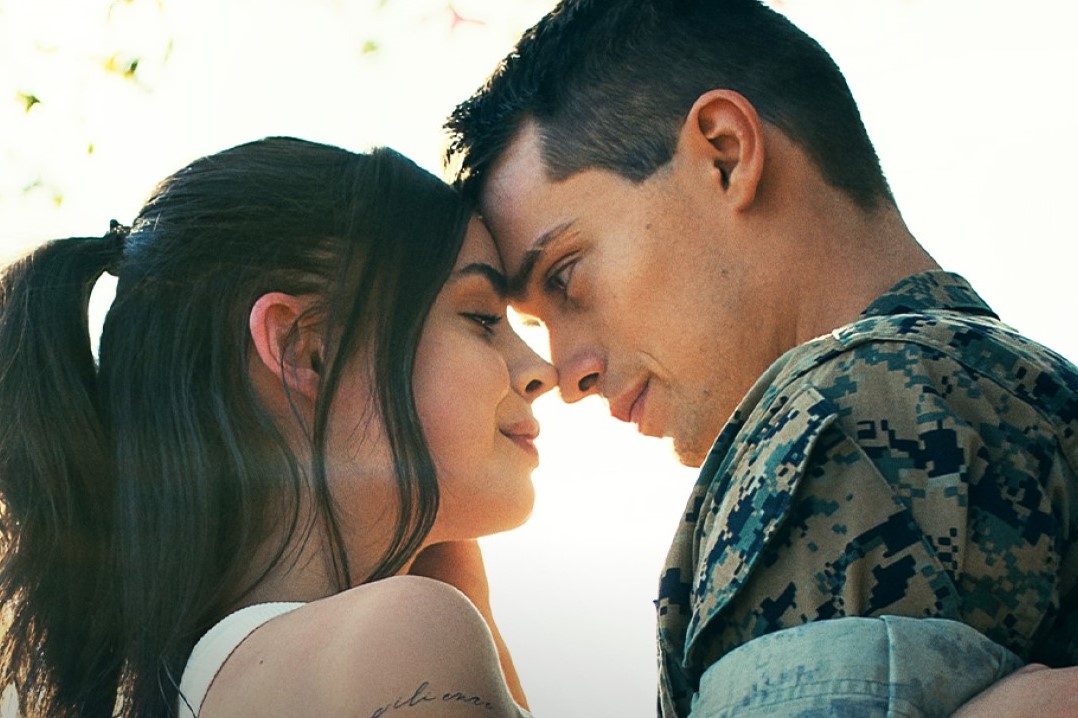 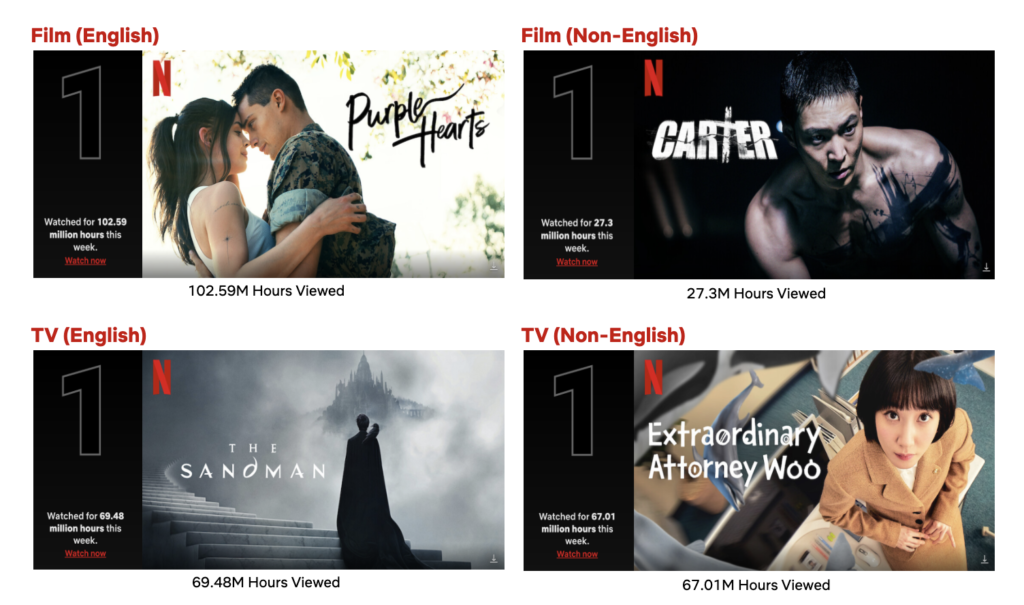 Over 30 years after the release of the initial comic book upon which it is based, Netflix subs are streaming “The Sandman,” which debuted in the No. 1 spot on the English TV list with 69.48 million hours viewed. Over the course of 10 episodes, audiences are taken on an epic fantasy where “dreams never die.” Starring Tom Sturridge, the dark fantasy series appeared in the Top 10 in 89 countries.

From Emmy Award-winning co-creators Darren Star and Jeffrey Richman, “Uncoupled” made its way onto the list with 26.52 million hours viewed. The rom-com starring Neil Patrick Harris was in the top 10 in 47 countries. With 20.28 million hours viewed, investigative docu-series “Trainwreck: Woodstock ’99″ gave members a glimpse into the festival gone wrong. 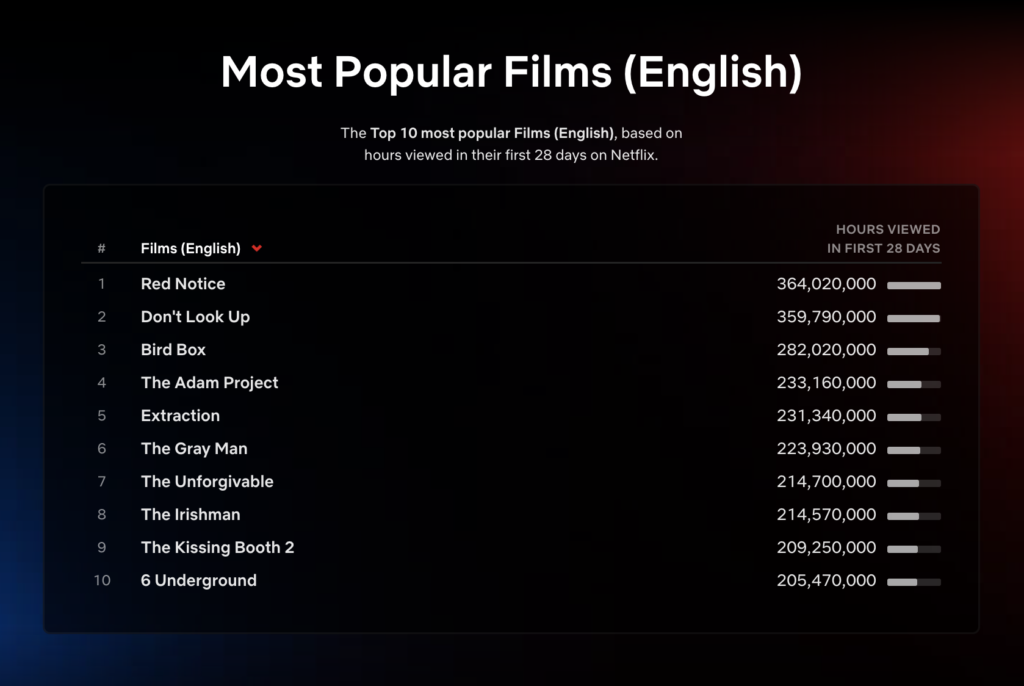 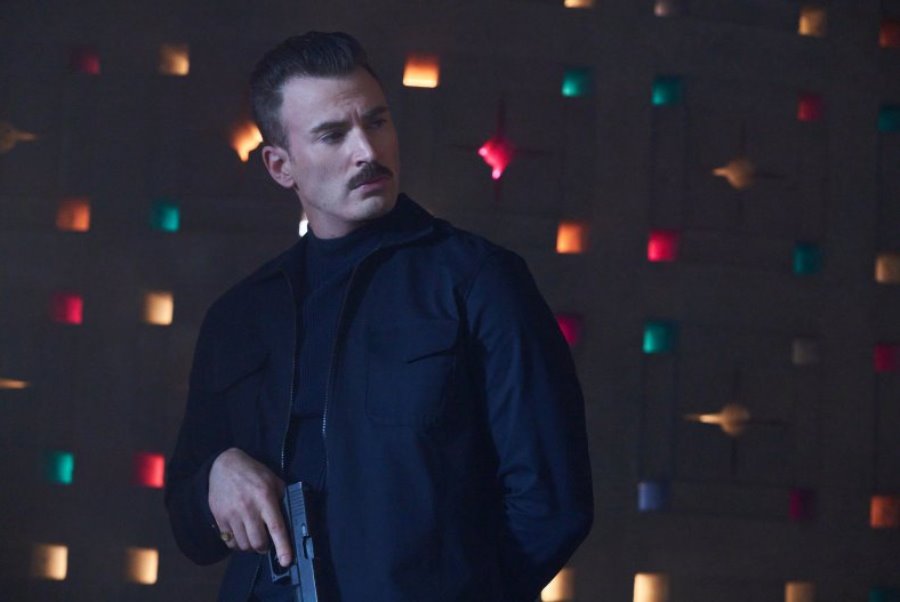 Netflix subscribers couldn’t get enough of the action in The Gray Man, which was the most-watched title the week ended July 31 with 96.47 million hours viewed. Starring Ryan Gosling, Chris Evans and Ana de Armas, the movie captuered the top 10 in 93 countries.

Keen viewers might have also caught a few Easter eggs, including Skittles, German philosopher Arthur Schopenhauer and the Netflix documentary “Don’t F**k With Cats” in the movie.

The shocking cliffhangers and romantic twists of season four of “Virgin River” kept fans coming back for more, with the small-town drama in its second week dominating the English TV top 10 with 87.94 million hours viewed. Burning questions abound as fans gear up for season five, which is in production now.

On the non-English Films List, Argentinian crime thriller Recurrence debuted in the top spot with 23.16 million hours viewed, appearing in the top 10 in 79 countries. Following Perdida and Intuition, Luisana Lopilato stars in the final film of this trilogy based on the novels by Florencia Etcheves. The Polish family comedy Too Old for Fairy Tales continued with 11.45 million hours viewed in the No. 2 spot. Taiwanese horror Incantation, Filipino romantic comedy The Entitled and Indian action-adventure RRR were also on the list. 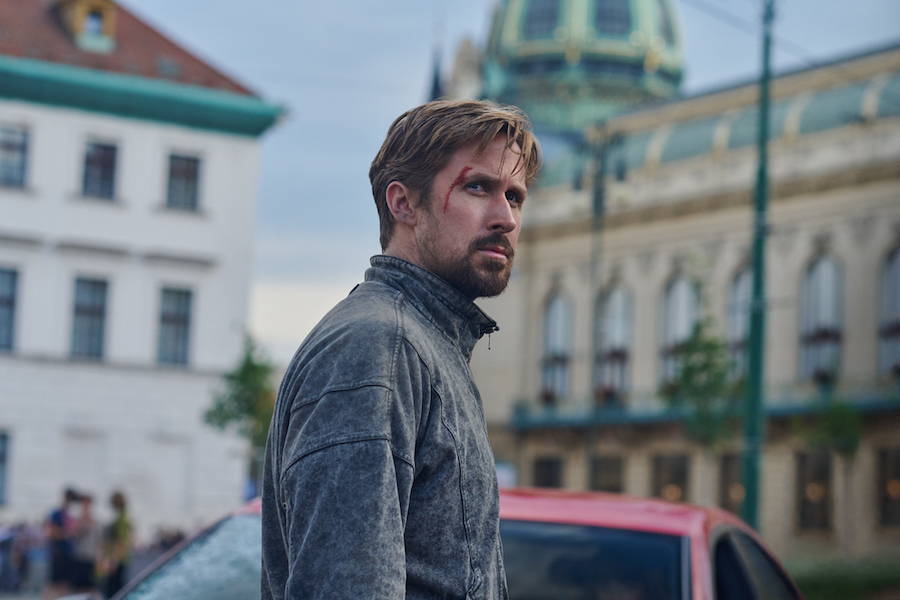 Netflix’s $200 million spy thriller The Gray Man led all streamed movies and TV shows for the week, ended July 27, according to new data from Reelgood. Netflix once again had five titles in the top 10 with Persuasion, The Sea Beast, Incantation and series “Virgin River.”

Apple TV+ prison drama “Black Bird” debuted at No. 5, while other holdovers included “Better Call Saul” on AMC+, and Hulu’s “The Old Man,” “The Bear” and “Only Murders in the Building.”

The Reelgood top 10 ranking uses first-party data from how its 5 million users in the U.S. interact with movies and TV shows on the platform in real-time. Following the successful release of The Gray Man this past weekend, in which the Ryan Gosling actioner debuted as the No. 1 movie in 92 countries, Netflix is cementing plans for the IP to become a major spy franchise. The Gray Man, which is already a favorite with a 91% audience score on Rotten Tomatoes, is based on the best-selling book series by Mark Greaney.

A sequel to The Gray Man is now in development with Gosling and directors Joe and Anthony Russo set to return. The Russos and AGBO’s Mike Larocca will produce along with Joe Roth and Jeffrey Kirschenbaum for Roth Kirschenbaum Films, according to Netflix.

“The audience reaction has been nothing short of phenomenal,” directors Joe and Anthony Russo said in a joint statement. “With so many amazing characters in the movie, we had always intended for The Gray Man to be part of an expanded universe, and we are thrilled that Netflix is announcing a sequel, as well as a second script that we’re excited to talk about soon.”

The spin-off film, written by Paul Wernick and Rhett Reese (Deadpool, Zombieland) is set to explore a different element of storyline’s universe. The logline is being kept under wraps.

The Gray Man is the third film from AGBO to premiere on Netflix, and the company’s second consecutive debut at No. 1 worldwide on the streamer. AGBO’s 2020 movie Extraction, starring Chris Hemsworth, is the fifth most-popular film on Netflix, and has a sequel to be released on Netflix in 2023.

“The Russos delivered an edge-of-your-seat spectacle that audiences around the world are loving,” said Scott Stuber, head of global film at Netflix. “We’re excited to continue to partner with the team at AGBO as they build out The Gray Man universe.”

A favorite among fans with a Rotten Tomatoes audience score of 91%, the star-studded film also features Chris Evans, Ana De Armas, Jessica Henwick, Rege-Jean Page, Wagner Moura, Julia Butters, Dhanush, with Alfre Woodard and Billy Bob Thornton, was tops in 84 countries. Fans will get to see more of Ryan Gosling, who is set to star in a newly announced sequel of the film, based on the book series by Mark Greaney.

Meanwhile, among episodic programs, Netflix said Season 4 of “Virgin River” returned at No. 1 with 105.44 million hours viewed. The small-town drama, based on the Virgin River book series, was in the top 10 in 71 countries on the English TV List. The Hawkins crew came in No. 2 as “Stranger Things” season four had 74.99 million hours viewed, with the first three seasons holding on strong. The Duffer Bros. series now sits at 1.33 billion hours viewed on the “Most Popular” list.