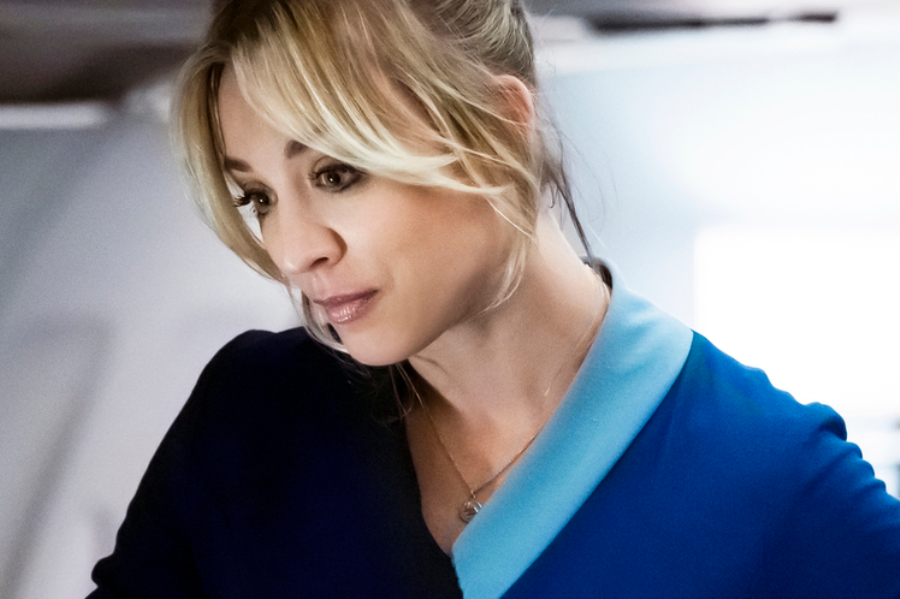 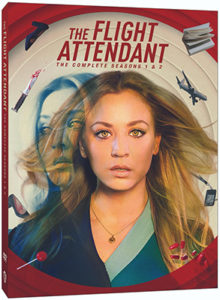 Warner Bros. Home Entertainment will release The Flight Attendant: The Complete Season 1 & 2 on DVD and for digital purchase Nov. 29.

The HBO Max original series based on the best-selling novel of the same name by Chris Bohjalian stars Kaley Cuoco as a flight attendant named Cassie who hooks up with a passenger only to find him dead in bed the next morning with no memory of what happened. As she attempts to clear her name she stumbles upon a deeper conspiracy.

In the second season, Cassie is framed for murder while working for the CIA and once again sets out to solve the underlying mystery.

The DVD includes all 16 episodes, eight from each season. DVD extras include deleted scenes, episode commentaries, and “Inside the Series” and “Invitation to the Set” featurettes.

HBO Max Dec. 18 announced it has renewed for a second season the comedic thriller “The Flight Attendant” starring Kaley Cuoco. The eight-episode first season premiered Nov. 26 and had its finale on Dec. 17. The first season saw week-over-week growth and ranked as Max’s No. 1 series overall during its run. The entire first season is available to stream now on Max, which launched on May 27 priced at $14.99 monthly, $69.99 for six months.

Season one was based on the novel of the same name by New York Times best-selling author Chris Bohjalian and told the story of how an entire life can change in one night. Flight attendant Cassie Bowden (Cuoco) woke up in the wrong hotel, in the wrong bed, with a dead man — and no idea what happened. The season also starred Michiel Huisman, Rosie Perez, Zosia Mamet, Michelle Gomez, T.R. Knight, Colin Woodell, Merle Dandridge, Griffin Matthews and Nolan Gerard Funk. Season two will feature Cassie in a new adventure.

“We are delighted that the show has resonated so strongly with audiences and critics,” Casey Bloys, chief content officer of HBO and HBO Max, said in a statement. “We congratulate Kaley, Steve, Greg and Sarah, along with the rest of the incredibly talented cast, executive producers and our partners at Warner Bros. Television on all the success of the first season.”

“The Flight Attendant” is produced by Warner Bros. Television.

Following its bow on Max, the premiere episode will also air on the HBO linear channel, On Demand, and on select partners’ streaming platforms on Nov. 27 at 10 p.m. during a Free Preview Weekend offered by participating partners, as well as on TBS at 10:30 p.m. Nov. 29 as part of an HBO Max-themed marathon over Thanksgiving weekend.

The show officially takes flight on Max with three episodes premiering Nov. 26. The limited series continues with two new episodes on Dec. 3, followed by two new episodes Dec. 10, leading up to the finale episode Dec. 17. The series is a story of how an entire life can change in one night. A flight attendant (Cuoco) wakes up in the wrong hotel, in the wrong bed, with a dead man — and no idea what happened. The series is based on the novel of the same name by New York Times bestselling author Chris Bohjalian.