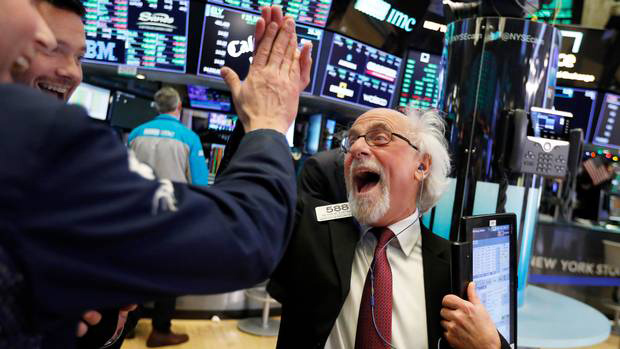 Analyst Tom Forte of D.A. Davidson said entertainment technology remains a key market due to ongoing changes to entertainment consumption in the home, which he said includes pay-TV cord-cutting and Apple’s resilience in smart phones.

Forte said “getting Android users to switch to Apple [iOS]” resonates positively to the bottom line in a saturated mobile phone market.

“What people are missing is the higher selling points for iPhones protects [Apple] from lower unit sales,” he told CNBC.

The analyst contends Roku’s market cap of less than $5 billion translates into lots of “headroom” for the company that helped Netflix launched the SVOD market in 2007 with a branded Netflix streaming media device.

“What they have in common is that they’re both great cord-cutting plays,” Landis said. “Cord-cutting is a very persistent [market] trend that you can count on.”

Roku ended the third quarter with 24 million active households, and 10 million Roku users who do not subscribe to the traditional linear TV bundle.

“The best way for an advertiser to reach these consumers is to buy ads on Roku,” Laura Martin, analyst with Needham, told Investor’s Business Daily. “As viewers cut the cord, advertisers must follow viewers to platforms where they spend time.”

Regardless, Roku has seen its share price plummet 60% in 2018 – due in part to the company’s inordinate dependence on Chinese manufacturing, among other issues.

Following the day’s market surge, Forte said Roku is a “very interesting” stock heading into 2019 – despite spillover issues such as a possible trade war between the U.S. and China and rising interest rates.

“You could definitely look at the beaten-down names in entertainment tech and look for a rebound next year,” Forte said.