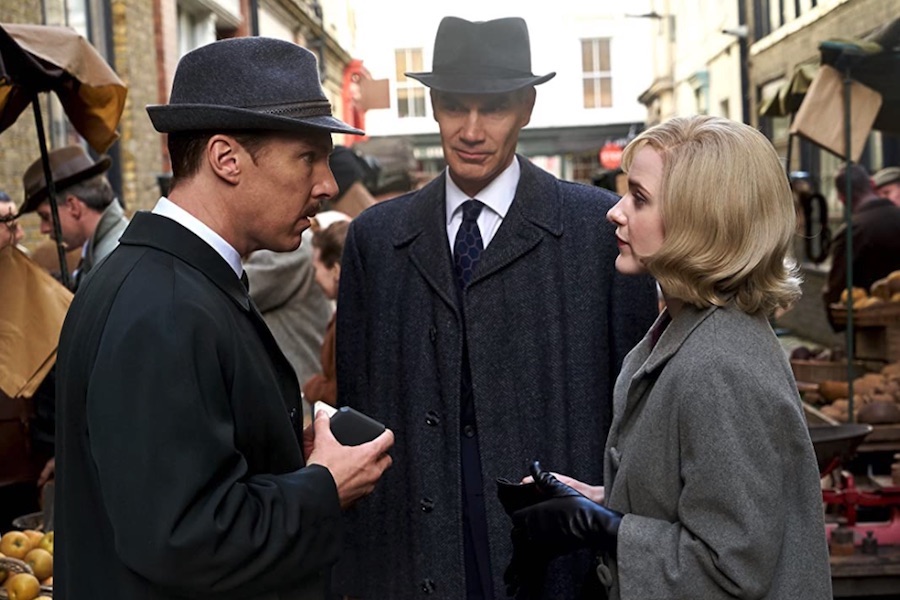 Lionsgate’s The Courier and Paramount’s The Vault top the list of new Blu-ray and DVD releases June 1. 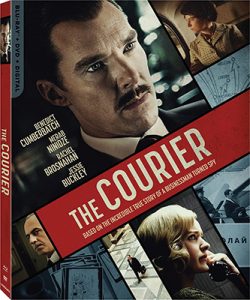 The Cold War espionage thriller The Courier is available on Blu-ray Disc, DVD and digitally. In this true-life spy thriller, unassuming British businessman Greville Wynne (Benedict Cumberbatch) becomes entangled in one of the greatest international conflicts in history. Recruited by MI6 and a CIA operative (Rachel Brosnahan, “The Marvelous Mrs. Maisel”), Wynne forms a covert partnership with Soviet officer Oleg Penkovsky (Merab Ninidze), and both men risk everything in a danger-fraught race against time to provide the intelligence needed to prevent nuclear confrontation and end the Cuban Missile Crisis.

The heist film The Vault from Saban Films will be released on DVD June 1 from Paramount Home Entertainment. The film stars Freddie Highmore (“The Good Doctor”), Astrid BergeĚs-Frisbey (Pirates of the Caribbean: On Stranger Tides), Sam Riley, Liam Cunningham (“Game of Thrones”), Jose Coronado, Luis Tosar, Emilio Gutieěrrez Caba, Axel Stein, Daniel Holguiěn and Famke Janssen (X-Men). The globe-trotting, action thriller follows a high-risk heist. When an engineer (Highmore) learns of a mysterious, impenetrable fortress hidden under the Bank of Spain, he joins a crew of master thieves who plan to steal the legendary lost treasure locked inside while the whole country is distracted by Spain’s World Cup Final. With thousands of soccer fans cheering in the streets, and security forces closing in, the crew have just minutes to pull off the score of a lifetime.

The coming-of-age drama Boogie, from writer, producer and restauranteur Eddie Huang (“Fresh Off the Boat,” “Huang’s World”), arrives on Blu-ray Disc and DVD from Universal Pictures Home Entertainment. It is already available for digital purchase. The New York story about basketball, young love, fractious families, and pursuing big dreams against all odds showcases first-time actor Taylor Takahashi, who was Huang’s personal assistant at the time he was cast, and a supporting cast that includes Taylour Paige (Ma Rainey’s Black Bottom), Pamelyn Chee (Princess of Nebraska), Domenick Lombardozzi (The Irishman), and the late rapper Pop Smoke, in his first screen performance.

RLJE Films June 1 releases Spare Parts, a horror film set in a godforsaken bar in the middle of nowhere where an all-girl band, Ms. 45, rips the stage apart with their punk spirit. But their performance impresses an enthusiastic fan who lures the girls into a trap, sedates them, and starts “customizing” them. Slowly they begin to gain consciousness and, in total shock, realize their arms have all been replaced with axes and chainsaws to fight gladiator-style in a junkyard arena owned by a sadistic “emperor,” forcing them into the battle of their lives with one prize in mind – their freedom. about an all-girl punk band and their encounter with a super fan who turns them into mutant brawlers. The film will be released on VOD, digital, DVD and Blu-ray Disc.

Among catalog releases, the campy 1981 drama Mommy Dearest comes out on Blu-ray Disc for the first time June 1 as part of the Paramount Presents catalog line for its 40th anniversary. Based on Christina Crawford’s controversial best-selling, tell-all novel, the film stars Faye Dunaway as Joan Crawford, struggling for her career while battling the inner demons of her private life. While the public Crawford was a strong-willed, glamorous object of admiration, behind the scenes was a private Crawford — the woman desperate to be a single mother and trying to survive in a devastating industry that swallows careers thoughtlessly.

Arrow Video June 1 releases a 4K Ultra HD Blu-ray Disc of the 1966 spaghetti Western Django. Franco Nero stars as Django, a mysterious loner who arrives at a mud-drenched ghost town on the Mexico-U.S. border, ominously dragging a coffin behind him. After saving imperilled prostitute Maria, Django becomes embroiled in a brutal feud between a racist gang and a band of Mexican revolutionaries. Also included in the set is Texas, Adios on Blu-ray, which also stars Nero, and was released as a sequel to Django in some countries.