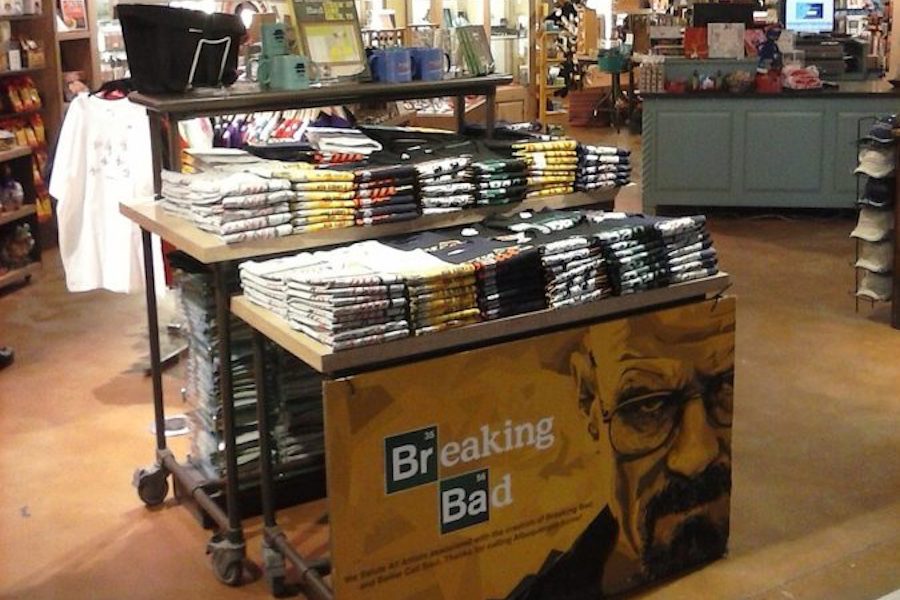 Drive around Albuquerque, N.M., and it’s hard not to see references to “Breaking Bad,” the acclaimed series that aired on AMC Networks for five years (2008-2013), was marketed by Sony Pictures Home Entertainment on DVD and Blu-ray Disc and later streamed on Netflix.

The series was filmed in and around the city with Netflix recently acquiring the local studio where many of the show’s interior shots were filmed. One company runs ‘Breaking Bad’ RV tours and now two entrepreneurs are opening a separate retail store akin to the The Walking Dead Store in Atlanta.

Marq Smith and Ed Candelaria are in the process of readying The Breaking Bad Store ABQ in Old Town, Albuquerque, which will be located near where the popular RV tours originate.

“I believe this is going to be an extremely successful business because of the popularity of the RV tours, now we have an actual location that we can drop people off at and they can get their ‘Breaking Bad’ fix,” Frank Sandoval, founder of the RV Tours, told KRQE News 13.

“We are going to make it an interactive store as well,” Smith said. “We’re going to have photo-ops where people can take pictures on the [‘Better Call ] Saul bench, Saul’s office. You can be Walter White in hazmat suit.”

The store will have a soft opening after New Year’s Day and a grand opening on Jan. 4, 2020.