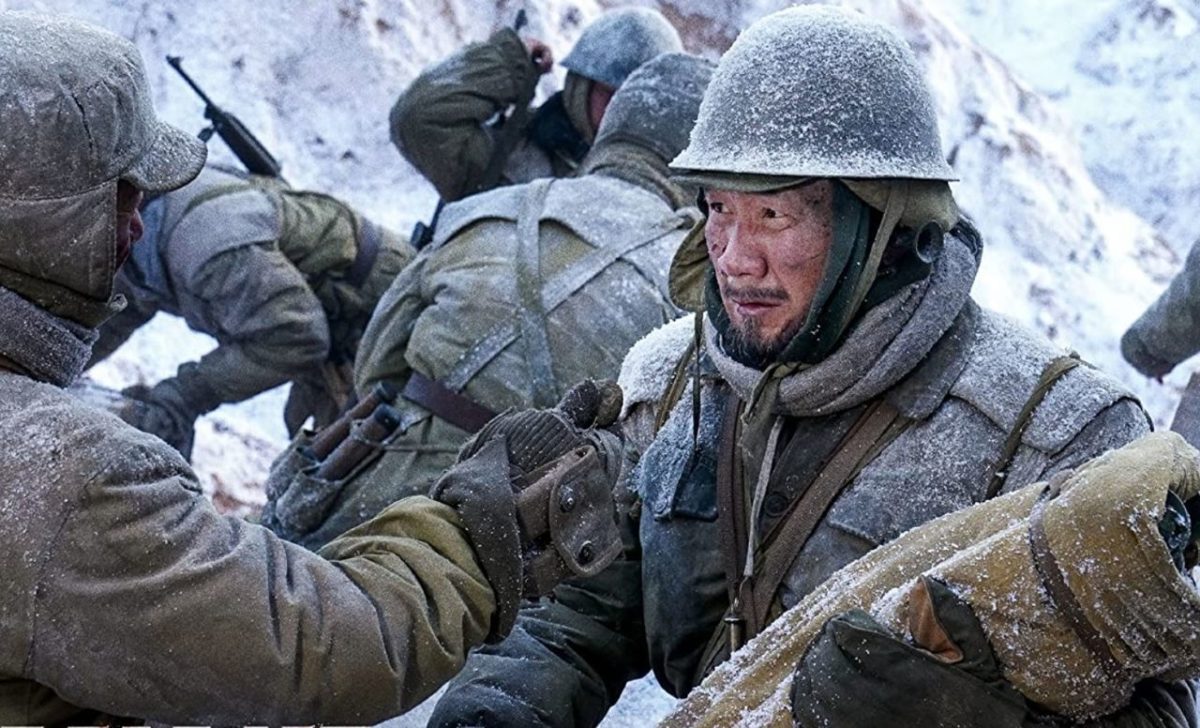 It’s a staggering accomplishment during a pandemic, considering that the new fast-spreading Omicron variant has quickly become the dominant strain of the coronavirus in the U.S.

With just days left in 2021, the question looms: can No Way Home maintain its theatrical appeal through the winter holidays and challenge China’s The Battle at Lake Changjin — a nationalist war drama that has generated more than $900 million in revenue since its Oct. 1 debut — for No. 1 at the global box office?

Sponsored by the Chinese government, Lake Changjin presents a fictionalized account of China’s People’s Volunteer Army helping North Korean troops defeat the U.S.-backed South Korean army at the Battle of Chosin Reservoir 71 years ago during the Korean War. Chinese involvement against U.N. forces in the conflict prolonged the fighting, ultimately resulting in a truce and the establishment of the current demilitarized zone between North and South Korea.

Lake Changjin has generated almost the entirety of its box office gross solely from Chinese audiences, as has Chinese comedy Hi, Mom, which has generated more than $822 million on its own since its February release.

This year, Hollywood largely found a cold shoulder from China as the country celebrated the 100th anniversary of the communist party’s founding — and government officials preferred showcasing local movies rather than Western titles.

Indeed, Sony’s Venom: Let There Be Carnage has yet to find a Chinese release date. And there is no release date for No Way Home.

Previous U.S. box office polesitter Disney/Marvel Studios’ Shang-Chi and the Legend of the Ten Rings was completely ignored by Chinese officials largely due to politics. Shang-Chi star Simu Liu reportedly emigrated to Canada as a child with his family in part to escape communist rule.

Regardless, the 2019 “Spider-Man” movie, Far From Home, starring Tom Holland as the webslinger, generated $1.1 billion at the worldwide box office, including $200 million in China.

“Marvel films have a consistent habit of playing very strongly throughout the weekend as demand often scales very well,” Shawn Robbins with BoxOffice Pro, wrote in a post. “The beginning of holiday breaks and vacations should help No Way Home maintain that status quo.”