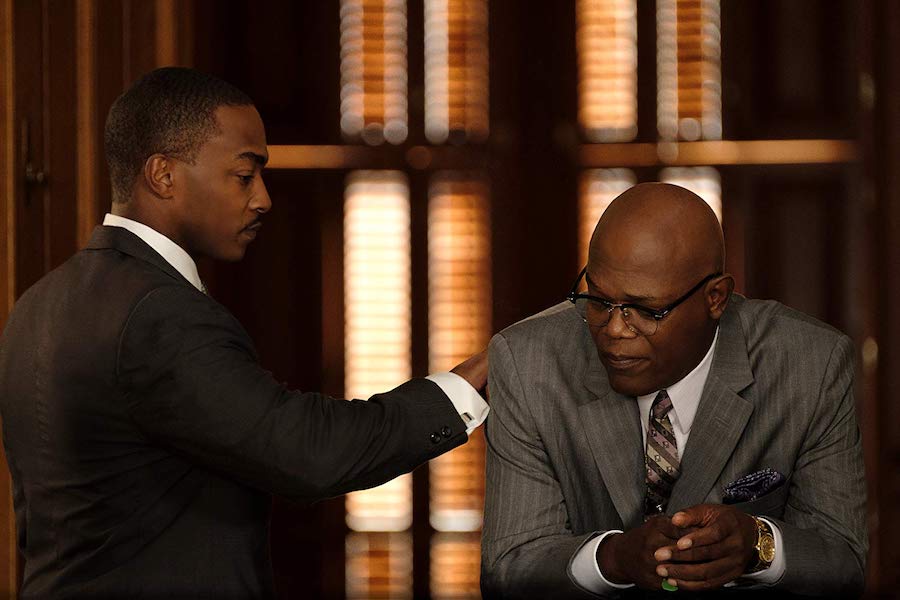 The company subsequently postponed the film’s theatrical release as well, according to Variety, as filmmakers probe accusations of historical inaccuracy and sexual abuse by co-producer Bernard Garrett Jr., whose father is portrayed in the film by Anthony Mackie.

The film stars Mackie and Samuel L. Jackson as two black businessmen who train a working-class white man (Nicholas Hoult) to be the face of their growing real estate and banking operations while they pose as a janitor and a chauffeur. Their success ultimately draws the attention of the federal government, which threatens everything they have built. The movie also stars Nia Long.

Pegged as a potential awards contender, The Banker was set to screen at the AFI confab in Los Angeles, with a Dec. 6 theatrical launch thereafter.

“We purchased The Banker earlier this year as we were moved by the film’s entertaining and educational story about social change and financial literacy,” Apple said in a media statement. “Last week some concerns surrounding the film were brought to our attention. We, along with the filmmakers, need some time to look into these matters and determine the best next steps.”

The film also was scheduled to bow on Apple’s upstart Apple TV+ subscription streaming service in January, a launch that is now also off the books. Apple is spending upwards of $6 billion on original content for its service targeting iPhone and Android users.