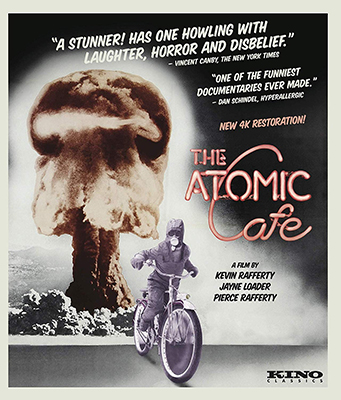 Kino Lorber, Documentary, $24.95 DVD, $29.95 Blu-ray, NR.
1982. An artful assemblage of Cold War propaganda films about dealing with the atomic age and potential nuclear war, The Atomic Cafe’s near-singular mix of solemnity and gonzo remains as relevant as ever. The new Blu-ray restoration makes the film look and sound as good as it ever did.
Extras: This is a Blu-ray where the film at hand, superb as it is, is almost literally only half the package. The full-length string of bonus short subjects run over three hours, and there’s 80 minutes more of material — President Eisenhower and Richard Nixon get respectively showcased in two of the entries — from what is described as an “ill-fated” 1995 CD-ROM project about the Atomic Age. There’s also a podcast with the filmmakers.
Read the Full Review 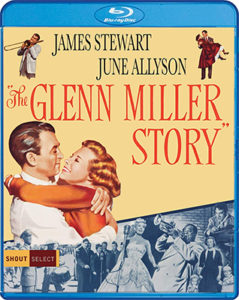