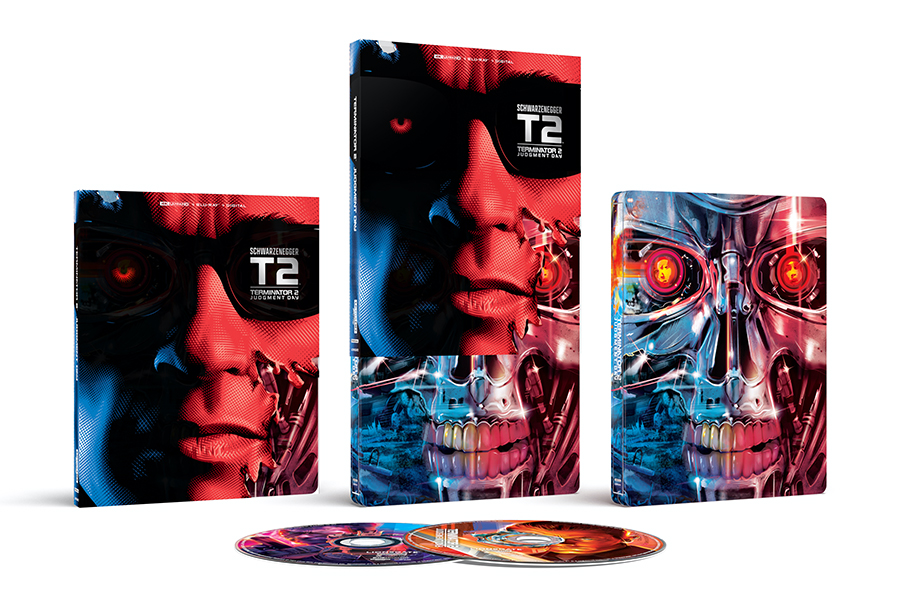 The 1991 sci-fi actioner from director James Cameron picks up the story 10 years after the original The Terminator, which was released in 1984. Arnold Schwarzenegger once again plays a Terminator, a killing machine from the future, but this time is sent back in time to protect the young John Connor (Edward Furlong), who destined to lead the human resistance against future domination by Skynet, the future machine overlord that sends a new Terminator (Robert Patrick) to kill him. Meanwhile, his mother, Sarah Connor (Linda Hamilton), decides to target the creators of Skynet in the past before their creation can take hold.

The Steelbook will feature all new artwork from artist Orlando Arocena and Tracie Ching, and includes a 4K disc, a regular Blu-ray and a digital copy.

The 4K disc is reportedly a re-release of the 2017 edition, featuring the same transfer that was done by Studio Canal for that release, and the same bonus materials.

Included are three versions of the film — the theatrical edition, Cameron’s 1993 special edition that runs 16 minutes longer, and an extended special edition with another two minutes of additional footage. Extras include two commentaries, two deleted scenes with commentary, a 55-minute retrospective documentary, a half-hour archival making-of featurette, and the film’s trailers.