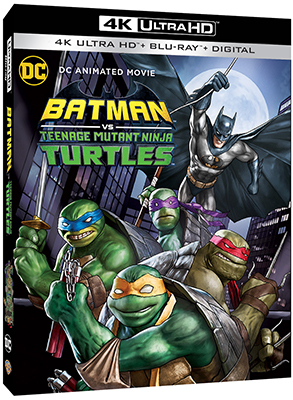 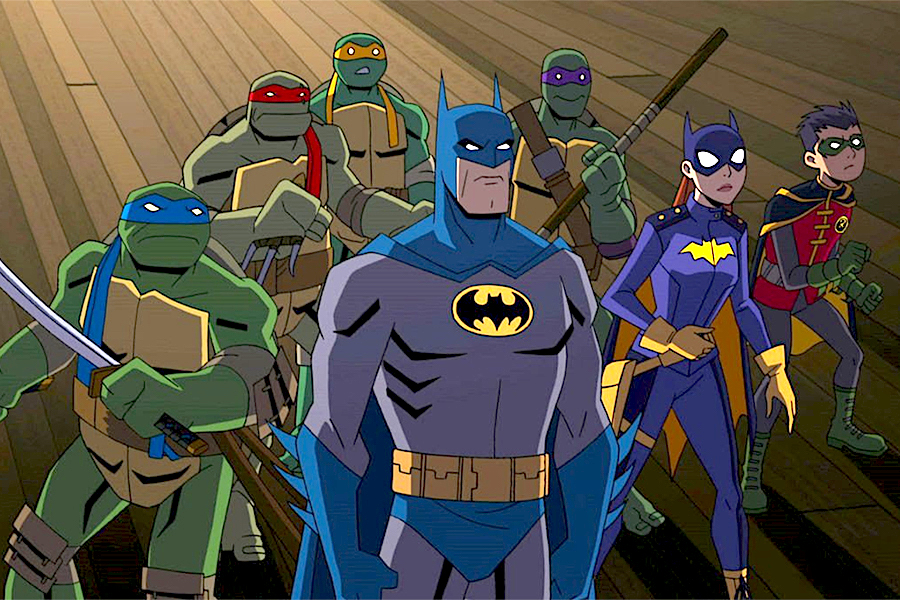 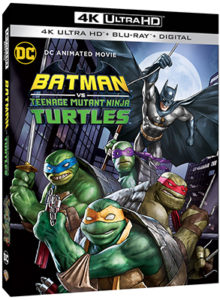 A joint production of Warner Bros. Animation, Nickelodeon and DC, the film unites the forces of the Dark Knight and the Heroes in a Half-Shell to overcome the evil plans afoot in Gotham City when Shredder joins forces with Ra’s al Ghul.

The cast includes Troy Baker as the voices of both Batman and the Joker, the first time one actor has played both in the same film; Cas Anvar as Ra’s al Ghul; Rachel Bloom as Batgirl; John DiMaggio as Mr. Freeze; Tara Strong as Harley Quinn and Poison Ivy; Tom Kenny as Penguin; Carlos Alazraqui as Bane, Brian George as Alfred; Ben Giroux as Robin; Jim Meskimen as Commissioner Gordon and Scarecrow; Keith Ferguson as Two-Face and Baxter Stockman; Eric Bauza as Leonardo; Darren Criss as Raphael; Kyle Mooney as Michelangelo; Baron Vaughn as Donatello; and Andrew Kishino as Shredder.

The film is inspired by the comic book miniseries series Batman/Teenage Mutant Ninja Turtles released in 2016 by DC Comics and IDW Publishing.

Blu-ray and digital bonus material includes the featurette “Cowabunga, Batman! When Comic Worlds Collide,” an exploration of the crossover concept; the featurette “Fight Night in Gotham,” about animating different fight styles; and a preview of the upcoming DC Universe animated movie Batman: Hush.

The 4K Ultra HD Blu-ray will include Dolby Vision HDR and a Dolby Atmos soundtrack.