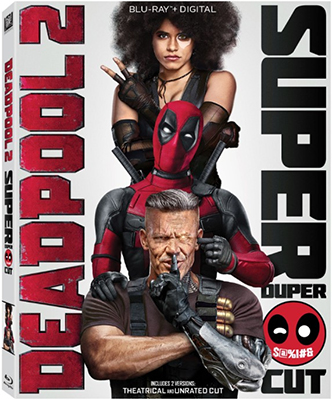 In the age of the superhero movie, you can always count on Deadpool to take the utter piss out of the genre — and in doing so, provide a bit of the counter-balance to how seriously some of the films take themselves.

Sure, movies like “Ant-Man” or “Guardians of the Galaxy” might lighten the mood a bit with some jokes and irreverent characters, but Deadpool takes it to that next level, where there is no reference that can’t be made, and no gag that is out of bounds.

And what makes it work is that, just like the comic books that inspire it, the “Deadpool” movies are also the very thing they are making fun of — intense action, complicated plots, larger-than-life characters. It’s just a healthy dose of meta-humor can go a long way in setting it apart.

In this second film, Deadpool (Ryan Reynolds) finds himself trying to protect a mutant teenager (Julian Dennison) from a mutant from the future named Cable (Josh Brolin) who wants to kill him before the kid fully unleashes his powers and becomes one of the world’s greatest villains.

To do that, and with the X-Men not available (thanks to one of several hilarious cameos), Deadpool forms X-Force, a team of marginal superheroes to help him rescue the kid and change the future.

With David Leitch taking over directing duties, the action is much more intense than the first film, and without the structural limitations of needing to tell Deadpool’s origin story, the script this time out doesn’t feel the need to follow any rules. (For example, with Brolin also playing Thanos in Avengers: Infinity War, you can bet Deadpool 2 isn’t going to let that one slide without a comment).

Part of what makes the humor so effective is the commitment the filmmakers make to the material, putting absurd characters in the middle of a serious situation. The highlight is a pitch-perfect parody of a James Bond opening title sequence, complete with a haunting ballad sung to the hilt by Celine Dion.

The Blu-ray includes a 15-minute longer “Super Duper $@%!#& Cut” that, based on what some of the filmmakers say during the bonus materials, seems like it could have been the original version of the movie before it was trimmed for time and softened up a bit to hit the ‘R’ rating. This version has more violence, more guns, alternate jokes and some different music in parts. It’s an intriguing version but not a fundamentally different film.

The Super Duper cut is included on its own disc with no extras, as all the bonus materials are included with the disc containing the theatrical cut. And, as with the first film, the extras are a trove of Deadpool material from a hilarious marketing campaign.

This section includes several promotional spots and all the trailers, plus some international pieces such as Deadpool offering free tattoos to attendees of a Brazilian comic book convention. There are also a few music videos, including for Dion’s title-sequence tune, and a stills gallery.

The disc also offers a three-minute gag reel and a couple of deleted scenes, including the oft-mentioned scene in which Deadpool embarks on a quest to kill Baby Hitler (also included in the Super Duper cut).

The theatrical cut comes with a great audio commentary with Reynolds, Leitch, and screenwriters Rhett Reese and Paul Warnick, who collectively discuss structuring the story and why they chose to include the gags that they did.

Finally, the Blu-ray includes about 75 minutes of behind-the-scenes featurettes.

“Deadpool Family Values: Cast of Characters” is a 15-minute profile of the characters; “David Leitch Not Lynch: Directing DP2” is a 12-minute look at the new director’s influence on the film and cast; “Deadpool’s Lips Are Sealed: Secrets and Easter Eggs” is a 13-minute look at how the film maintained secrecy while including a ton of surprises for fans; “Until Your Face Hurts: Alt Takes” is nine minutes mixing some of the alternate line readings with interviews about what makes a “Deadpool” film such a lively set; “Roll With the Punches: Action and Stunts” is a seven-minute look at the film’s action scenes; “The Deadpool Prison Experiment” is an 11-and-a-half examination of the film’s scenes set at a prison for mutants; “The Most Important X-Force Member” is a two-minute profile of Deadpool’s new pal Peter; “Chess With Omega Red” is a minute-long revelation of one of the other prisoners; “Swole and Sexy” is a two-minute profile of some of the film’s other characters; and “3 Minute Monologue” offers two minutes of Brolin’s ruminations as he gets into his Cable makeup. 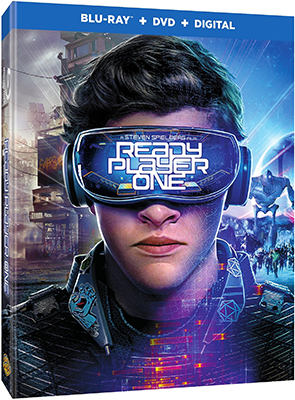