Subscriber churn, or streaming video customers who do not renew their monthly membership, has always been a nuisance for SVOD platforms big and small. Now, new data from Antenna finds that subscriber churn in the third quarter (ended Sept. 30) ballooned to 32 million across the top 10 streaming services combined. That’s up from 28 million in each of the previous two quarters. 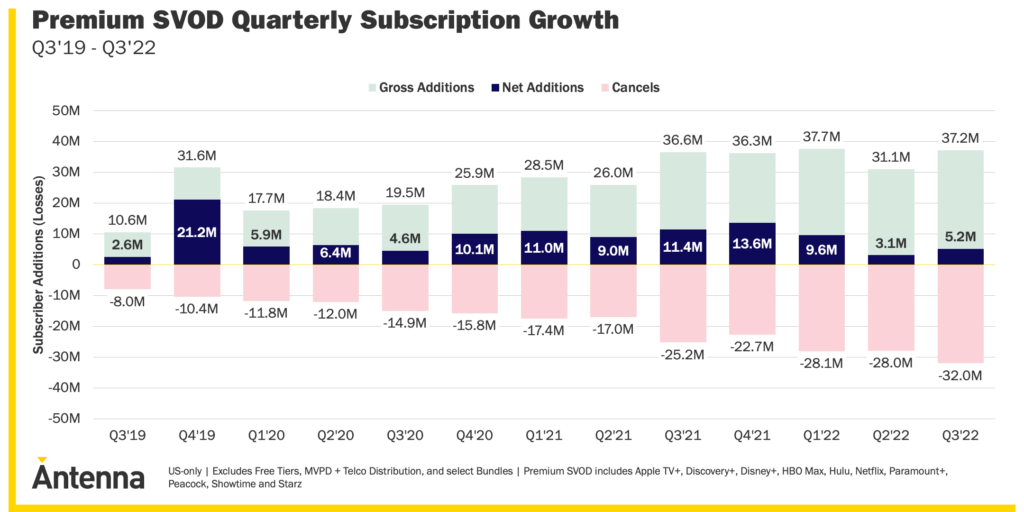 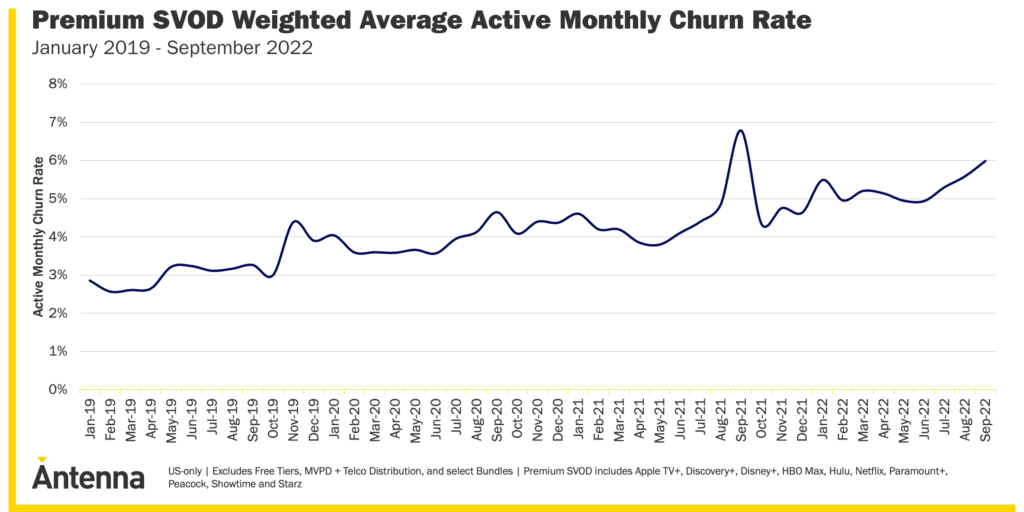 Among the top SVOD services, Netflix realized the highest percent of increased churn. Antenna previously documented a meaningful uptick in Netflix churn following its last price increase in January 2022. In fact, Netflix’s average monthly churn was up to 3.5% in Q3 from 3.4% in Q2, and 2% in 2021.

But when compared with other SVODs, Netflix’s churn is actually much smaller, underscoring the premise that streaming behemoth’s appeal to a broader subscribing customer remains strong. 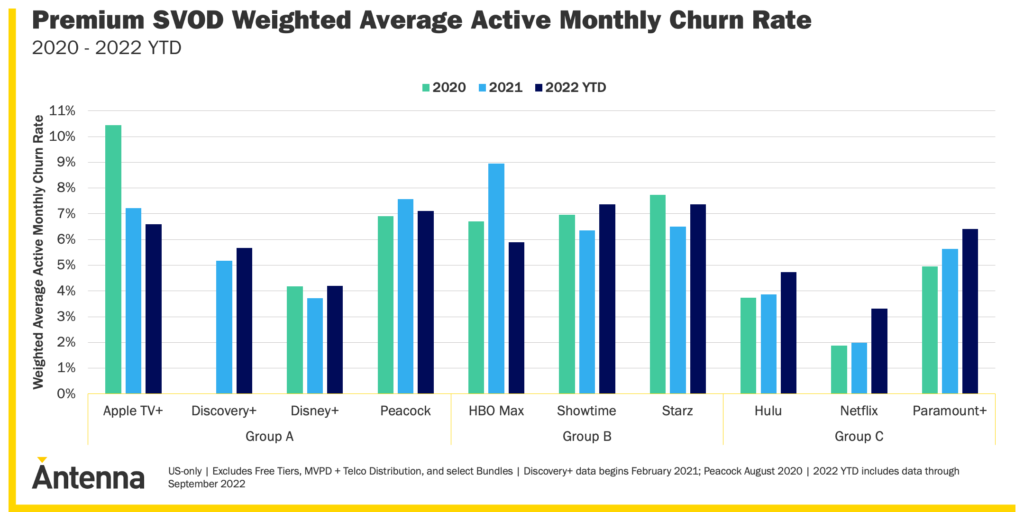