With the number of subscription streaming video services per household reaching record penetration, new data from Hub Entertainment Research finds consumers are not tiring of service stacking. In fact, the L.A.-based firm contends consumers are not only subscribing to more streaming services, but increasingly, are combining a greater number of providers into their TV bundles. 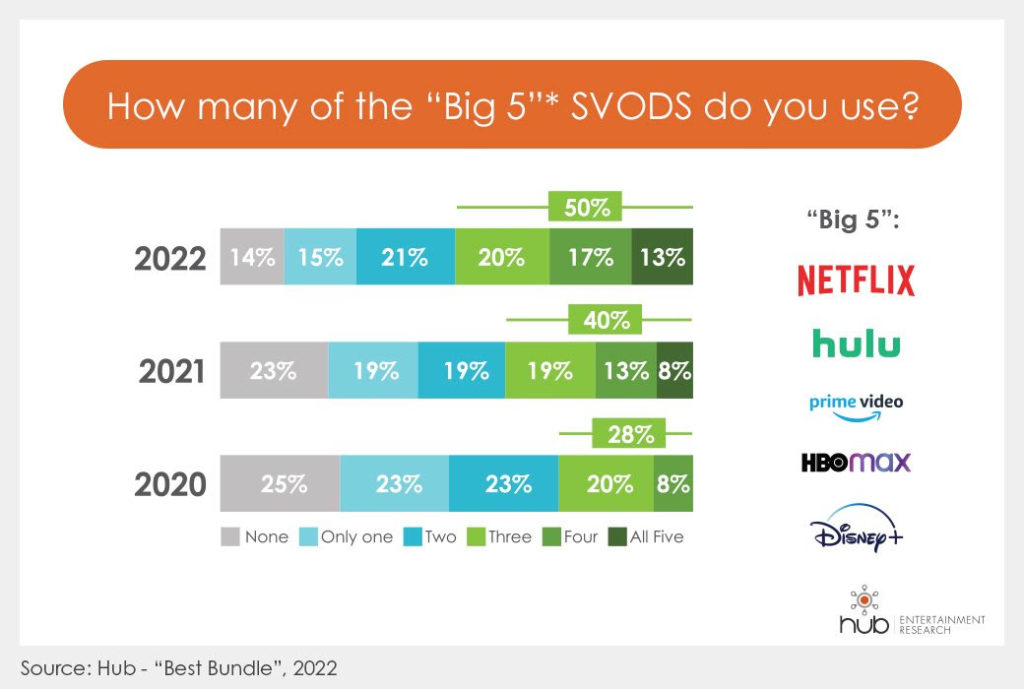 Half of TV consumers now subscribe to three or more of the most well-known SVOD services (Netflix, Disney+, Hulu, Prime Video, and HBO Max), which is up 10% since 2021 and nearly double what it was in 2020. Netflix’s recent subscriber loss doesn’t appear to signal a waning interest in streaming, according to Hub. 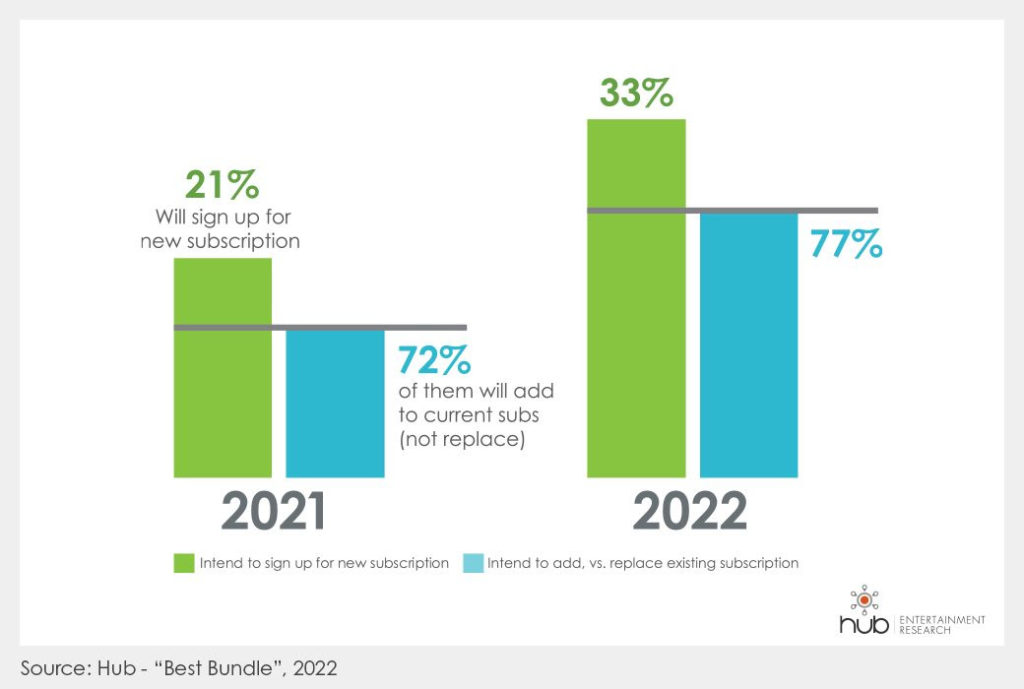 “Any of the major SVODs has more content than there is time to watch, and the average viewer uses at least three. As inflation rises, viewers will have more reason to drop those they don’t use enough to be worth the cost,” Jon Giegengack, Hub founder/principal, said in a statement.