Subscribers cite an increase in price as the biggest reason they would cancel a paid video, music or gaming service.

For Generation Z, playing video games is their No. 1 favorite entertainment activity (26%), followed by listening to music (14%), browsing the Internet (12%), and engaging on social platforms (11%). Only 10% of Generation Z say that watching TV or movies at home is their favorite form of entertainment (which is No. 1 for all other generations).

When asked what factors caused people to cancel a paid video, music or gaming service, an increase in price was the biggest reason.

However, from October 2020 to February 2021, Deloitte found that the churn rate for streaming video services is still hovering around 37%.

“Not only are American consumers more reliant than ever on digital media and entertainment, information gathering and social connection, there is also more competition for audiences among a crowded field of entertainment options,” Kevin Westcott, vice chairman of Deloitte LLP and U.S. technology, media and telecom leader, said in a statement. “This requires consumers to ‘dance’ between services introducing frustrations as they try to manage multiple subscriptions and keep track of their favorite content. Media and entertainment companies with a deeper understanding of customer concerns about content, cost and ad-tolerance across all entertainment options and generations, can cultivate long-term relationships and reduce churn.”

Generation Z has strikingly different entertainment preferences, often seeking video games and music over watching TV and movies — unlike older consumers who are “video first,” according to the survey. As early adopters, Generation Z may actually influence the behaviors of Millennials and Generation X — and possibly younger generations that follow them, according to Deloitte.

Social media is a gateway to entertainment and information, but trust is a concern, according to survey respondents. Beyond connection and sharing, social media services have become a gateway for consuming music, video, games and news. However, there is tension between the value that consumers get from social media and the challenges of establishing trust, responsibility for content and the role of regulation. Consumers value social media, but they want more control over their data, and information that is more trustworthy.

Findings about social media include:

“It’s clear that consumers like the convenience of social media as a delivery platform for everything from entertainment to news, however they also want to trust that social media companies are committed to distributing truthful, reliable information while protecting their own personal data,” Jana Arbanas, vice chairman of Deloitte LLP and U.S. telecom, media and entertainment sector leader, said in a statement. “By building trusted and equitable relationships with consumers that address the need for more transparency, agency, privacy and security, social media services can continue to build on their success as dependence on their platforms continues to grow.”

As more consumers use advertising supported digital entertainment services, ad-related preferences and expectations around personalization and privacy vary across consumer segments and media, according to the survey. Some people welcome ads as a way to get more content while managing costs, building their own set of go-to services; others will do whatever they can to avoid advertising.

Findings about ads include: 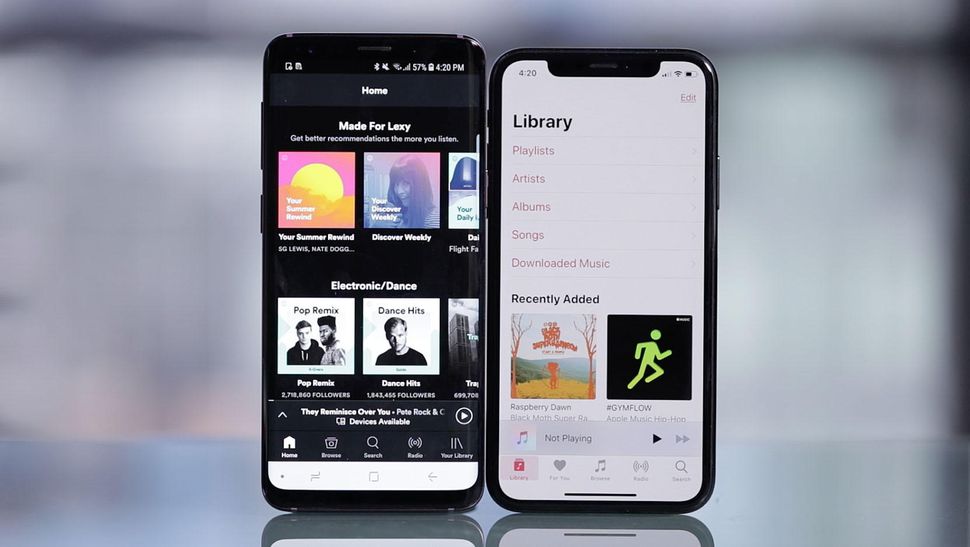 Apple March 15 responded to Spotify’s decision to file a complaint against Apple Music with the European Commission citing unfair business practices, including taxes and restrictions on tech and user-enhancements, among other issues.

Spotify ended its most-recent fiscal period with 87 million paid subscribers, compared with about 50 million for Apple Music. Both services operate through the App Store, which is owned and operated by Apple — and at the center of Spotify’s gripe. 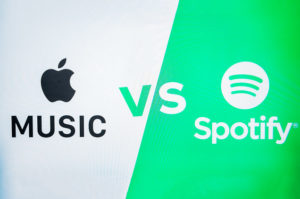 Specifically, Swedish-based Spotify takes issue with the 30% tax it and other digital services must pay utilizing Apple’s payment system. If the service opts out of the payment platform, Spotify alleges Apple restricts how it can communicate with its subscribers outside the app.

“In some cases, we aren’t even allowed to send emails to our customers who use Apple,” Spotify founder/CEO Daniel Elk wrote in a March 13 post.

In a 1,124-word response on its website, Apple said Spotify wants to enjoy the benefits of the App Store without paying for them.

“Spotify has every right to determine their own business model, but we feel an obligation to respond when Spotify wraps its financial motivations in misleading rhetoric about who we are, what we’ve built and what we do to support independent developers, musicians, songwriters and creators of all stripes,” Apple wrote.

The tech giant said the App Store has created “many millions of jobs,” generating more than $120 billion for developers while creating new industries such as subscription music streaming via through businesses like Spotify started and grown entirely in the App Store ecosystem.

“After using the App Store for years to dramatically grow their business, Spotify seeks to keep all the benefits of the App Store — including the substantial revenue that they draw from the App Store’s customers — without making any contributions to that marketplace,” Apple wrote.

The iPhone/iPad/Apple Watch creator said the 30% tax imposed on app payments drops to 15% after one year.

Apple said the majority of Spotify customers use their free, ad-supported product, which makes no financial contribution to the App Store. A significant portion of Spotify’s users come through partnerships with mobile carriers, which Apple claimed generates no App Store contribution but requires Spotify to pay a similar distribution fee to retailers and carriers.

“Even now, only a tiny fraction of their subscriptions fall under Apple’s revenue-sharing model. Spotify is asking for that number to be zero,” Apple wrote.

“Spotify wouldn’t be the business they are today without the App Store ecosystem, but now they’re leveraging their scale to avoid contributing to maintaining that ecosystem for the next generation of app entrepreneurs. We think that’s wrong.”