Following a sluggish start, WarnerMedia’s subscription streaming video/AVOD platform HBO Max is running on all cylinders. New estimates from eMarketer suggest the SVOD service will reach 80 million subscribers by the end of the year. That’s up from previous projection of 100 million subs by 2025. 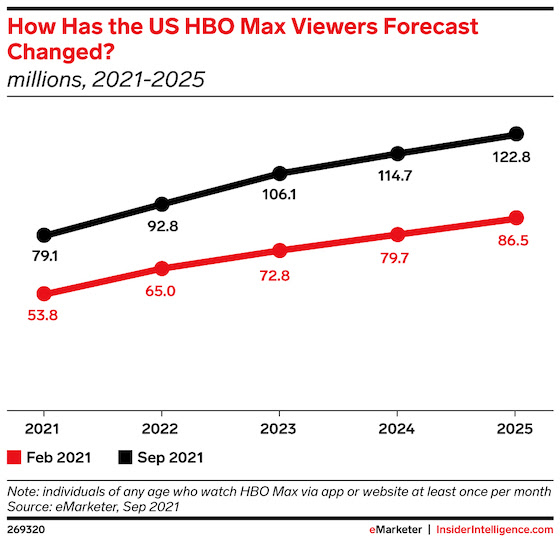 The research firm contends that WarnerMedia’s decision to consolidate the HBO Go and HBO Now platforms into Max helped drive up subscriptions. However, with Amazon last month announcing it would drop Max from its Prime Channels platform, industry scuttlebutt suggests the streamer could lose 5 million Max subs.

“The older streaming services HBO Go and Now have been replaced by Max, and HBO has been removed from Amazon Prime Video Channels,” analyst Ross Benes wrote in a post. “These developments allow Max to absorb viewership from various HBO domains that have either been shuttered or rebranded.”

Benes believes that with Max now available on Roku and Amazon Fire TV, a better picture has emerged regarding subscriber traction. Max’s sub additions were also bolstered by Warner Bros. Pictures releasing its new movies straight to the streaming service in 2021.

“Together, the shrinking theatrical window, clearer subscriber metrics from the company, improved distribution, and consolidated operations have helped HBO Max add viewers at a faster rate than we previously expected,” Benes wrote. 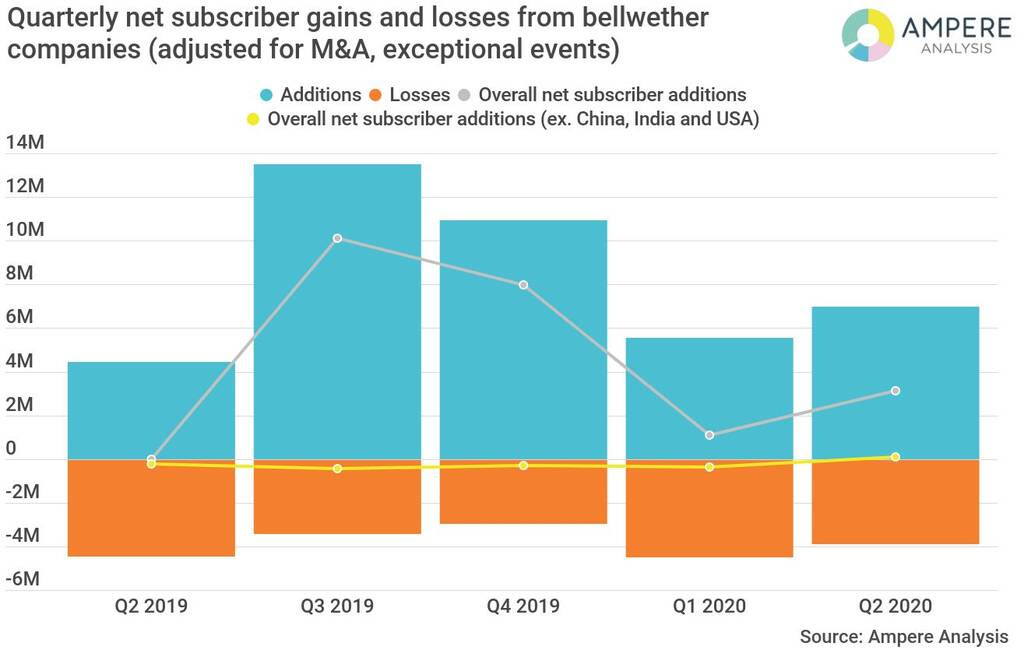 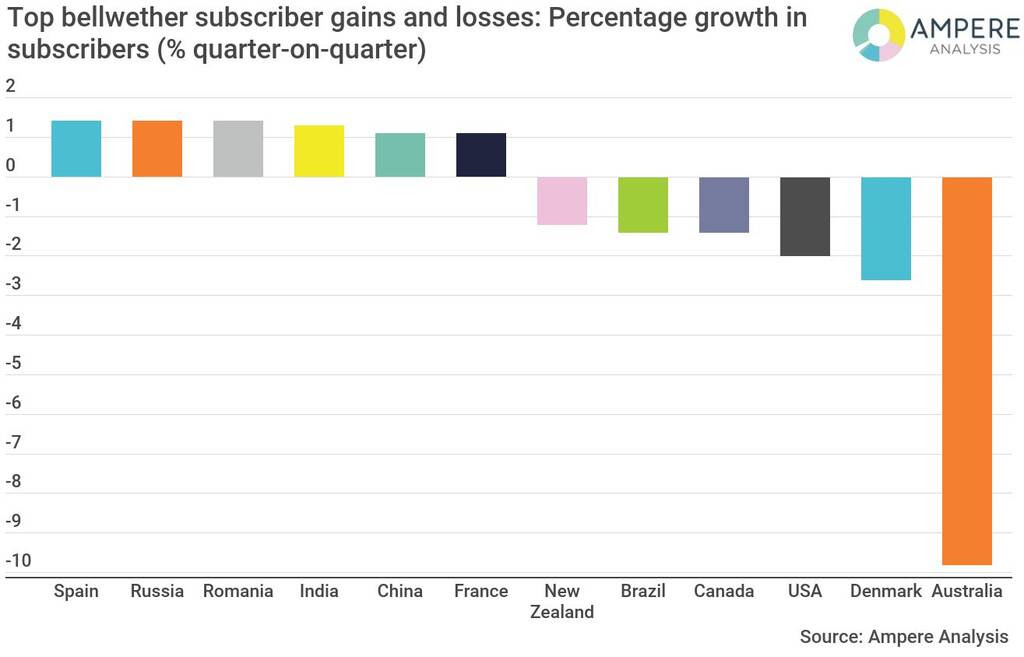 Comcast, which ended the year with 20.2 million video subscribers, is offsetting video sub losses with broadband — the lifeblood of video streaming. The company is one of the largest ISP operators, adding 424,000 high-speed Internet subs in the quarter; and 1.4 million for the fiscal year, including business customers.

In a statement, CEO Brian Roberts lauded the company’s broadband subscriber growth, adding the Comcast in 2020 would differentiate its broadband product in the U.S. through innovations like Flex and xFi Advanced Security; accelerating the deployment of Sky Q and launching a new broadband service in Italy.

The executive said Comcast has high hopes for the April debut of Peacock, the company’s first branded over-the-top video platform featuring both subscription and ad-supported services.

“Underscoring our confidence in the continued success of our company, we are pleased to announce a 10% increase in our dividend, our 12th consecutive annual increase,” Roberts said.

Netflix Dec. 16 for the first time broke out revenue and subscriber numbers for three international regions in a filing with the Securities and Exchange Commission.

The numbers show higher revenue growth rates outside the United States and Canada over the past three years.

In those two countries, according to an 8K filing, Netflix said its subscription streaming revenue was up nearly 21% for the first nine months of 2019 compared to the comparable period last year, rising to nearly $7.4 billion from $6.12 billion.

Comparing SVOD revenue for the first nine months of 2019 with the comparable period two years ago, the United States saw gains of 51%, compared to revenue hikes of 79% in Latin America, 144% in Europe, the Middle East and Africa, and 163% in Asia Pacific.

The company says that beginning in the fourth quarter, it will report financials for the same four regions. Netflix previously reported financials in just two categories, the United States and Canada and globally. 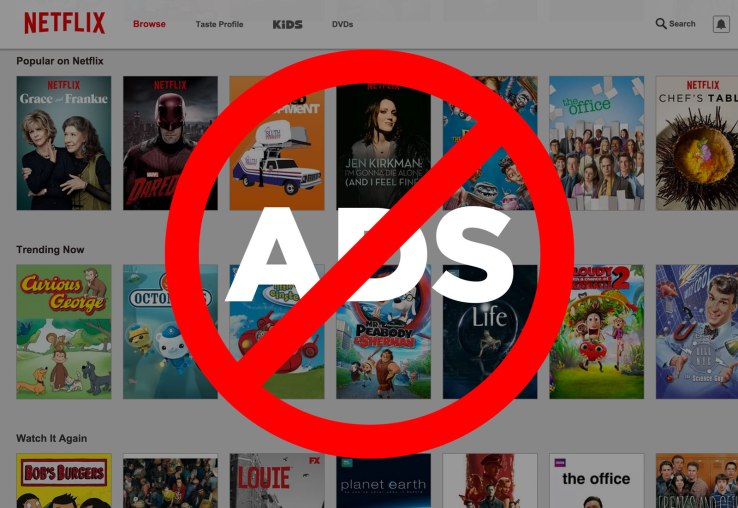 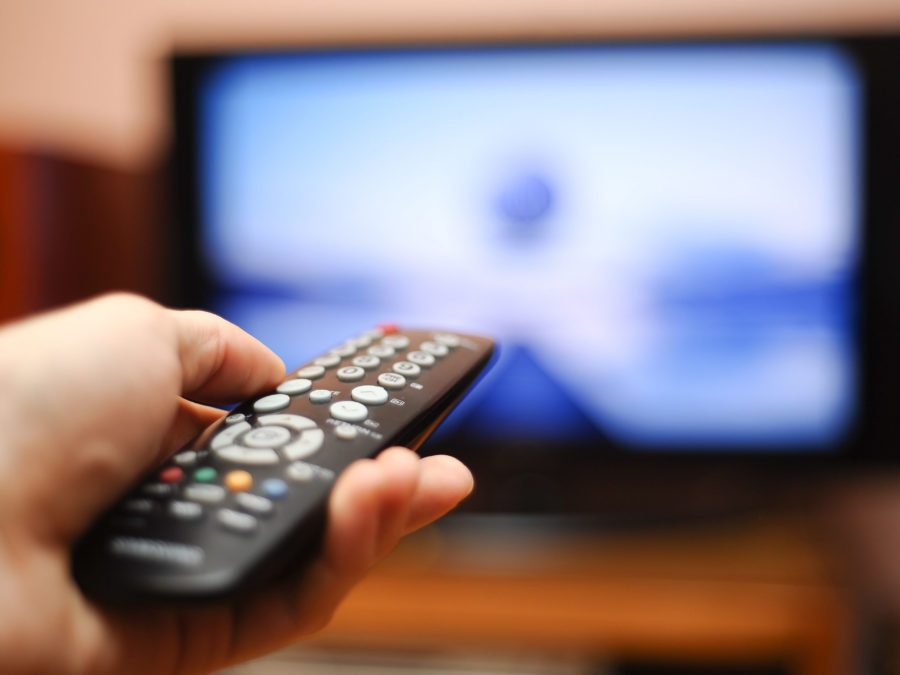 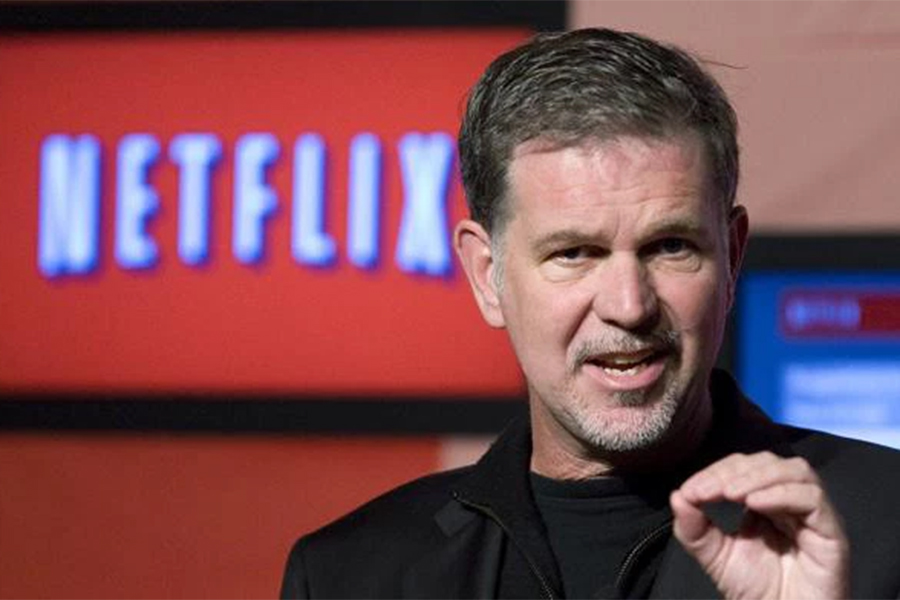 Notably, Netflix alluded to its recent price hikes in the U.S., Brazil, Mexico and parts of Europe having some effect in the current quarter. Indeed, the streamer is projecting 5 million new subs in the current second quarter (ending June 30) — about 1 million below Wall Street projections.

“The response in the U.S. so far is as we expected and is tracking similarly to what we saw in Canada following our Q4’18 increase, where our gross additions are unaffected, and we see some modest short-term churn effect as members consent to the price change,” CEO Reed Hastings and CFO Spence Neumann wrote in the shareholder letter.

The executives hailed recent OTT video announcements by Apple and Disney as “world class consumer brands,” adding that Netflix would be  “excited to compete.”

Hastings and Neumann said they don’t expect Apple TV+ and Disney+ to materially affect its growth because the ongoing transition from linear to on-demand video is “so massive” ​and because of the differing nature of Netflix’s content offerings​.

“We believe we’ll all continue to grow as we each invest more in content and improve our service and as consumers continue to migrate away from linear viewing [similar to how U.S. cable networks collectively grew for years as viewing shifted from broadcast networks during the 1980s and 1990s],” Hastings and Neumann wrote.

The service ended the period with more than 2.5 million disc subscribers, down from 3.1 million subs last year.

The streamer said new-release movie, ​The Highwaymen, starring Kevin Costner and Woody Harrelson as two lawmen attempting to bring Bonnie and Clyde to justice, is on track to being watched by more than 40 million subscriber households in its first month.

Separately, Netflix said original documentary, FYRE: The Greatest Party That Never Happened​, has been watched by more than 20 million member households in its first month on Netflix.

Doc Our Planet​, filmed over four years in 50 countries, is tracking to be one of Netflix’s most successful global documentary series, with more than 25 million subscriber households projected to watch in the first month of release.

Netflix is raising the price for its domestic subscription plans.

The new pricing, which affects about 40 countries, impacts new subscribers immediately, while existing subs will be transitioned over the next 90 days.

“We change pricing from time to time as we continue investing in great entertainment and improving the overall Netflix experience,” Netflix said in a statement.

The service, which hasn’t raised prices since late 2017, hinted at a possible hike during the last fiscal webcast when chief product officer Greg Peters told analysts the service was justified “to increase price a bit.”