Though Black households were shedding cable at a slower rate as compared to the overall market, Horowitz data shows that over the past four years, MVPD penetration among Black households has declined from 88% in 2017 to 61% in 2021 — a 25% decrease. Among Black consumers who are cord-cutters, half have cut the cord within the past three years.

In 2018, 69% of Black households were “content omnivores,” a term Horowitz coined in 2017 to describe households who are the hungriest for content and therefore pay for traditional MVPD services as well as a variety of streaming services to access all the content they want.

In this year’s study, only one in three (33%) Black households are content omnivores; almost four in 10 rely on combinations of streaming services, digital antennas, and/or vMVPD services to access TV content (one in four rely only on traditional MVPD services and do not stream at all).

Income and age play important roles in platform choices, according to Horowitz. Black households with lower incomes are less likely to subscribe to traditional MVPDs, and 80% of Black cord-cutters believe that they are saving at least a decent amount after having done so. Older Black TV content viewers are more likely to subscribe to MVPD services (65% among those 50-plus) and to use antennas (28% among those 50-plus) than younger Black TV content viewers (57% and 12% each, respectively).

Despite shedding the MVPD cord, there is still interest in many of the features of the multichannel experience. For example, 64% of Black TV content viewers say that they enjoy flipping through channels, and the study finds that Black TV content viewers still highly value live television, local broadcast news, national news and sports content — the mainstays of traditional providers.

“Horowitz has long asserted that Black consumers are some of the best customers for entertainment content and services,” said Adriana Waterston, Horowitz’s chief revenue officer and insights and strategy lead, in a statement. “These audiences should not be taken for granted. Many companies are late to the game, only now focusing on the Black audience in the context of BLM and new diversity mandates. To not be viewed as simply pandering, companies who hope to serve the Black audience must make meaningful and sustained investments, not just in programming and marketing, but in community outreach and support, in order to earn this valuable audience’s trust.”

Meanwhile, more than 80% of U.S. respondents in the survey conducted in August 2021 said they remain concerned about COVID-19 variants, and about half (48%) said they spend more time on online entertainment versus six months ago.

Among other findings in the survey:

The survey revealed that consumers are getting better at developing strategies to access online content while keeping their costs low. Among the findings: 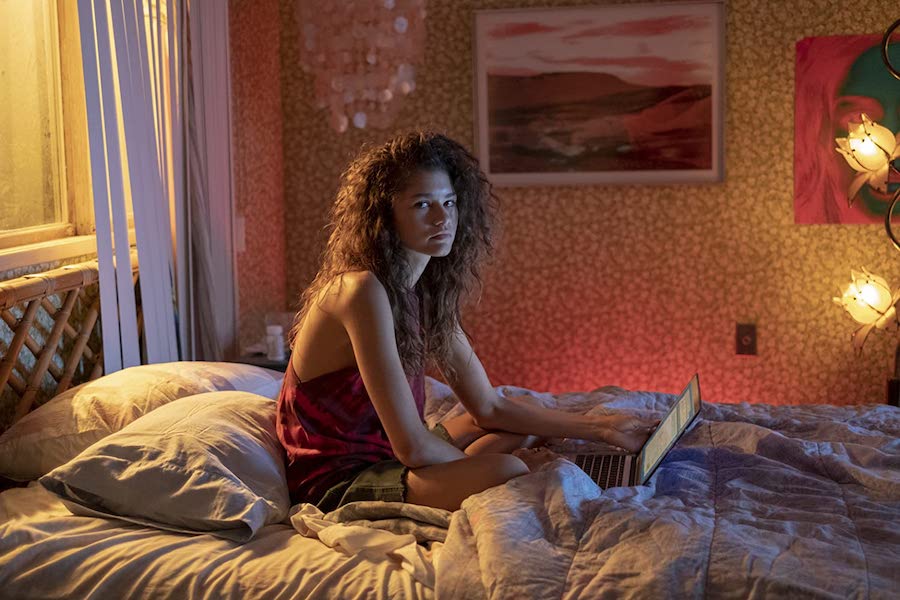 Movie viewers want to see themselves reflected on the screen, according to a new study from the Geena Davis Institute on Gender in Media and data analytics firm Movio.

Moviegoers being able to identify with the characters in a movie drives their attendance behavior, the study found. When there are characters of a certain cohort (group), this is likely to drive more moviegoers of the same cohort. The analysis shows across all films that the leading characters and audience are generally 50-50 female/male. In 2007, only 23% of leads were female, and in 2017 30% were female. The more female characters, the more female the audience, and the more male characters, the more male the audience. The effect of genre on the percentage of leading characters male versus female was clear, according to the study authors, as well as the corresponding gender split in the attending audience. Action movies, most notably, regularly have well over 50% male characters and well over 50% (and frequently over 60%) male audience.

The opportunity for Black, Asian and Latinx moviegoers to see themselves represented on screen is significantly lower than for white moviegoers. Several movies tally 100% of their characters as White with the majority having over 50% white characters. For the remaining four race/ethnicity groups, the majority of films are clustered at below 25% (if not 0%) representation on screen. This is significant considering people of color (Black, Asian and Latinx) comprise 37.8% of the U.S. population, the study noted. Across the board in terms of ethnicity, gender, and age, the negative portrayal of characters from a certain group has little bearing on whether or not that group attends a movie. However, particularly with regard to race and ethnicity, the analysis again shows how minority audiences are given substantially fewer opportunities to even see characters from their racial or ethnic group on the screen, no less characters from their racial or ethnic group who are also not depicted negatively.

The research was also able to determine what demographic cohorts are being represented in films geared primarily towards children. Both male and female leads are roughly evenly split in terms of on-screen representation for films with more child visits, suggesting that young moviegoers are getting a fairly balanced representation of genders in their on-screen media consumption. However, when looking at race/ethnicity there is less of a balanced representation. White characters are very well represented in children’s films, with the majority of films having 50% or more White characters represented on screen. There is not the same level of representation for Asian or Latinx characters in children’s media as the vast majority of films moviegoers are bringing their children to see have no representation of these cohorts. For example, of all the titles analyzed, only six titles had over 18% Latinx characters, despite Latinx comprising 18.4% of the U.S. population.

Data scientists at both organizations examined the following questions for the “I Want to See Me: Why Diverse On-Screen Representation Drives Cinema Audiences” white paper:

On-screen data (the Institute) and audience demographic data (Movio) for the top 100 films (by box office) in the United States were examined for 2018 and 2019.

“As we’ve said before, our goal is very simple: that the characters on screen reflect the population, which is half Female and incredibly diverse,” Geena Davis, founder and chair of the institute, said in a statement. “We know that increasing the presence of underrepresented groups in media can have a very powerful impact on shifting cultural perceptions. Our industry has a tremendous opportunity to foster inclusion in society by taking action to diversify who shows up on screen. As this new research shows, we have made progress, but we need to do better.”

“As the movie industry begins to recover from the effects of the pandemic, this research carries even more weight,” William Palmer, chief executive and co-founder of Movio, said in a statement. “Diverse audiences can go elsewhere to find entertainment options that speak to them and their lives, so if cinema is to remain relevant and continue having a cultural impact, it must attract these audiences by delivering more representative content.”

“When we consider the impact that the media children are exposed to can have, including in the cinema, it is vital for them to see from the beginning that fictitious worlds reflect the real world, and that they see themselves reflected on screen,” Davis added. “When you see someone like yourself reflected, you take in the message: ‘There’s someone like me, I must belong.’ It’s encouraging to see the progress we’ve made with gender representation, but we must show more diversity on screen, if we don’t show more diversity, we are contributing to the serious problem of racial inequity in our society today.”