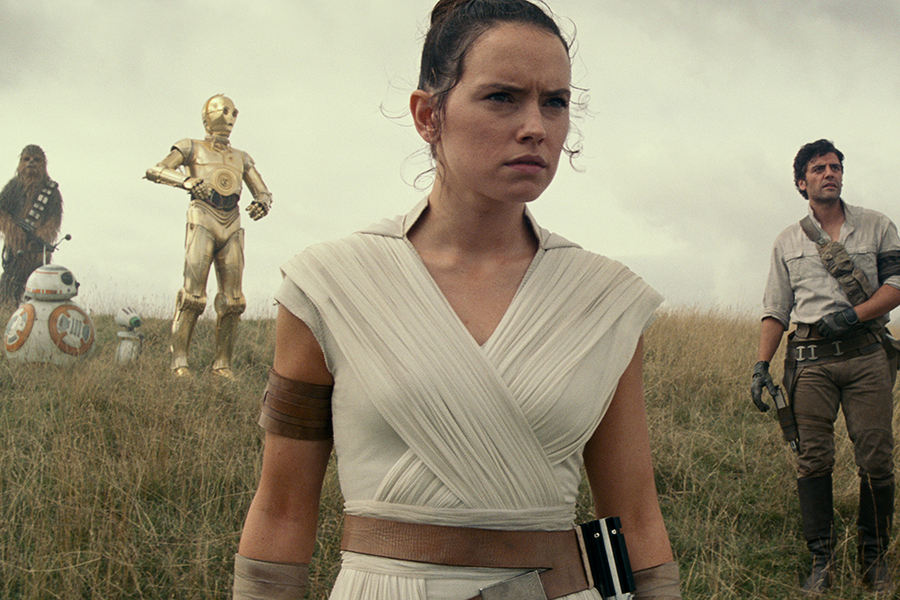 The concluding chapter of the nine-film “Skywalker Saga” earned $515.2 million at the domestic box office.

Blu-ray Disc formats accounted for 79% of the film’s total unit sales, with 24% of the total coming from the 4K Ultra HD Blu-ray edition.

Notably, a pricey boxed set of all nine episodic films, Star Wars: The Skywalker Saga, also placed in the top 10 on both charts, at No. 7 overall and No. 5 on the Blu-ray chart, selling about 3% as many copies as the standalone Rise of Skywalker (which was included in the set).

The 27-disc boxed set includes a 4K Ultra HD Blu-ray, regular Blu-ray and bonus disc for each of the films (Rogue One and Solo are not included), and is a Best Buy exclusive priced at $249.99. Unlike Best Buy’s recent $500 Marvel Infinity Saga 4K/Blu-ray set (which sold out during preorders and are now being sold for thousands of dollars on eBay), Best Buy stills has plenty of copies of the “Star Wars” boxed set available online and in stores more than a week after the March 31 street date, which may point to a combination of increased stock and lower fan enthusiasm for the Disney era of “Star Wars.” Best Buy brick-and-mortar locations are closed during the coronavirus pandemic but do offer curbside pickups.

Otherwise, while physical disc sales have been declining for years, the recent shelter-in-place orders and store closures associated with the pandemic don’t seem to have tapered off disc sales on a week-to-week basis just yet, despite the expected boost for digital delivery and streaming by families looking for home entertainment options while stuck at home. Target and Walmart stores remain open as essential businesses, and Amazon still delivers (despite some politicians demanding retailers stop selling anything but food and household goods).

Sony Pictures’ Jumanji: The Next Level held onto the No. 2 spot on the overall sales chart for the week and slid a spot to No. 3 on the Blu-ray chart. The adventure sequel sold about 15% as many copies in its third week as the new “Star Wars” film did in its first.

The previous week’s top seller, Universal Pictures’ war film 1917, slipped to No. 3 on the overall sales chart and No. 2 on the Blu-ray chart.

No. 4 on both charts was Disney’s Frozen II, while the animated Spies in Disguise, from Disney-owned 20th Century Fox, was No. 5 on the overall sales chart and No. 6 on the Blu-ray chart.

On the Media Play News rental chart for the week ended April 5, Jumanji: The Next Level returned to the top spot, pushing 1917 to No. 2.

Spies in Disguise stayed at No. 3, followed by Sony Pictures’ The Grudge again at No. 4, and Lionsgate’s Knives Out remaining in the No. 5 spot.

Redbox has apparently not yet stocked copies of Rise of Skywalker as the title is not listed at the vendors’ website or available in its kiosks (some Redbox users reported a landing page for the film to take reservations was taken down in the week leading up to its disc release). Since Redbox doesn’t have a distribution deal with Disney, it needs to purchase bulk copies of Disney discs from retailers to stock its kiosks — a task made significantly more difficult by store closures, shipping delays, capacity restrictions and inventory limits imposed as a result of the pandemic. (Redbox’s distribution deals for Fox titles were in place prior to Disney’s purchase of the studio.)