The last time Sony Pictures Home Entertainment’s Spider-Man: Far From Home sat atop the U.K. home entertainment weekly sales chart in 2019, the pandemic was just someone’s wild nightmare. Fast forward and the Marvel webslinger is back up to No. 1 on the Official Film Chart through March 10.

With the week’s highest count of digital downloads, the film switches places with the previous week’s chart topper, Universal Pictures Home Entertainment’s The Secret Garden (No. 2) as anticipation builds for the next “Spider-Man” movie release in December. Sony recently disclosed that the next installment will be titled Spider-Man: No Way Home, and rumors are rampant across The Pond what — and who — might appear in the film.

At No. 3 is the chart’s newest entry of the week, Cosmic Sin (Altitude Spirit). Starring Bruce Willis as retired General James Ford in this sci-fi adventure flick set in the year 2524, which sees him called back into service to lead a team of elite soldiers into a pre-emptive strike against a newly discovered alien civilization, to try and stop an imminent war before it’s too late.

The third and final installment of the “Maze Runner” series, Maze Runner: The Death Cure (20th Century) lands at No. 4, its first feature on the Official Film Chart, while Lionsgate U.K. horror sequel Hellraiser: Judgement also enters for the first time at No. 5.

Warner’s Birds of Prey soared 16 places to No. 6, while the studio’s Roald Dahl’s The Witches dropped three places to No. 7. Disney/Marvel’s Iron Man re-entered the chart for the first time since 2019 thanks to a new 4K Steelbook release, landing in the top 10 for the very first time at No. 8.

Warner’s Harry Potter: The Complete Collection moved up six places to No. 9, landing just ahead of Marvel’s Avengers: Endgame, which returned to the top 10 for the first time since mid-2020.

Sometimes, even Spider-Man can’t do it all.

Through the first nine months of the fiscal year, revenue from sales and rental of movies and TV shows sits at $615 million — down almost 14% from $713 million during the previous-year period. 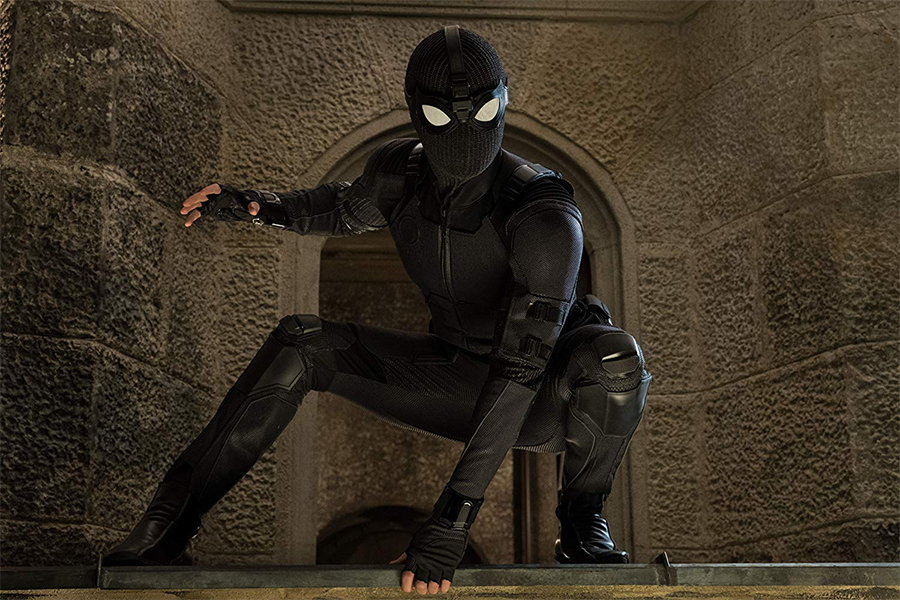 The superhero movie was originally released on disc Oct. 1 and hasn’t been the top title since its debut week.

No. 2 on the overall disc sales chart and No. 3 on the Blu-ray chart was Warner’s Aquaman, selling 85% as many copies as the top title in its 36th week on disc. Aquaman is the year’s second-best selling title, according to VideoScan.

No. 3 overall (No. 10 on the Blu-ray chart) was Warner’s Pokémon: Detective Pikachu, in its 17th week of availability.

The No. 4 overall seller and No. 2 Blu-ray was Lionsgate’s John Wick: Chapter 3 — Parabellum.

Warner’s Fantastic Beasts: The Crimes of Grindelwald, in its 38th week, was No. 5 overall and No. 14 on the Blu-ray chart.

The No. 4 Blu-ray, and No. 13 overall in its 16th week, was the year’s top-selling title, Disney’s Avengers: Endgame.

The No. 4 Blu-ray was Warner’s Godzilla: King of the Monsters, which was No. 17 overall in its 14th week.

The week’s top newcomer, and the only new release to crack the top 50 as a result of deep-discount sales pushing older titles back up the charts, was Lionsgate’s Angel Has Fallen, which was No. 15 overall and No. 11 on the Blu-ray chart.

Angel Has Fallen is the third film in the “Fallen” trilogy featuring Gerard Butler as a U.S. Secret Service agent who fights off terrorists threats against the American presidency — following 2013’s Olympus Has Fallen and 2016’s London Has Fallen. The actioner earned $69 million at the domestic box office.

Angel Has Fallen was the top title on the Media Play News rental chart for the week ended Dec. 1, pushing Paramount’s Dora and the Lost City of Gold to No. 2.

Universal’s Fast & Furious Presents: Hobbs & Shaw slid to No. 3, with Universal’s Good Boys at No. 4 and Disney’s The Lion King remake at No. 5.

Sony Pictures Home Entertainment Oct. 30 reported second-quarter (ended Sept. 30) revenue of $160 million, up $1 million from revenue of $159 million during the previous-year period. One of its biggest home video sellers was Spider-Man: Into the Spider-Verse, which was released to retail March 19.

Spider-Man: Far From Home led with $1.1 billion at the global box office since its July 2 debut, while Quentin Tarantino’s Once Upon a Time in Hollywood added $390 million. The Angry Birds Movie 2 contributed $125 million.

This compared with Hotel Transylvania 3: Summer Vacation ($516 million); The Equalizer 2 ($187 million); Slender Man ($52 million) and Searching with $65 million in the previous-year period. 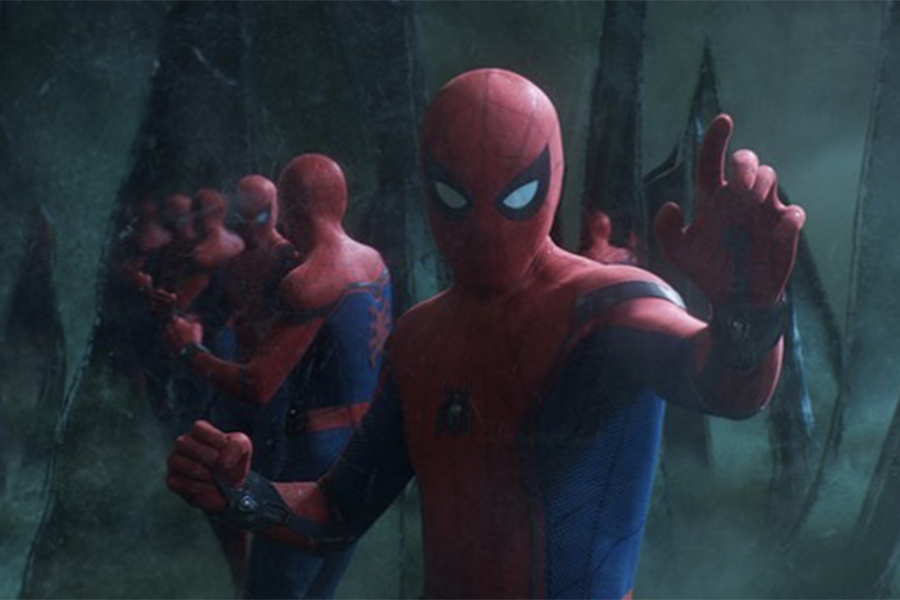 The superhero film Spider-Man: Far From Home, from Sony Pictures Home Entertainment, held onto the No. 1 spot on Redbox’s kiosk disc rental and On Demand charts the week ended Oct. 13.

Disney’s Toy Story 4, the latest sequel from Pixar Animation Studios, debuted at No. 2 on the disc rental chart.

Another newcomer, Warner’s horror sequel Annabelle Comes Home, was No. 3 on the disc rental chart and No. 2 on the On Demand chart.

Disney’s live-action remake of Aladdin dropped to No. 4 on the disc rental chart.

Lionsgate’s John Wick: Chapter 3 — Parabellum, slipped to No. 5 on the rental chart and No. 4 on the On Demand chart.

The No. 3 On Demand title was Lionsgate’s Midsommar, which was the No. 8 disc rental.

Universal’s Yesterday grabbed No. 5 on the On Demand chart and was the No. 10 disc rental. 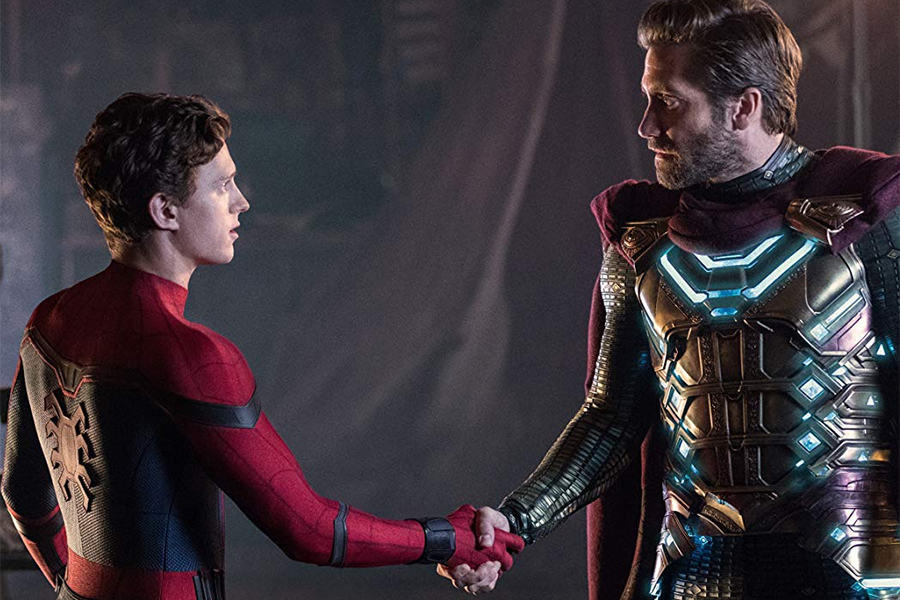 Produced by Marvel Studios, the film is the 23rd chapter of the Marvel Cinematic Universe and takes place in the aftermath of Avengers: Endgame, which is the highest-grossing film of all time. Far From Home earned $1.13 billion at the worldwide box office to become Sony’s top-grossing film ever.

The No. 2 overall title was Disney’s Hocus Pocus, making its annual bounce back into the top 10 in the lead-up to Halloween. The 1993 film sold 13% as many copies as the new Spidey adventure and was No. 5 on the Blu-ray sellers list.

The No. 3 overall title and No. 2 Blu-ray was Lionsgate’s John Wick: Chapter 3 — Parabellum in its fourth week of release.

Disney’s live-action remake of Aladdin, also in its fourth week, slipped to No. 4 on the overall chart and No. 3 on the Blu-ray chart after spending the previous weeks in the top spot on each.

X-Men: Dark Phoenix, from Disney-owned 20th Century Fox, landed at No. 5 overall and No. 4 on the Blu-ray chart in its third week.

On the Media Play News rental chart for the week, Spider-Man: Far From Home debuted at No. 1, pushing the Aladdin remake to No. 2.

The superhero film Spider-Man: Far From Home, from Sony Pictures Home Entertainment, debuted at No. 1 on Redbox’s kiosk disc rental and On Demand charts the week ended Oct. 6.

Disney’s live-action remake of Aladdin stayed at No. 2 on the disc rental chart.

Lionsgate’s John Wick: Chapter 3 — Parabellum, remained at No. 3 on the rental chart and No. 2 on the On Demand chart.

The No. 3 On Demand title was Universal’s Yesterday.

X-Men: Dark Phoenix, from 20th Century Fox Home Entertainment, was No. 4 on both charts.

The big retailers trotted out their usual exclusive add-ons for the Oct. 1 Blu-ray release of Sony Pictures’ Spider-Man: Far From Home.

Best Buy offered the 4K Ultra HD Blu-ray of the superhero film in Steelbook packaging for $32.99.

And Walmart packaged the Blu-ray combo pack with a Night Monkey retro action figure for $27.96.

Also at Walmart, fans looking to prepare for the 2020 debut of the new season of “Doctor Who could pick up the DVD of BBC Studios’ Doctor Who: The Complete Eleventh Series as a gift set with a collectible 3-inch figure of the Doctor for $29.96. 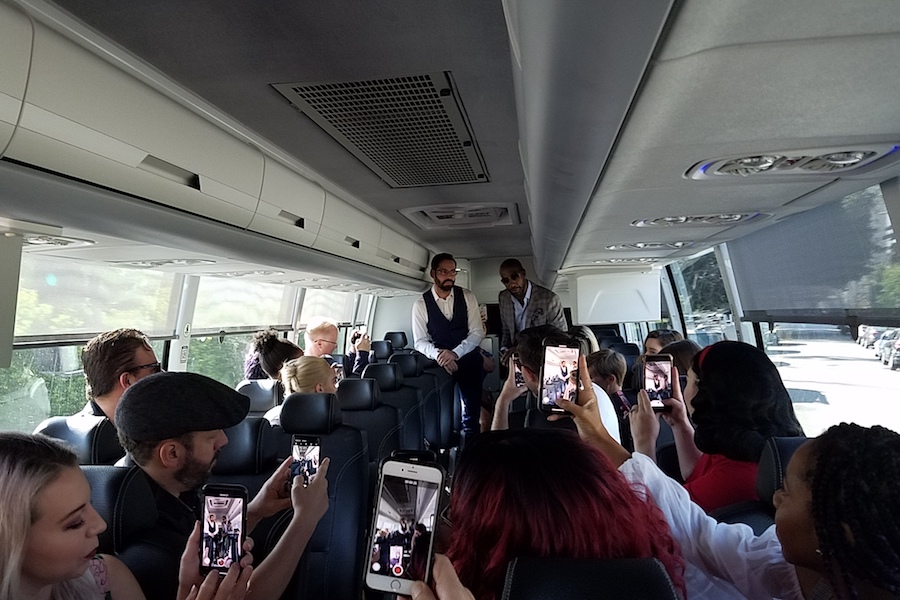 Instructor chaperones Mr. Harrington (Martin Starr) and Mr. Dell (J.B. Smoove) Sept. 17 took journalists and others on a field trip around Los Angeles to uncover some of the visual magic behind Spider-Man: Far From Home, available now on digital and Oct. 1 on 4K, Blu-ray and DVD from Sony Pictures Home Entertainment. Among the stops were the famed Magic Castle in Hollywood and Ironwood Studio, which designed costumes for the latest “Spider-Man” movie. (To watch slide show, click on any photo.)