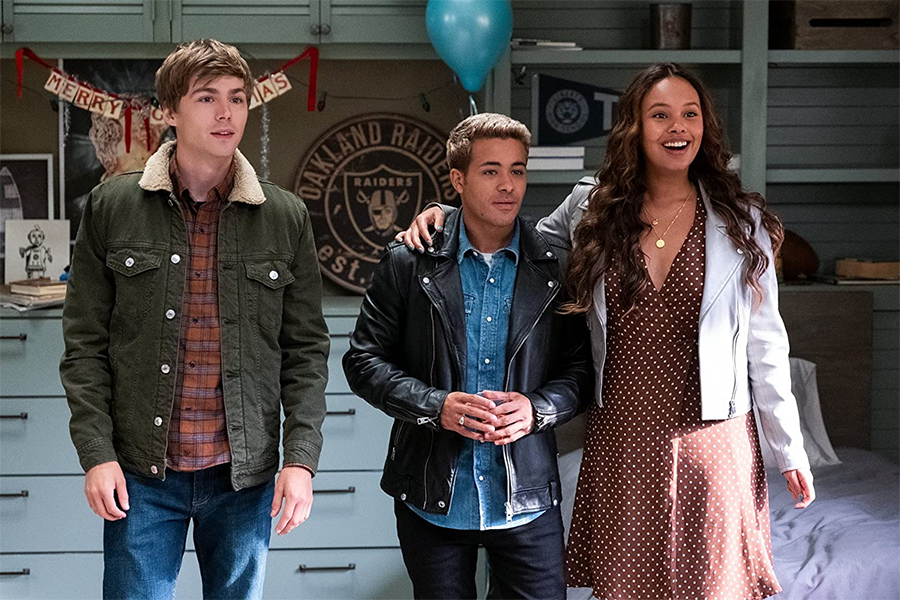 Netflix’s “13 Reasons Why” took over the No. 1 spot on Parrot Analytics’ digital originals rankings the week ended June 13.

With the June 5 release of the show’s fourth and final season, “13 Reasons Why” had 78.6 times more demand in the United States than the average TV show in the market in terms of average daily demand expressions, the proprietary metric used by Parrot Analytics to measure demand for TV content. The show was up 185.7% demand expressions from the previous week, when it was the No. 13 digital original.

Netflix’s “Stranger Things,” which had been the top digital original the previous three weeks, slipped to No. 2 with 64.7 times more in-demand over the average, with demand for the show up 9.9%.

Netflix shows rounded out the top 10. The new comedy “Space Force” entered the chart the previous week at No. 8 and dropped a spot to No. 9. It had 31.9 times average demand, with expressions down 0.3% from the previous week.

Netflix’s “The Witcher” returned to the top 10 at No. 7. Demand grew by 9% after the announcement that production of the second season, halted by the coronavirus pandemic, would resume Aug. 3.

The top overall TV series was Nickelodeon’s “SpongeBob SquarePants” with 91 times average demand. “13 Reasons Why” was No. 2 on the overall TV list. 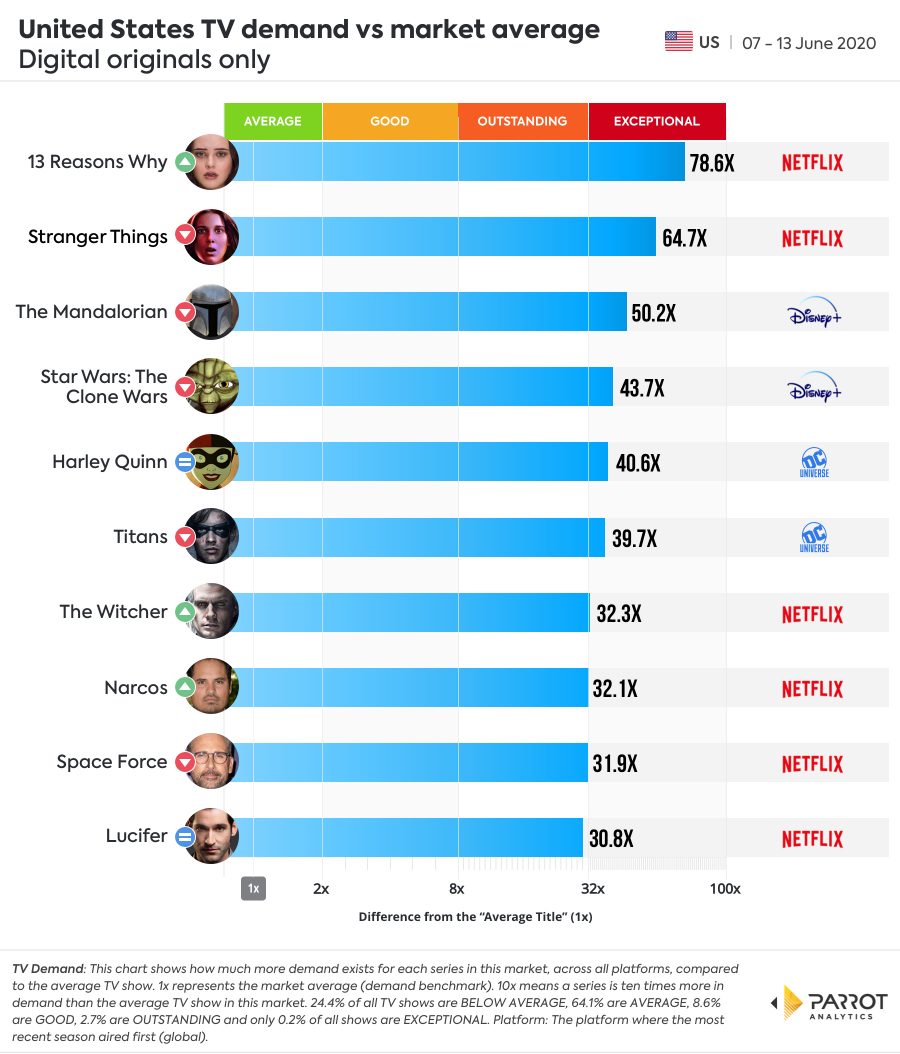