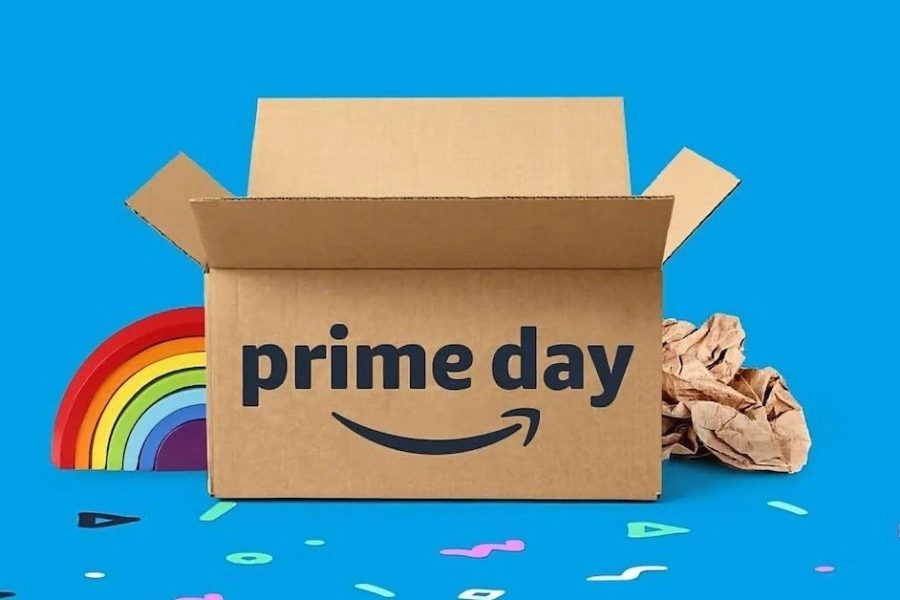 While the promotion is associated with a significant lift in sign-ups for the participating SVOD services, these subscribers overall tend to have a lower retention rate, according to new data from Antenna Research. 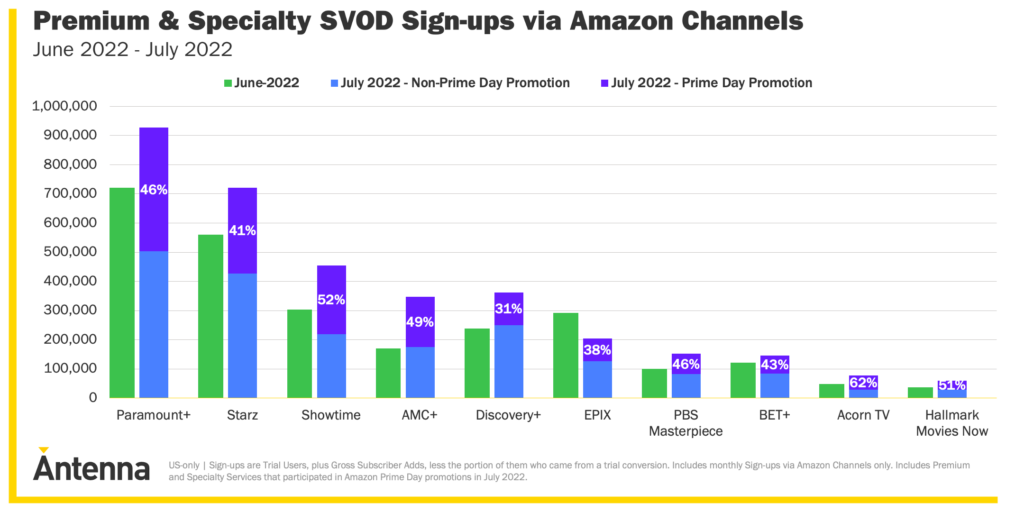 On average, the streaming services that participated in the Prime Day promotion saw 43% more subscriptions via Amazon Channels on the month of the promotion vs. the previous month.

However, AMC+ saw the greatest monthly increase from June 2022 to July 2022. It more than doubled their new subscribers in July, with 49%of these users coming via the Prime Day promotion. 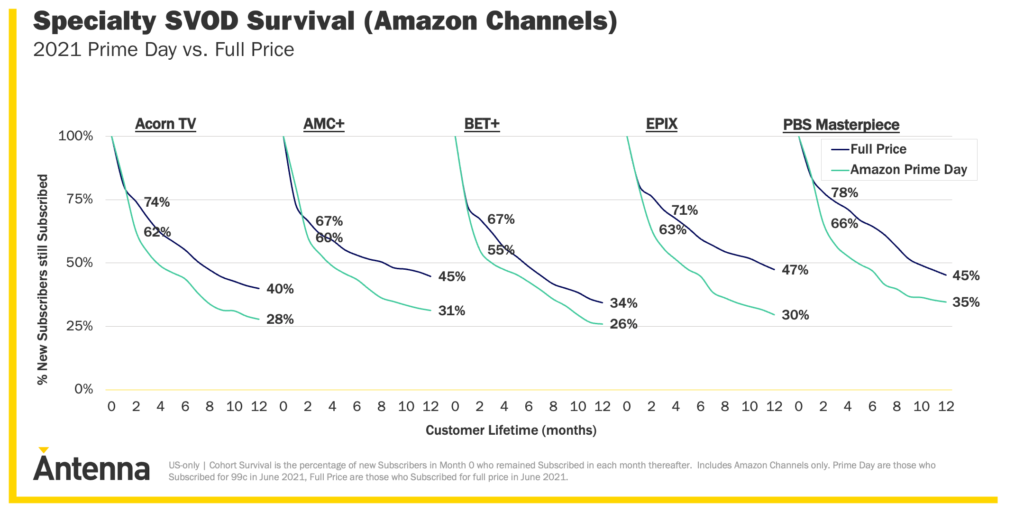 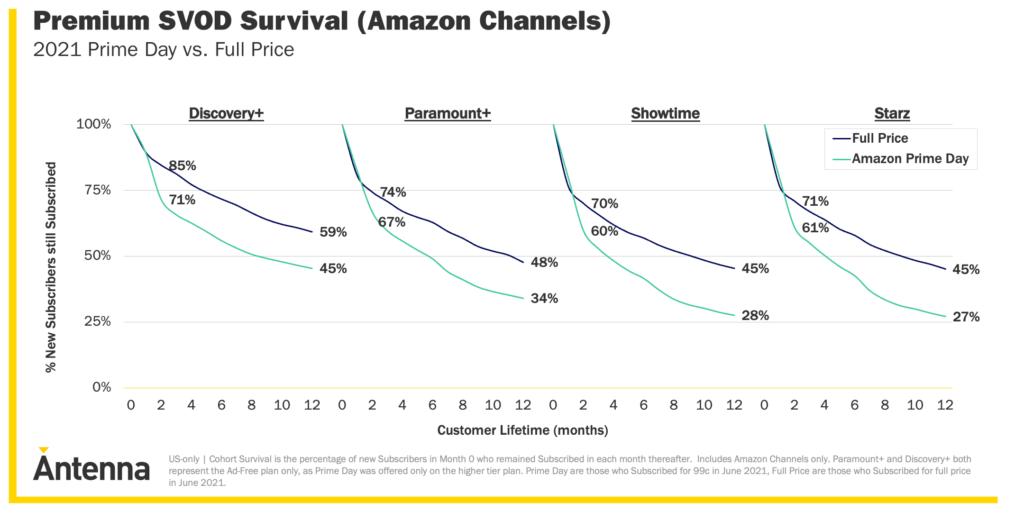 On average, premium SVOD Services saw a 16% difference between Prime Day subscribers and full-price subs. For specialty SVOD services, the difference in churn was slightly less steep with a 12% difference.