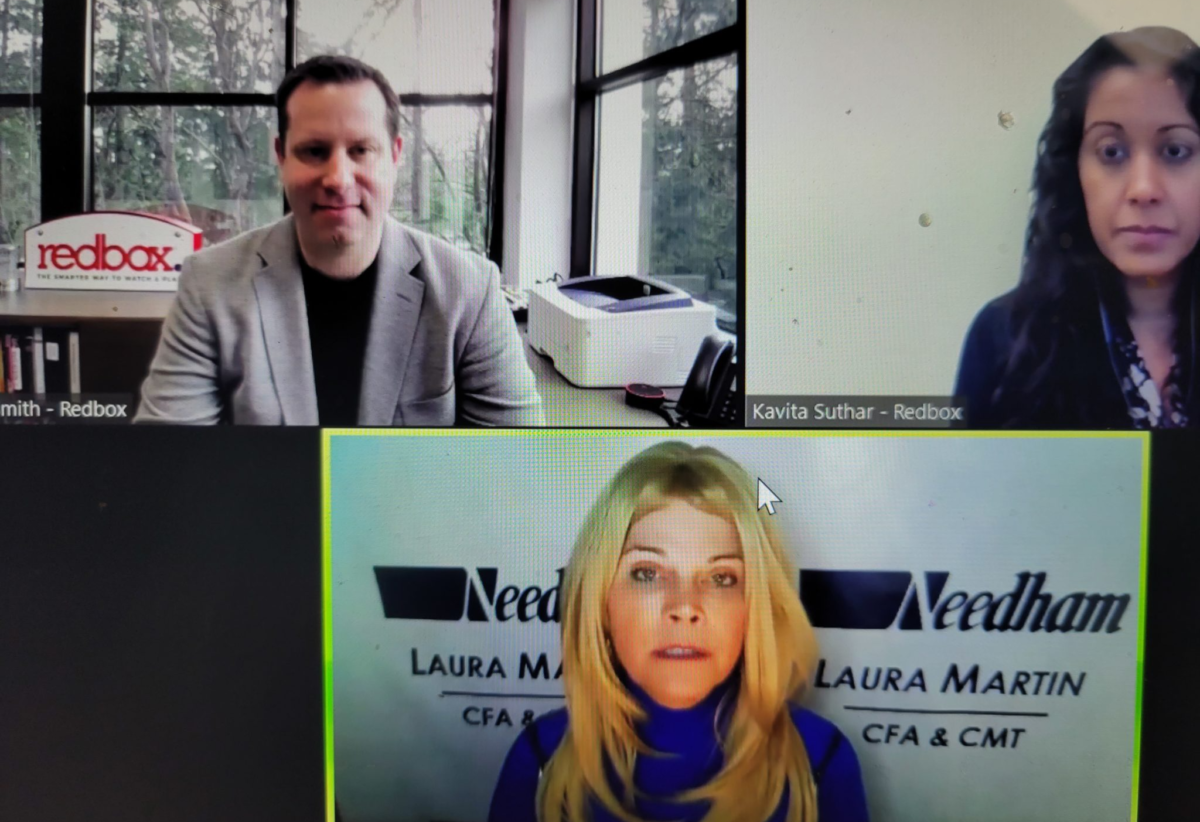 Since going public in October with special purpose acquisition company Seaport Global Acquisition Corp., Redbox Entertainment has been on overdrive.

In addition to pursuing digital distribution deals and content licenses to jumpstart its ad-supported VOD and free ad-supported streaming television businesses, the company is launching, in the first half of the year, a channels platform, which similarly to Amazon, will feature third-party subscription streaming services.

“That way, you have all of your content in one place,” CEO Galen Smith said at this week’s virtual 24th Annual Needham Growth Conference.

The venerable kiosk disc rental company has also added 1 million loyalty members (consumers earning points renting and buying games, DVDs, Blu-ray Discs, and On Demand movies), to start 2022 with 40 million — up from 27 million in 2018, according to Redbox.

“The app downloads were started as a way for people to find a movie at a local kiosk and reserve it ahead of time,” Smith said. “Now, we’ve been able to morph that and offer digital experience opportunities as well.”

“It allows us to give additional value, additional currency to consumers trying things,” Smith said. “We want to create this one destination, to make it very easy for consumers to find all of their digital content in one place.”

Smith said 58% of Redbox’s consumers (55% women) are loyalty members, with 71% identifying themselves as “deal hunters,” two times more likely to rent a movie than the average consumer, while 70% also admit to being late technology adopters.

“That’s why I think our Redbox Perks program is so valuable bringing them along,” he said.

Smith said the brand is currently embedded on 8 million Roku streaming media devices on sale at Walmart stores nationwide with a $5 discount coupon inside.

“We think we’ll be able to move over some of our Walmart customers over to a Roku streaming stick, and also find new customers that might not have experienced Redbox before,” he said. “We want to give them this incredible, single app experience.”

“We’re really excited, once this launches in the second quarter, what it will do for our business,” Smith said. “Creating this stickiness overall, in terms of coming to Redbox for more and more [the consumers’] entertainment needs.”

Specifically, Redbox contends the average kiosk-only consumer spends about $22 a year on rental discs, while consumers that also acquire digital movies spend about $70. Consumers who engage in disc rentals, transactional VOD and retail, spend about $100. When combining ad-supported content and SVOD to the mix, Smith said Redbox can generate from $215 to $295 in incremental revenue per select customers.

“To be really clear, it’s not going to everyone,” Smith said. “Some [consumers] will continue to do one thing. But we’re excited about the opportunities that presents.”