Smart-TV ownership continues to climb, with three-quarters (76%) of TV households saying they own a smart-TV, up from 70% a year ago, according to Hub Entertainment Research’s fourth annual “Connected Home” study.

Consumers are also using the capabilities of smart TVs more, according to the study. In the past, many smart TVs were operated as “dumb” sets — owners plugged them into cable boxes or external streaming devices, bypassing their built-in smart capabilities. But in 2022, more than four in five (86%) smart TV homes reported they regularly stream shows through a smart TV’s built-in capability, according to the survey. That’s a significant increase from 2020 (75%), but it still shows that a notable share (14%, or 1 in 7) of smart TV homes aren’t yet using those sets to stream TV shows or movies. 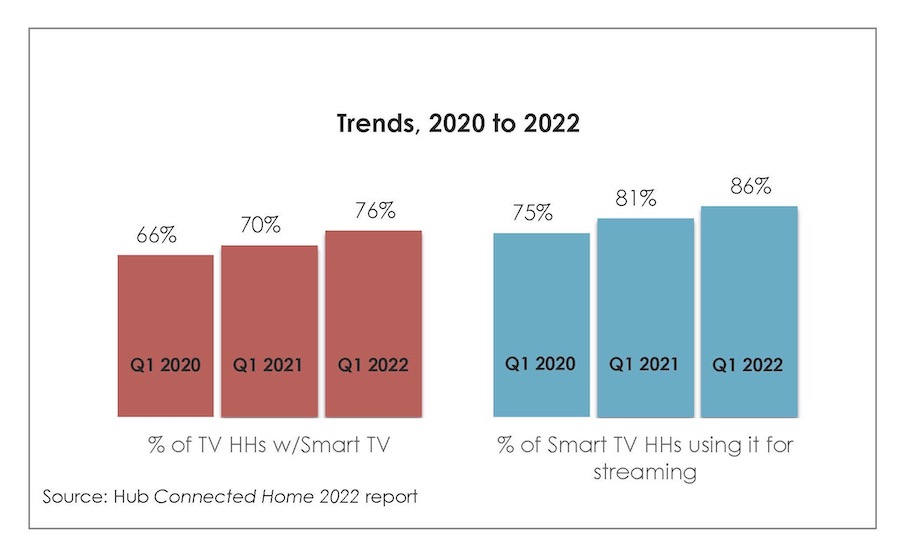 Meanwhile, adoption of other smart devices lags. About half of all households now own other smart devices, with 52% of all homes owning a smart speaker (Amazon Echo, Google Nest, etc.) and 48% owning at least one smart home device such as a smart thermostat, smart doorbell, smart lightbulb, etc.

“Growth in smart-TV viewing over the past few years has been supercharged not just by more smart-TVs, but greatly increased use of smart TV apps for streaming,” David Tice, senior consultant to Hub and co-author of the study, said in a statement. “It has been a long road to get a large majority of smart-TV owners to use those sets for streaming. This is a theme for smart tech overall. It’s not just getting devices into homes, but how can stakeholders get consumers to use the full capabilities of smart devices?” 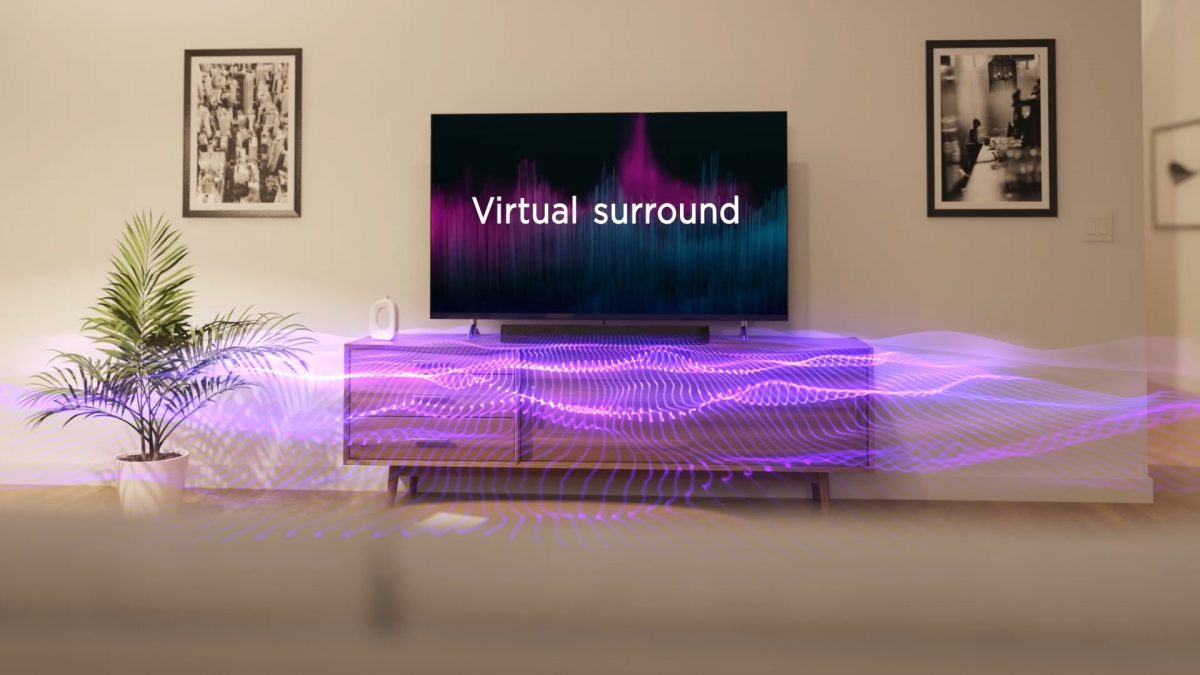