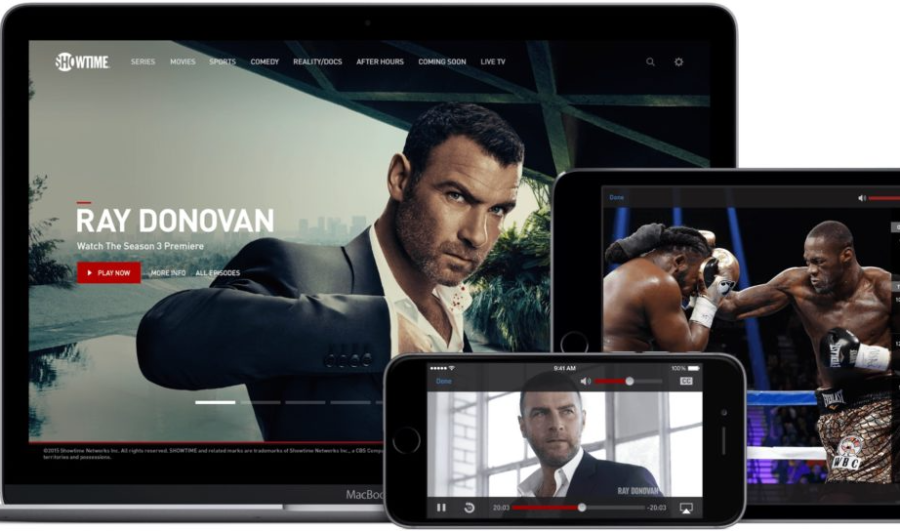 Speaking on the May 3 fiscal call, CEO Bob Bakish said the sub losses are due to the company’s decision to withdraw all business operations from Russia in response to the government’s unprovoked invasion of Ukraine — a conflict that has resulted in the destruction of Ukraine cities, deaths of thousands of soldiers on both sides, in addition to thousands of innocent Ukraine civilians.

Bakish said the decision to suspend business in Russia would negatively affect full-year pre-tax earnings by $70 million to $80 million, the largest component of which will fall to the TV Media segment.

The executive said Paramount is in the process of reviewing existing streaming bundle relationships in Russia. And starting in the current quarter, Bakish said he expects Russian subscribers will be removed from reported D2C subscribers.

“This change will reduce Q2 D2C subscriber growth by approximately 3 million subs, roughly two-thirds of which are subscribers to a non- Paramount+ service specific to the Russian market,” Bakish said.

Except for the removal of subscribers to streaming services in Russia, Bakish said Paramount Global’s full-year D2C sub growth expectations are unchanged.

“Given the nature of the affected services, the financial contribution is immaterial,” Bakish said.

With Paramount+ not available in Russia, the sub loss won’t affect the SVOD, unlike Netflix, which is projecting a two-million sub loss in the current quarter, much of it due to the Ukraine conflcit.

Paramount contends it can reach 100 million global subscribers by 2024, after adding 21 million subs in 2021 across both Paramount+, Showtime Anytime, and Noggin, among other services, in addition to generating $1 billion in revenue from free ad-supported streaming television service Pluto TV.

Speaking March 15 at the Deutsche Bank 30th Annual Media, Internet & Telecom Conference, CFO Naveen Chopra said management has its foot on the gas pedal transitioning Paramount+ into what he characterized is a “top-tier” streaming business model.

Chopra reiterated that Paramount+, unlike other pureplay SVOD services, would diversify its content by offering a “much wider” program selection that includes news, reality and live sports, in addition to scripted programming across the 35 countries it is operating in. By contrast, market heavyweight Netflix does not offer live sports or news.

“So, broad content is a critical part of our strategy,” Chopra said, adding that the company has a broader strategy regarding streaming, which he said includes separating SVOD from ad-supported VOD and FAST. Paramount+ does offer a less expensive ad-supported subscription streaming option.

He said Paramount Pictures would continue to implement a “fast-follow” strategy releasing theatrical releases into digital streaming and retail channels 45 days after their box office debut. The studio will also “lean heavily” on successful franchises, which include “Paw Patrol,” “Sonic the Hedgehog,” “Transformers,” “A Quiet Place,” “Top Gun” and “Mission: Impossible,” among others.

“Without well-known IP, you’re not stuck in the mode of having launch new shows and build new audiences every single time,” Chopra said.

“We’ve also done some very savvy things like, ‘how do you take an NFL audience and get them into that next scripted show, that’s going to make them really sticky and cause churn to decrease significantly?'” Chopra said.

The executive said Paramount aims to attract consumers that covet SVOD and AVOD separately, calling it a wider target market than most streaming platforms are focused on.

“If you want to have both free ad-supported and subscription, we think it’s important to keep those things separate,” Chopra said. “It’s very confusing to have all that in one service.”

He said that with ad-supported Pluto TV, the company has the ability to shout from the rooftop that the platform is free to consumers. By contrast, Paramount+ is marketed offering higher-quality content than FAST.

“We really like that positioning because it clarifies the value proposition in customers’ minds and allows us to address the entirety of that [total addressable market],” Chopra said.

Video streaming services debuted in this year’s telecom report with an ACSI score of 75, well above subscription TV’s score of 62, which declined 3.1% from last year.

The American Customer Satisfaction Index (ACSI) measures and analyzes customer satisfaction with more than 380 companies in 46 industries and 10 economic sectors. Reported on a scale of 0 to 100, ACSI scores are based on data from interviews with roughly 250,000 customers annually. The ACSI Telecommunications Report 2018 includes data on subscription TV services, video streaming, video-on-demand, internet service providers, fixed-line and wireless telephone services, and cell phone manufacturers. It’s based on 45,292 customer surveys collected between April 19, 2017 and March 17, 2018. The full report is available for download here.

With an ACSI score of 75, video streaming services were the highest-performing telecom industry measured in the 2018 study. Netflix, Sony PlayStation Vue, and Twitch all led the pack, tying at a score of 78. Apple iTunes and the Microsoft Store took second place at 77, with YouTube Red in third at 76.

Amazon Prime Video, Google Play, Hulu, and Vudu all registered at the industry average of 75, followed by the network channel subscriptions: CBS All Access at 74, and HBO Now and Starz at 72.

Video streaming services received high marks for ease of understanding the bill (80), website satisfaction (80), and call centers (75), but customers downgraded them on availability of the current season’s TV shows (71) and availability of new movie titles (69).

Customer satisfaction with subscription TV fell to 62, an 11-year low for the industry.

AT&T’s U-verse TV topped the list with a 70, one of only two scores that stayed the same instead of dropping. Verizon Fios fell 4% year over year to a 68 for second place, while DISH Network held steady at 67 for third.

In the middle of the pack, DIRECTV and Optimum both fell 6% to 64 and 62, respectively. Cox Communications shed 2% to 60, while Spectrum and Suddenlink both plunged 8% to 58.

The top-rated part of the subscription TV experience was HD picture quality, which holds steady at a score of 80. Picture quality was close behind, down 1% to 78.

“If you look at retail, airlines, and many other industries, companies like to reward customer loyalty, offering perks or discounts for doing business with them,” said VanAmburg in a statement. “Telecom is the exact opposite. In many ways, loyalty is punished because subscription TV is focused on customer acquisition and offering the best deal to lure customers away from competitors. In the long run, that doesn’t leave customers very satisfied.”

Among video-on-demand services, AT&T’s U-verse TV took the top spot with a 74, followed by DISH Network at 73, and Verizon Fios at 72. At 70, AT&T’s DirecTV came in far below its U-verse offering, but ahead of the industry average.

Optimum led all cable companies in video-on-demand at the industry average of 68, while Cox Communications and Xfinity tied at 67, and Spectrum came in last at 64.

Video-on-demand viewers were pleased with the number of TV shows (75), current seasons (74) and variety by category (74) available. However, the availability of a past season’s shows was lacking (69) as were free on-demand content (69) and new movie titles (68). Call centers received the lowest marks (67), but call center service performed better for on-demand customers than for internet and subscription TV.

ISPs were down 3.1% to 62, and while customers clearly weren’t satisfied with their service, more than half of Americans had only one choice for high-speed broadband. Every major ISP deteriorated this year except Xfinity, which remains unchanged.

Verizon Fios stayed in first place at 70 after a 1% dip. AT&T Internet also fell 1% for a second-place score of 68, followed by Optimum, which dropped 6% to 64.

Suddenlink and Spectrum both plummeted 8% to 61 and 60, respectively, followed by Xfinity, unchanged at 60. Mediacom placed last with a 53 after a 9% fall from last year.

Call center satisfaction, already low, fell another 3% to 59. Customers were also less satisfied with overall data transfer speed, which sank 3% to 67, and the variety of internet plans available, which fell 3% to 64. The one bright spot was courtesy and helpfulness of store and service center staff and speed of store and service center transactions, at 76 and 74, respectively, though both were down from last year.