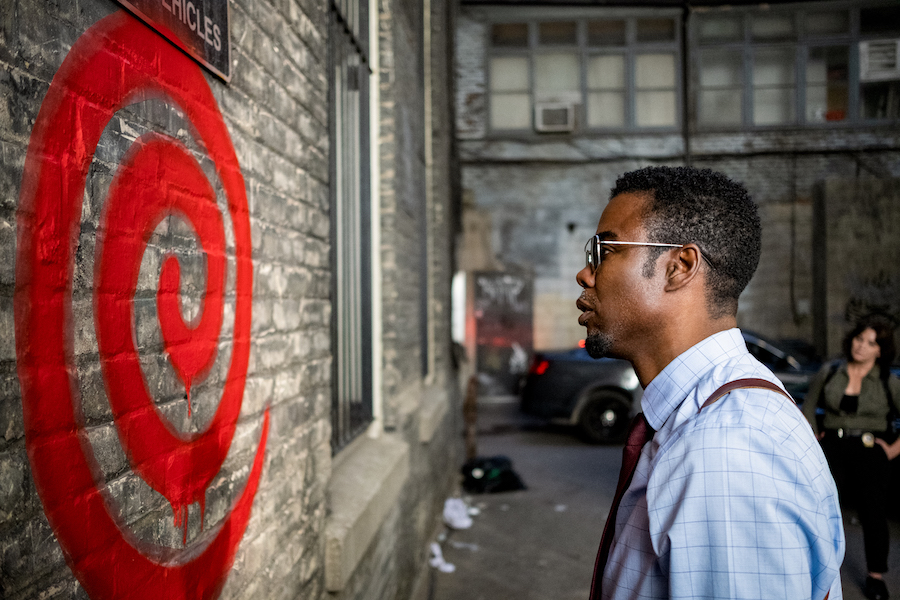 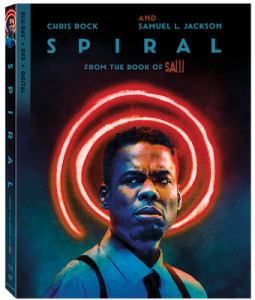 In the latest installment in the horror franchise, a criminal mastermind unleashes a twisted form of justice. Working in the shadow of his father, an esteemed police veteran (Jackson), brash Detective Ezekiel “Zeke” Banks (Rock) and his rookie partner (Minghella) take charge of a grisly investigation into murders that are eerily reminiscent of the city’s gruesome past. Unwittingly entrapped in a deepening mystery, Zeke finds himself at the center of the killer’s morbid game. 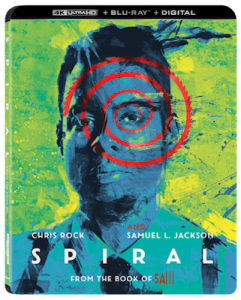 Spiral is produced by the original Saw team of Mark Burg and Oren Koules. 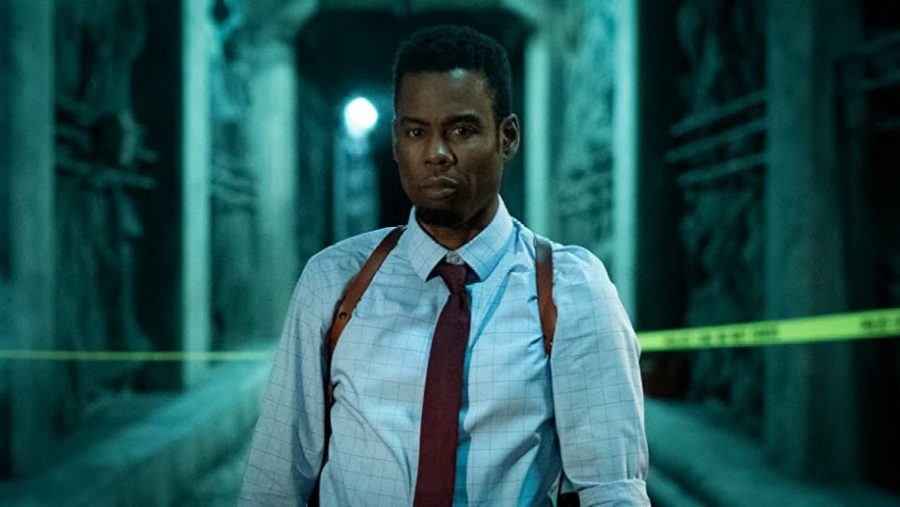 Lionsgate’s horror thriller Spiral, a new chapter in its successful “Saw” franchise, cut its way to the top of the domestic weekend box office with a projected $8.7 million in revenue across 2,811 screens from May 14 to 16. The movie, starring Chris Rock, Samuel L. Jackson and Max Minghella as law enforcement officials on the trail of a grisly killer, added an additional $3.3 million internationally.

The weekend gross underscored ongoing sluggishness among domestic movie theaters operating at 65% seating capacity to an unsure consumer during a pandemic. Spiral’s opening weekend paled in comparison to the previous “Saw” movie, 2017’s Jigsaw, which grossed $16.6 million in its opening weekend. The amount was still good enough to drive the franchise near the $1 billion threshold in total box office.

Jason Statham’s Wrath of Man dropped to No. 2, generating $3.7 million in ticket sales; $14.6 overall. When factoring in another $7.1 million in the film’s Chinese debut; $13.5 million internationally, the Guy Ritchie-directed vigilante actioner has generated $56 million in revenue.

Angelina Jolie’s actioner, Those Who Wish Me Dead, debuted No. 3 with $2.8 million across 3,188 screens. The paltry opening was driven by limited marketing and mixed reviews, suggestingmore viewers might be willing to stream the title concurrently on HBO Max.

Other movies playing in the U.S., included former Funimation chart topper Demon Slayer: Mugen Train, with $1.85 million in ticket sales, $42 million total domestically. Rounding out the Top 5 was Disney’s venerable Raya and the Last Dragon, which generated another $1.72 million, $46.1 million since its theatrical debut. 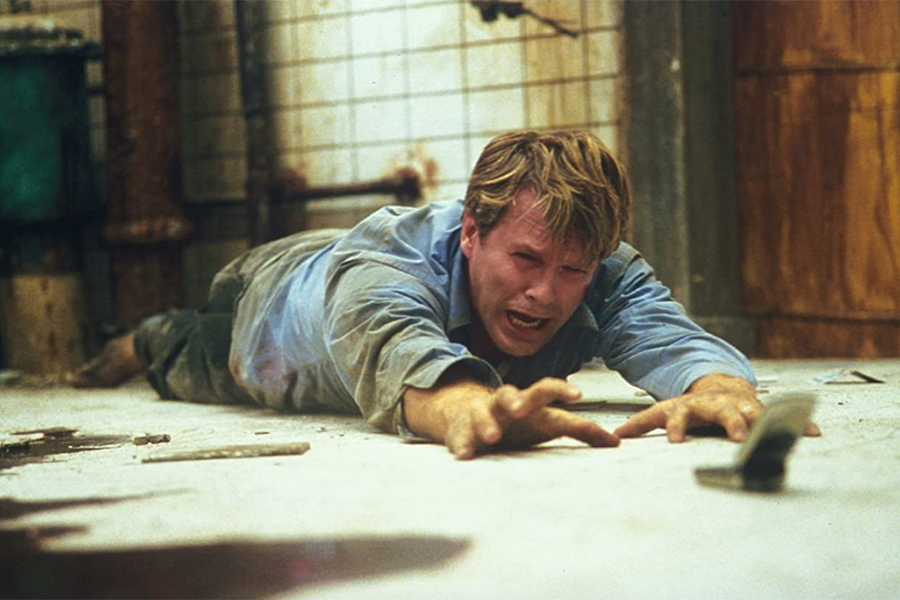 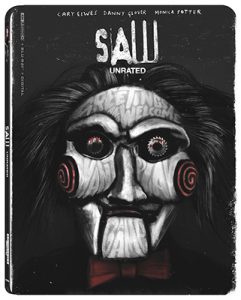 Lionsgate will release the 2004 horror film Saw on 4K Ultra HD Blu-ray Disc for the first time May 11.

The film marked the directorial debut of James Wan (The Conjuring, Aquaman) and stars Cary Elwes, Danny Glover, Monica Potter, Michael Emerson, Tobin Bell and Leigh Whannell (who co-wrote the film) in the story of a morally obsessed serial killer who forces his victims to play horrific games of torture and survival.

Saw went on to spawn a franchise of eight films, with a ninth, Spiral, due May 14.

The Saw 4K combo pack will include the unrated version of the film on 4K with Dolby Vision, as well as a standard Blu-ray Disc and digital copy.

Blu-ray and 4K special features include the featurette “Game Changer: The Legacy of Saw; an audio commentary with Wan, Whannell and Elwes; and a commentary with producers Mark Burg, Gregg Hoffman and Oren Koules. Additional extras on the Blu-ray Disc include the original Saw short film, an alternate storyboard sequence, the film’s theatrical trailer, and the featurette “Hacking Away at Saw.” 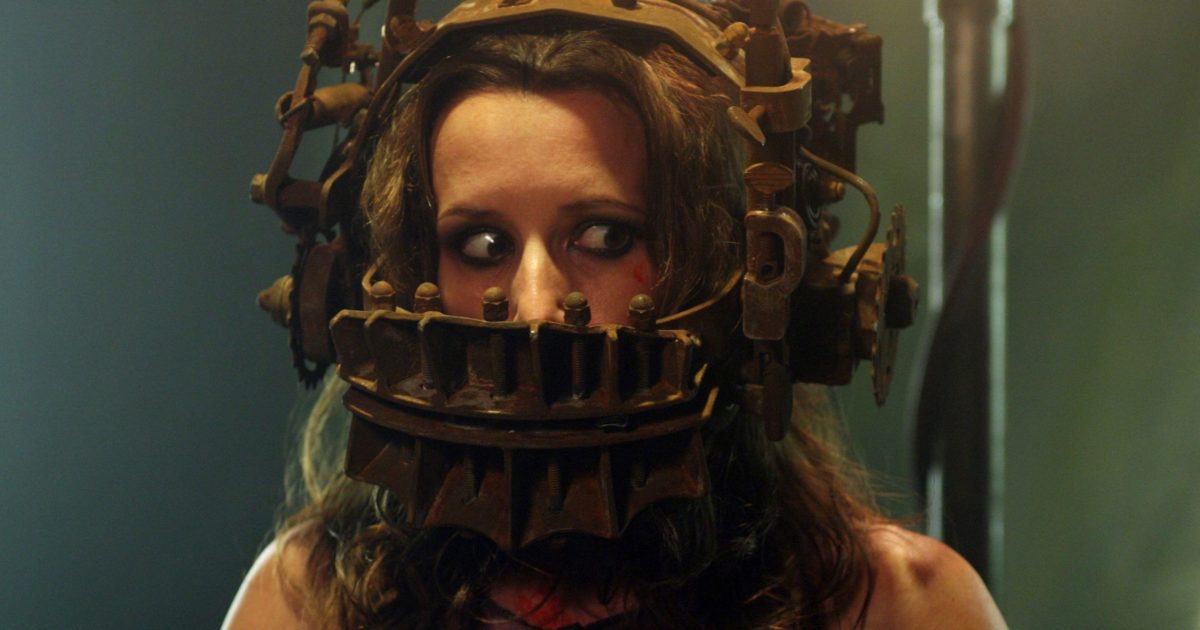 Lionsgate is going back to the vault with a reboot of its successful Saw horror franchise. In a twist, the newest theatrical edition — slated for release in 2020 — was conceived by stand-up comic Chris Rock, who will executive produce.

“When Chris Rock came to us and described in chilling detail his fantastic vision that reimagines and spins-off the world of the notorious Jigsaw Killer, we were all-in,” Joe Drake, chairman of the motion picture group, said in a statement.

“I’ve been a fan of Saw since the first film,” Rock said. “I am excited by the opportunity to take this to a really intense and twisted new place.”

Indeed, Saw is one of Lionsgate’s biggest movie franchises, with the eight films generating more than $1 billion in combined ticket sales since the original 2004 release from co-creator/director James Wan, who, along with co-creator Leigh Whannell, will also executive produce.

Saw has been a retail hit as well, selling more than 30 million DVD/Blu-ray Disc units. In 2010, Guinness World Records proclaimed the franchise as the “most successful horror movie series”.

“This upcoming film will still be as mind-bending and intense as all the previous Saw films,” Drake said. “Chris conceived this idea and it will be completely reverential to the legacy of the material while reinvigorating the brand with his wit, creative vision and passion for this classic horror franchise.”