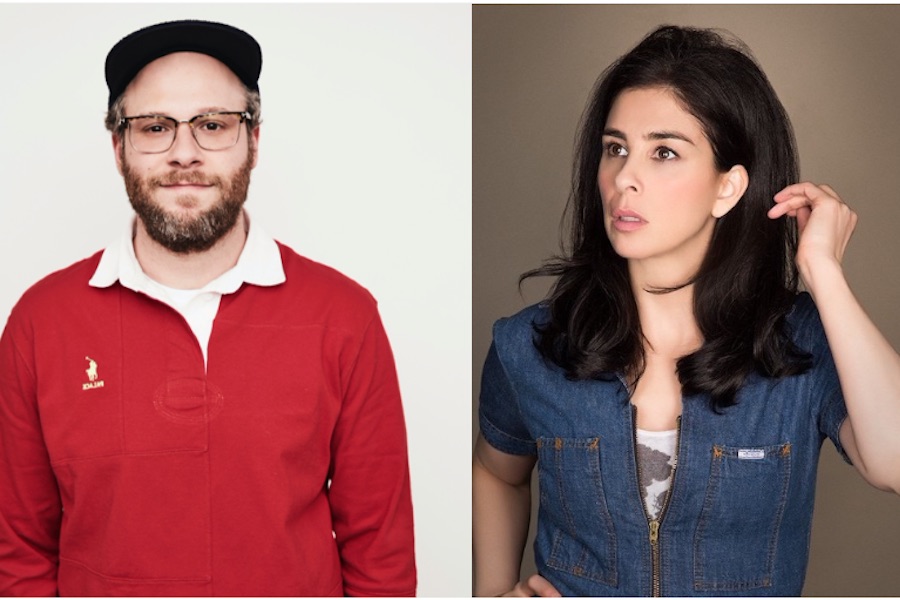 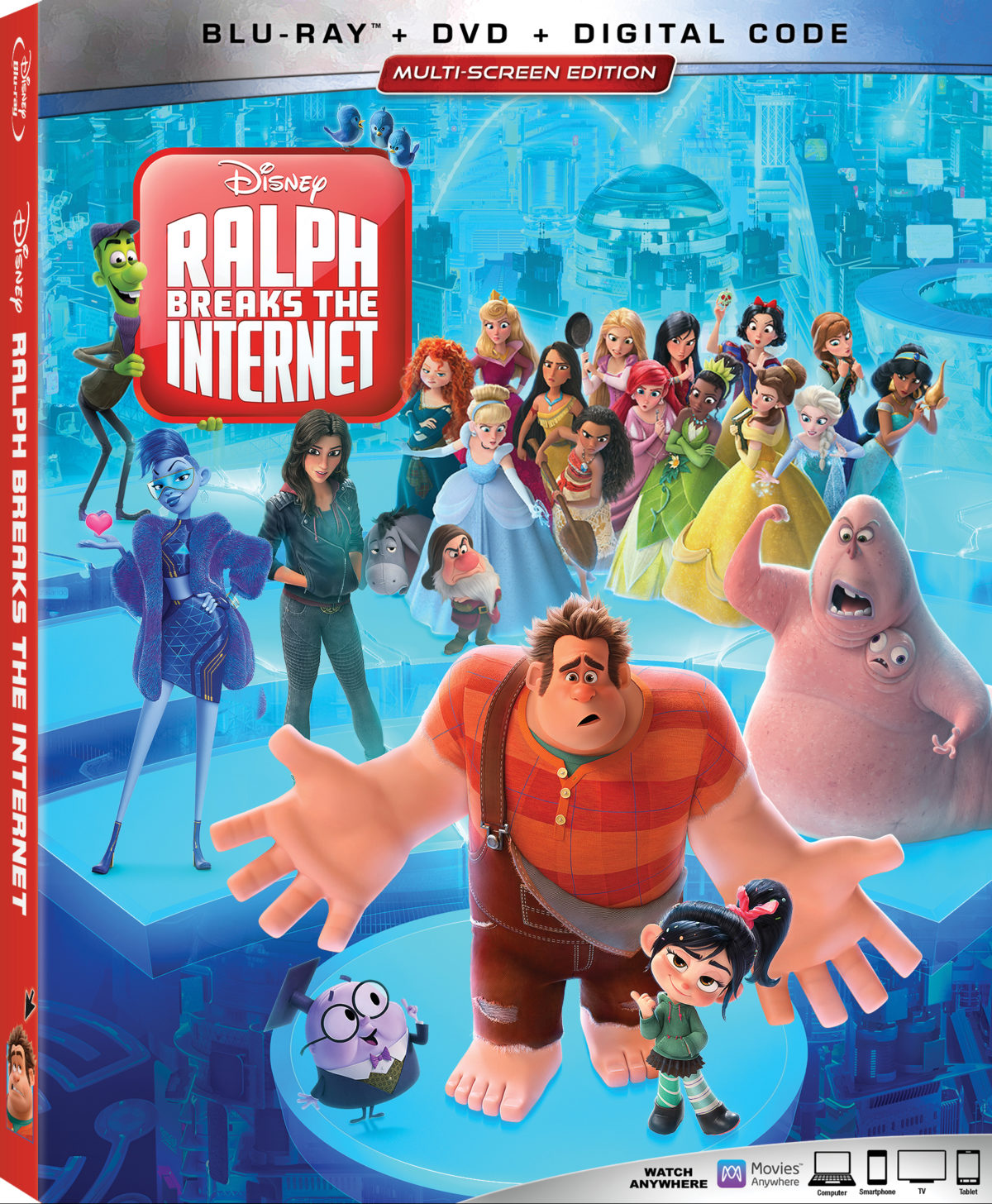 The original Wreck-In Ralph from 2012 got a lot of mileage from the nostalgia its audience would have for classic video games, as it told the story of video game characters wanting to be more than the parameters of their programming.

In particular, Ralph (voiced John C. Reilly), hated his reputation as a video game villain, but eventually came to accept his role in the game as the other characters realized that they couldn’t exist either without him.

In Ralph Breaks the Internet, it’s six years later and Ralph has settled into a content life alongside his new best friend Vanellope from the Sugar Rush racing game, whom he helped save in the first movie, embracing his day job smashing buildings while spending nights hanging out at other games in the arcade.

Vanellope, on the other hand, has grown bored with her racing game and longs for new tracks and hidden levels. She gets her opportunity for a new adventure when the steering wheel on her game breaks and, when the arcade owner balks at the cost of replacing it, she and Ralph head to the Internet to see if they can find the means to replace it themselves.

After a quick trip through eBay, the pair find themselves in an online game called Slaughter Race that offers new driving challenges that excite Vanellope. As she contemplates staying there, Ralph worries about losing his best friend and schemes to convince her to return to the arcade.

Ralph Breaks the Internet does for the World Wide Web what the first film did for video games, offering a steady stream of nostalgia, deep-cut references and sharp observational humor.

The film even gives Disney a chance to engage in some self-parody, as Vanellope visits a Disney website and meets all the Disney Princesses, allowing the filmmakers to poke fun at the tropes of a typical Disney film. They instruct Vanellope, who is technically a princess herself according to her Sugar Rush bio, that when the time is right, she’ll learn about her heart’s true desire through a song — leading to an off-kilter take on the traditional Disney musical number (and, taking the gag further, the Blu-ray includes a music video for a bubblegum pop version of the song, which has to do with Vanellope’s desire to play the aforementioned game with “slaughter” in its title).

On the other hand, the various references to mega-successful Disney properties such as the Princesses, Pixar, “Star Wars” and Marvel Comics could be seen as the studio basking a bit in its own dominance at the moment. (Perhaps we should be grateful they didn’t cram in a preview for the pending Disney+ streaming service). But, such meta-humor is the kind of thing the “Ralph” movies are in a unique position to get away with, as it practically comes with the premise (an early reference to Tron is particularly apt, all things considered).

In all, though, the film delivers with some exciting action sequences that build on the relationship between Ralph and Vanellope, and a sentimental story about the evolving nature of friendship.

The making of the film is the subject of the Blu-ray’s 33-minute “How We Broke the Internet” featurette, which is segmented into the development of various story points and characters. A separate 10-minute featurette focuses on the film’s music.

The three-and-a-half-minute “Surfing for Easter Eggs” talks about some of the film’s hidden references, but seems more interested in providing cutesy narration than loading up on interesting information.

A two-minute “Baby Drivers — Slaughter Racing School” featurette is offered as a digital exclusive, available with purchases of the digital edition of the film or through redeeming the digital code included with the Blu-ray.

The disc also includes the two-minute “BuzzTube Cats,” a montage of animated cat videos of the type used to populate background sites in the film.

There are five deleted scenes that total about 19 minutes, most of which are remnants of an earlier draft of the story but which reflect plot elements that did evolve into the final film.

Finally, in addition to the pop version of the Slaughter House song, there’s a trippy music video for the end-credits song “Zero” by Imagine Dragons. 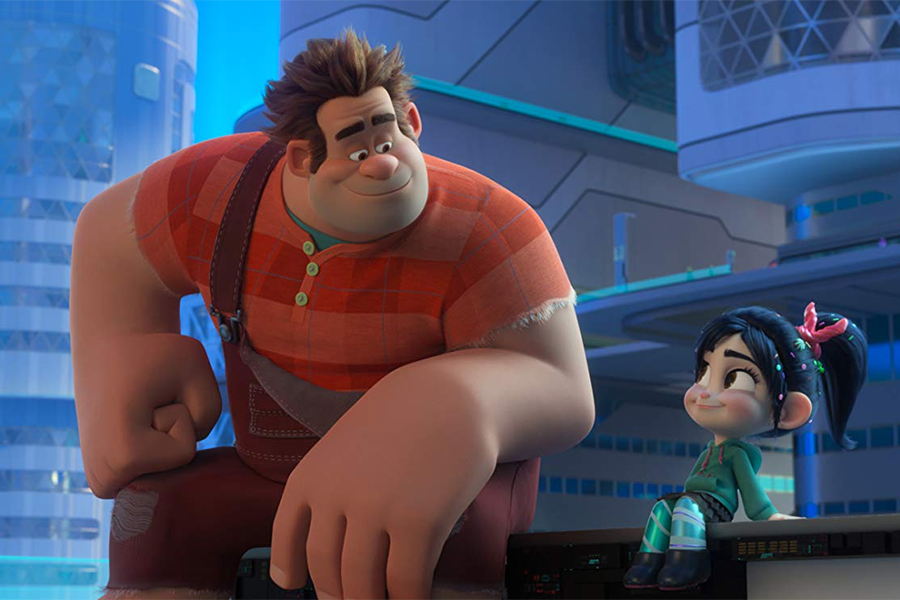 The story involves video game characters Ralph (Reilly) and Vanellope von Schweetz (Silverman) traveling from the arcade to the Internet on a quest for a part to save Vanellope’s Sugar Rush game. The film features several pop culture cameos, including a scene featuring all of the Disney Princesses.

The film has earned more than $190 million at the domestic box office and $435 million worldwide.

The DVD, Blu-ray and digital editions will include the music videos for “Zero” by Imagine Dragons and “In This Place” by Julia Michaels.

The Blu-ray and digital versions will also include deleted scenes, the behind-the-scenes featurette “How We Broke the Internet,” a “Surfing for Easter Eaggs” featurette about hidden references in the movie, the featurette “The Music of Ralph Breaks the Internet” and a “BuzzzTube Cats” compilation.

The digital edition, which can also be accessed through the redemption code included with the film’s Blu-ray combo packs, will come with the exclusive featurette “Baby Drivers: Slaughter Racing School,” a look at the film’s artists learning how to drive race cars.