The fund, which includes fiscal input from Mendes, The Society of London Theatre and UK Theatre, offers upwards of £1,000 to anyone who worked in British theater from 2019 through March 31, 2020.

“Playwrights and directors, theater artists and performers, composers and comedians, are the lifeblood of our industry too and, while Netflix has been more fortunate than many, in the end we are only as strong as the people we work with,” Anne Mensah,VP of original series at Netflix, said in a statement.

Before joining Netflix in 2018, Mensah was director of drama at Sky Studios in the U.K. She also was head of independent drama at the BBC in a previous position.

Indeed, Netflix has profited during the COVID-19 pandemic, generating record first-quarter (ended March 31) subscription growth and users with much of the entertainment industry shutdown. The streamer reports Q2 (ended June 30) results on July 16.

Mendes, in an op-ed last month in The Financial Times, implored entertainment businesses doing well during the pandemic to contribute.

“It would be deeply ironic if the streaming services —Netflix, Amazon Prime Video, et al — should be making lockdown millions from our finest acting, producing, writing and directing talent, while the very arts culture that nurtured that talent pool is allowed to die,” Mendes wrote. “Is there anyone among those people willing to use a fraction of their COVID-19 windfall to help those who have been mortally wounded?”

Entertainment One’s 1917 returned to the No. 1 spot on the Official Film Chart following its release on DVD, Blu-ray and 4K UHD. The three-time Oscar-winning World War I movie from Universal Pictures and director Sam Mendes sold 146,000 DVD/Blu-ray Disc units for the week ended May 27, knocking last week’s chart-topper Bad Boys For Life from Sony Pictures Home Entertainment down to No. 2.

Disney/Pixar’s Onward maintained  the third spot while Star Wars: The Rise of Skywalker climbed two places to No. 4. Little Women (Sony Pictures) dropped one spot to No. 5.

Disney’s The Call of the Wild entered the chart in sixth. The Harrison Ford-starring reboot about a dog named Buck whose life is uprooted when he is removed from his home and ends up in the wilds of the Alaskan Yukon during the 1890s Gold Rush, was released on disc in the United States on May 12 by Disney/Fox.

Universal Pictures Home Entertainment’s Cats debuted at No. 7 featuring Taylor Swift, James Corden, Jason Derulo and Dame Judi Dench as a tribe of cats, with one of them ascending for yearly reincarnation.

Finally, Disney’s Frozen II (8), Sony Pictures’ Jumanji: The Next Level (9) and Dinesy/Fox’s Jojo Rabbit (10) remained in the Top 10 for another week. 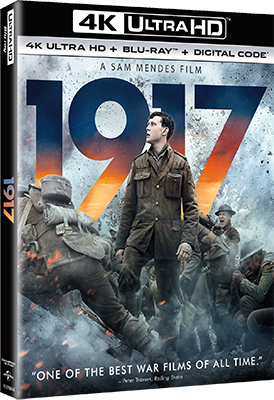 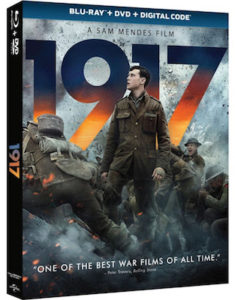