Despite a retail footprint of thousands of stores, GameStop rebooted its senior management team, incorporating a team of e-commerce experts led by new chairman Ryan Cohen, founder of Chewy.com. The company is in the process of transitioning from physical retail to technology and online gaming.

Cohen & Co.’s ascendancy has been fueled in part by crowdsourced-investors looking to manipulate GameStop shares for short-term gains. The strategy has worked thus far, with shares up 860% year-to-date based largely on non-business fundamentals. Quarterly revenue topped $1.18 billion, above an industry estimate of $1.12 billion.

Regardless, GameStop management conducted no Q&A during its Sept. 8 fiscal call — the second consecutive fiscal period it has done so.

As a result, much of the established Wall Street investment community has abandoned GameStop, except Wedbush Securities game expert Michael Pachter. The analyst questions when Cohen will live up to his hype.

“I am waiting for his brilliant strategy, and it’s not going to be brilliant,” Pachter told Yahoo Finance. “If it was brilliant, then he would have let us know, months and months and months ago. [Cohen] is trying to revolutionize an industry that has already passed him by. He’s audacious, and he’s wrong on this one.”

GameStop, the world’s largest video game retailer, June 21 announced the appointment of new CEO Matt Furlong to its board of directors, effective immediately. The appointment date aligns with Furlong’s start date as new chief executive officer. Coinciding with Furlong’s appointment, outgoing CEO George Sherman has retired from the board. Five of the six members of the Board remain independent.

Cohen, who launched online pet supply service Chewy.com, is a favorite among independent day traders and investors. His involvement in GameStop contributed to the company’s shares becoming a social media trading meme. Shares opened June 21 above $220 per share, compared with a 52-week low of $3.77 per share. How much of that valuation is actually based on company financials is anyone’s guess.

Just hours after his appointment as new chairman of the board at GameStop, Ryan Cohen June 9 wasted little time returning to the online universe in selecting a new CEO and CFO.

Furlong replaces CEO George Sherman, who held the position since 2019, but was forced out with the arrival of Cohen, founder of online pet supply company Chewy.com.

Cohen is looking to jumpstart GameStop’s e-commerce initiatives, and Furlong is a veteran e-commerce leader with significant experience implementing growth strategies across global geographies and product categories. Most recently, he was a country leader and oversaw Amazon’s Australia business. He was previously a technical advisor to the head of Amazon’s North America Consumer business. Throughout his nearly nine years at Amazon, he also ran a variety of product categories and oversaw strong market share expansion.

Recupero replaces Jim Bell, who exited the retailer in February. The former is a technology industry finance executive, who spent more than 17 years at Amazon supporting growth across global geographies and product categories. He most recently served as CFO of the North American Consumer business after serving as CFO of Prime Video. He previously served as the CFO of the European Consumer business. He began his career at Amazon, holding analyst, manager and director roles of increasing responsibility. 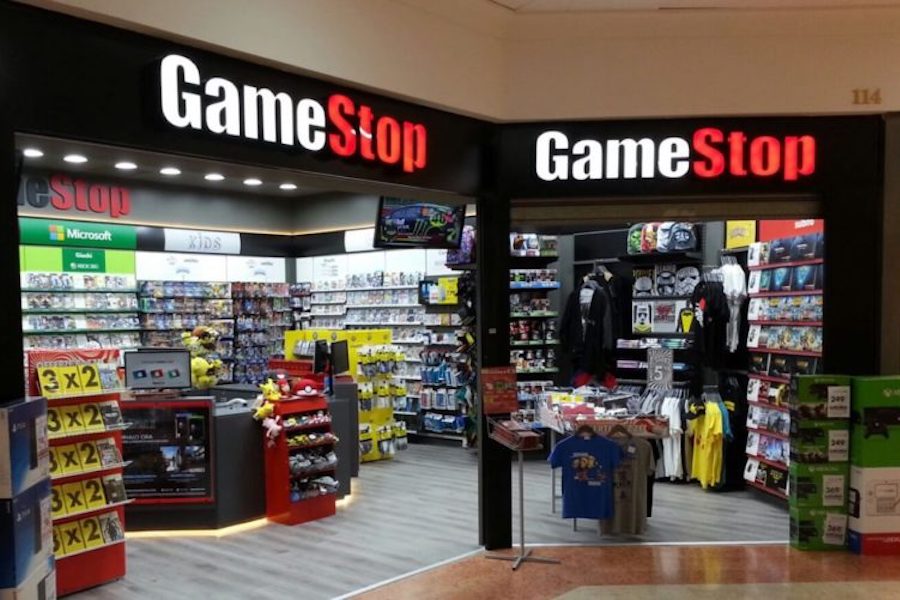 GameStop May 3 announced the expansion of its North American fulfillment network through its entry into a lease of a 700,000 square foot fulfillment center in York, Penn.

The facility is expected to be operational by the fourth quarter of 2021 and will support e-commerce and fulfillment needs. The nation’s largest video game retailer expects the fulfillment center will position it to grow product offerings and expedite shipping across the East Coast.

GameStop is in the midst of internal reorganization with the pending arrival of new chairman Ryan Cohen, co-founder of online pet supplies company Chewy.com. CEO George Sherman and other executives are leaving as Cohen staffs the retailer with Chewy executives in an attempt to push online gaming and e-commerce, and away from packaged-media retail.

George Sherman, GameStop’s CEO for the past two years, is set to step down on July 31 or sooner if a successor is found before then. The nation’s largest video game retailer first mentioned a move for a new chief executive officer in a March 23 regulatory filing.

Much of that investor speculation was spearheaded by Ryan Cohen, the co-founder of online pet food company Chewy and a renegade investor who became owner of 10% of GameStop stock. Cohen’s actions, which resulted in GameStop shares increasing 4,000% in value over the past six months, put him on the board as chairman.

Cohen is looking to transition GameStop from a packaged media retail to digital retailer, when in reality he just wants a chief executive attune to his business outlook. Cohen thanked Sherman for his leadership and “many decisive steps” taken to stabilize the business during COVID-19 pandemic.

“The company is much stronger today than when he joined,” he said.

Sherman, who saw the board last week yank 587,000 shares from his stock portfolio, still leaves with shares worth hundreds of millions of dollars.

“I am very proud of what we have accomplished at GameStop over the past two years,” Sherman said. “It has been a privilege to lead so many dedicated, talented individuals, who collectively possess tremendous passion for the gaming industry. We have helped bring stability and strength to the business, including by de-densifying our store footprint, reducing costs and debt, and driving e-commerce growth.”

Video game analyst Michael Pachter with Wedbush Securities in Los Angeles, said that since early January, Cohen had “systematically” dismantled Sherman’s staff, his board and back-filled with his own candidates.

“It’s a reasonable conclusion that he would cut George loose as well,” Pachter said.

GameStop, the world’s largest video game retail chain that has seen its stock fluctuate wildly in recent months due to third-party speculation, is reportedly looking for a new CEO, and has hired an executive headhunter.

Reuters, citing sources, said the retail chain is looking to replace CEO George Sherman as it increasingly focuses on digital distribution. Sherman, who was named CEO two years ago, has a 25-year career in brick-and-mortar retail, with executive stints at Advance Auto Parts, Best Buy, Target and Home Depot.

GameStop recently named Ryan Cohen, founder of online pet store Chewy, as its chairman of the board. The move came after Cohen, who acquired about 10% of the company in 2020, had several associates named to the board in January.

Cohen is no ordinary executive. The 35-year-old is reportedly revered by individual stock traders for his outside-the-box thinking. In fact, it was Cohen who help jumpstart online community social media platform Reddit’s impassioned interest in GameStop and other stocks earlier this year. The enthusiasm, which pitted individual and day traders against hedge funds — the latter looking to short the stock — made headlines as GameStop’s price-per-share skyrocketed based little on the company’s performance. GameStop shares are up almost 4,000% from a year ago.