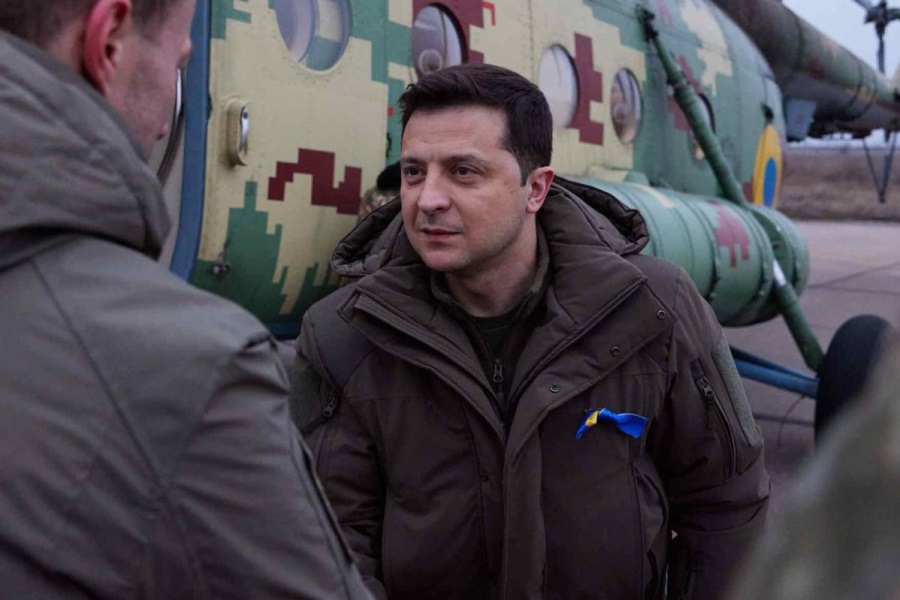 PBS on March 16 announced that Zelenskyy: The Man who Took on Putin, a new documentary profile of Ukrainian President Volodymyr Zelenskyy, will premiere as part of special programming on the crisis in Ukraine.

The film premieres on March 18 on PBS, PBS.org and the PBS Video app. The documentary follows Zelenskyy’s improbable rise from actor and stand-up comedian to political outsider, his unlikely but successful bid for the presidency, and his new role as the wartime leader of a nation under siege by Russian President Vladimir Putin. The film also explores Zelenskyy’s game-changing use of social media and television, which has captivated the world as it watches the defiant response of a country and its president. Zelenskyy: The Man Who Took on Putin was executive produced for ITN Productions by George Waldrum and Ian Rumsey.

PBS also announced that two Frontline programs, Putin’s Road to War and Putin’s Way, are currently streaming on PBS.org and the PBS Video app. Putin’s Road to War tells the story of what led to Putin’s war on Ukraine. Veteran filmmaker Michael Kirk and his team examine the events that shaped the Russian leader, the grievances that drive him and how a growing conflict with the West exploded into war in Europe. Putin’s Way is explores the allegations of criminality and corruption that have accompanied Putin’s reign in Russia. For over two decades, Putin accumulated the wealth and power that led to his autocratic rule and the specter of a new Cold War.

Also available for streaming is POV: The Distant Barking of Dogs, which follows the life of 10-year-old Ukrainian boy Oleg over a year, witnessing the gradual erosion of his innocence beneath the pressures of the ongoing war in Eastern Ukraine. Having no other place to go, Oleg and his grandmother Alexandra stay and watch as others leave the village, showing just how crucial — and fragile — family is for survival.