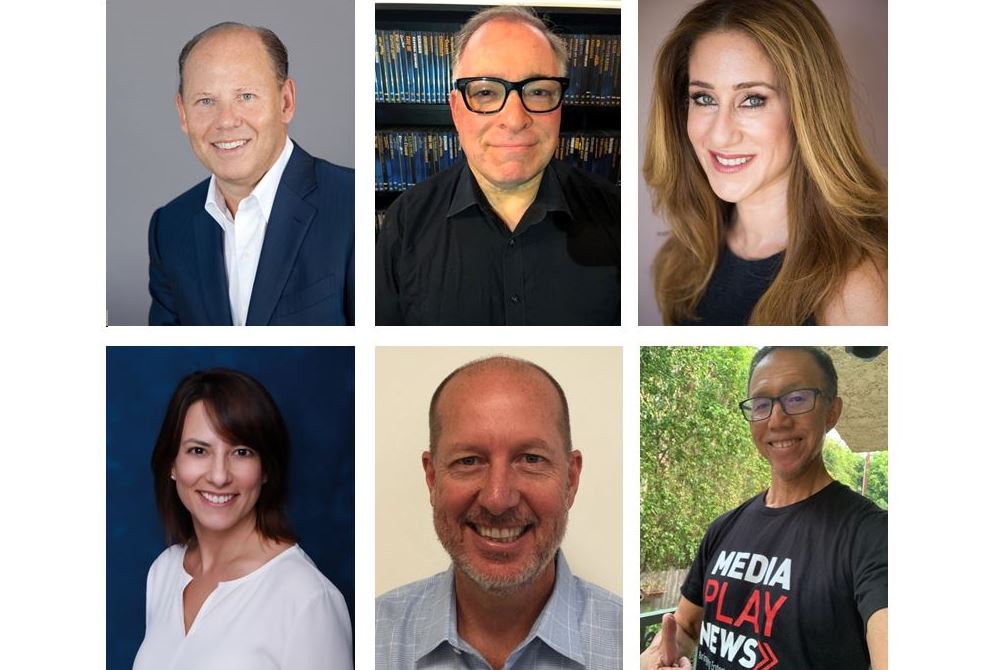 Every year, a number of respected home entertainment executives leave their jobs — and sometimes the business — for an assortment of reasons. Some are laid off — in the press, you’ll typically read that they are leaving “to pursue other opportunities.” Others find work in another field, while some simply retire.

In this unprecedented year, the coronavirus pandemic accelerated the natural evolution of home entertainment from the physical disc to digital, and from transactional to streaming.

And in this year like no other, the home entertainment industry lost some of our brightest and our best, as studios are being restructured and even reimagined for what everyone seems to think will be not just the next chapter, but a whole new book.

I’m singling out six industry veterans who left the business this year, all of whom I worked with and had many personal interactions with over the years. We met at industry events (remember those?), we spoke on the phone (remember when we used to do that?), and we connected on social media. We were colleagues, and we became friends.

Over at Warner Bros., WarnerMedia CEO Jason Kilar — elevated into the post in May — has been the architect of the most drastic studio makeover. Among the casualties was Ron Sanders, the brilliant and visionary home entertainment leader who in January 2018 had been promoted to president of worldwide theatrical distribution while remaining president of Warner Bros. Home Entertainment, a post he had assumed five years earlier.

Ron had been an integral part of the studio’s retail management for nearly 30 years, a protégé of the remarkable Warren Lieberfarb, the father of DVD. His early-August departure, I wrote at the time, struck me particularly hard because I never expected him to go, simply because he represented the best of home entertainment all rolled up in one person.  He learned the business during the decline of the VHS rental era, and mastered it during the glory days of DVD.  Under his leadership Warner was consistently No. 1 in not just market share, but also innovation and creativity.

George Feltenstein, SVP of theatrical catalog marketing, is a walking encyclopedia of movie knowledge who came to Warner in January 1997 after seven years of effectively running MGM/UA Home Video, during which time he released a significant number of classic MGM and United Artists films on videocassette and laserdisc. At Warner Bros., as David Krause so eloquently wrote on the DigitallyObsessed.com website, he held “the keys to a kingdom of Golden Age treasures, a massive, enviable catalog that encompasses the collections of Warner Bros., MGM and RKO studios.” Feltenstein will always be remembered for giving classics such as Casablanca, The Wizard of Oz, Singing in the Rain and Gone With the Wind the royal treatment for their DVD and then Blu-ray Disc debuts. I still have copies of his lavish 70th anniversary Wizard of Oz and Gone with the Wind gift sets in my movie room, gorgeous packages that include meticulously restored versions of the films as well as an assortment of collectible extras, from photo books and program reproductions to frame-able prints and even a watch.

(George was informed of his job elimination in November, but remains on the job, “working on all cylinders,” he says, until Feb. 19.)

Melissa Hufjay was Warner’s longtime VP of Publicity for TV, animation and originals. Working alongside Jeff Brown, himself one of the studio’s greatest executive assets, she was remarkably efficient and effective at her job, even though she worked with such a wide variety of material that she might find herself pitching a story about a new animated Batman movie one day and a direct-to-video horror film (think Rest Stop or Otis) the next.

As I wrote when I first learned of her departure two months ago, “Back in the heyday of packaged media, when DVDs were selling like crazy and people still made phone calls, many a weekday morning began promptly at 9 a.m. with a call from veteran Warner Bros. Home Entertainment publicity executive Melissa Hufjay. To be sure, I received many phone calls from studio publicists as well as account executives with agencies such as what is now Bender Helper Impact, but the earliest pitches invariably came from Melissa…. Melissa was one of those publicists who made our job easier: She saw things through our eyes, and her pitches were spot-on and almost always successful. And who could resist a call from someone as personable, as likeable, as ‘Hufjay,’ as we all called her.”

Rosemary Markson, SVP of TV marketing, spent more than 22 years at the studio and played as big a role as anyone in the birth and explosive growth of the TV DVD category.

Her marketing savvy helped turn us into a nation of binge-watchers a decade and a half before the first original series on Netflix, which was still renting DVDs by mail when Rosemary and her team had us clamoring for the next season set of “Friends,” “Smallville” or “Alias,” which more often than not would appear on DVD just as the subsequent season began airing on TV.

(A bit of history: TV shows on VHS never took off because those clunky cassettes took up so much shelf space. DVDs were much smaller, so releasing season — and even complete series — sets on disc became a viable business. At one point, it was estimated that the TV DVD business accounted for $4 billion in annual consumer spending!)

The last time I saw Rosemary was at the December 2019 Video Hall of Fame dinner in Beverly Hills, happily enjoying a meal with a Warner Bros. Home Entertainment team whose camaraderie impressed me so much at the time — a team that, sadly, is no more.

He spent more than 20 years at Warner, the last 16 as SVP of category management, a critical role in which he was charged with developing and executing strategic category plans for key retailers ranging from Walmart and Target to Amazon and Best Buy, developing and maintaining a data warehouse system to support retail analytics, and identifying consumer and market trends.

According to his bio on the Coalition for Quality Children’s Media website (he’s a board member), “Under Jay’s guidance, Warner Bros. Entertainment has achieved the Category Captain role for 28 of the largest sellthrough retailers in the world, including Walmart, Amazon and Carrefour in all worldwide territories as well as Best Buy, Borders and Barnes & Noble throughout North America; Karstadt, MediaMarkt, Albert Heijn in Europe; and Convenience Culture Company (Japan’s largest DVD retailer). Warner Bros has Category Management offices in 11 countries across four continents.” The bio also noted that Jay has been awarded Progressive Grocer’s Best in Class in Category Management “for innovation, execution and growth in the complex category of general merchandise.”

Easily one of the sharpest minds in this business, Jay over the years has helped us out tremendously in compiling our own charts of DVD and then Blu-ray Disc best sellers. He was accessible and efficient and every time I got off the phone with him I remember thinking, “This guy is so much smarter than I am.”

As we near the end of the year, there’s one more executive whose imminent departure warrants a callout. Evan Fong is retiring from Universal Pictures Home Entertainment on Dec. 31 after more than 35 years as one of the division’s top publicity executives. Evan’s arrival at what was then MCA Home Video predates my own entry into the business. I remember him as a loyal lieutenant to a quartet of smart, shrewd and savvy publicity leaders, first Jane Ayer, then the late Maria LaMagra, then Vivian Mayer, and, finally, Lea Porteneuve. Evan was always helpful, gracious and kind, and he played a key role in some of my fondest home entertainment memories, including countless VSDA conventions in Las Vegas and that famous press luncheon at the Universal Hilton in support of the VHS release of Fried Green Tomatoes where Maria served us journalists very potent mint juleps.

Ron, George, Melissa, Rosemary, Jay and now Evan, thanks for being part of our business for so many years — and a part of my life, as well. Each of you helped build the home entertainment business, contributing to its growth, development, maturity and continued evolution in your own special ways. We owe you a tremendous debt of gratitude for all that you have done over the years. And on a personal note, I’ll never forget any of you.