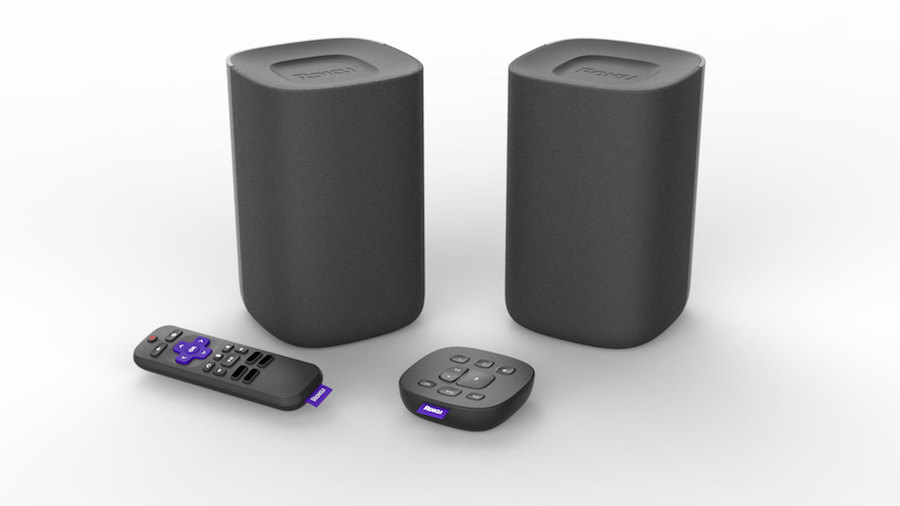 The speakers are “meticulously engineered and calibrated to deliver powerful, premium audio to Roku TVs,” according to a Roku press release.

“Because Roku controls the software in both the speakers and TV, Roku is uniquely able to provide seamless wireless setup and connectivity, optimize sound for the picture and ensure audio video sync,” the release stated.

“Picture quality, a tremendous selection of content, value, and ease of use make Roku TVs some of the most popular smart TVs on the market today,” said Roku CEO Anthony Wood in a statement. “Adding great audio dramatically enhances the way people experience their favorite entertainment. With Roku TV wireless speakers, we’re able to offer our customers a simple and affordable way to further immerse themselves into the TV, movies and music they love, while providing them with a better whole home entertainment experience.”

The speakers can be wirelessly paired to Roku TVs via Roku Connect, according to the release. Once paired, users can listen to audio from any streaming channel on the Roku platform, live TV from an antenna, or other devices such as a cable set-top box through the speakers. The speakers support Bluetooth music streaming from mobile devices. The speakers also offer automatic volume leveling to lower the volume on loud scenes and boost the volume on quieter ones and dialog enhancement to improve the intelligibility of speech.

Roku TV wireless speakers work exclusively with Roku TVs, which accounted for one out of every four smart TVs sold in the U.S. in the first quarter of 2018, according to the company. 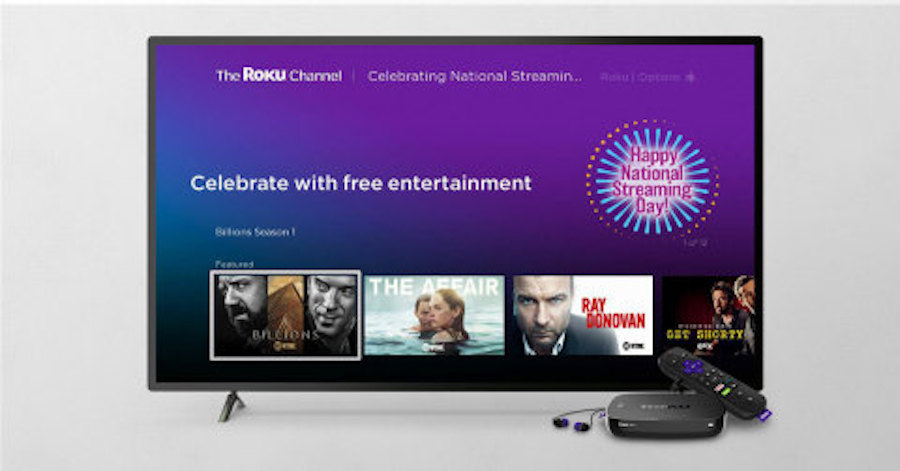 In celebration of 10 years of TV streaming, Roku May 14 announced it has unlocked free content for Roku customers and is offering discounts on select streaming players.

“The celebration falls just ahead of National Streaming Day on May 20, which encourages people to stream entertainment and recognizes the massive change in the TV industry,” according to a Roku press release. “This year marks the 10th anniversary of the first Roku player, the first ever device to stream Netflix to the TV.”

“For 10 years, Roku has facilitated the massive shift in the way people watch TV and we’re extremely proud of the contribution we’re making to streaming entertainment,” said Matthew Anderson, chief marketing officer, Roku, in a statement. “We can think of no better way to thank our base of nearly 21 million avid streamers than to offer free hit entertainment in partnership with some of the biggest and best TV networks like Shotime, Fox, EPIX, Smithsonian Earth and more.”

Content from select channel partners is available for free in the Roku Channel through May 20, including premiere seasons of the Showtime series “Billions,” “Ray Donovan” and “The Affair”; the first season of EPIX’s dark comedy “Get Shorty”; episodes of hits from Fox, such as “The Four: Battle for Stardom,” “Beat Shazam” hosted by Jamie Foxx; and “Love Connection” hosted by Andy Cohen; as well as nature and wildlife documentaries from Smithsonian Earth.

“Roku pioneered streaming to the television with the launch of the Netflix player in 2008. Since then, the company has transformed how consumers enjoy TV, how content providers reach their TV audiences and how brands reach TV audiences,” read the release. “As of the end of the first quarter of 2018, Roku had nearly 21 million active accounts, and during that first quarter alone, Roku users streamed 5+ billion hours.”