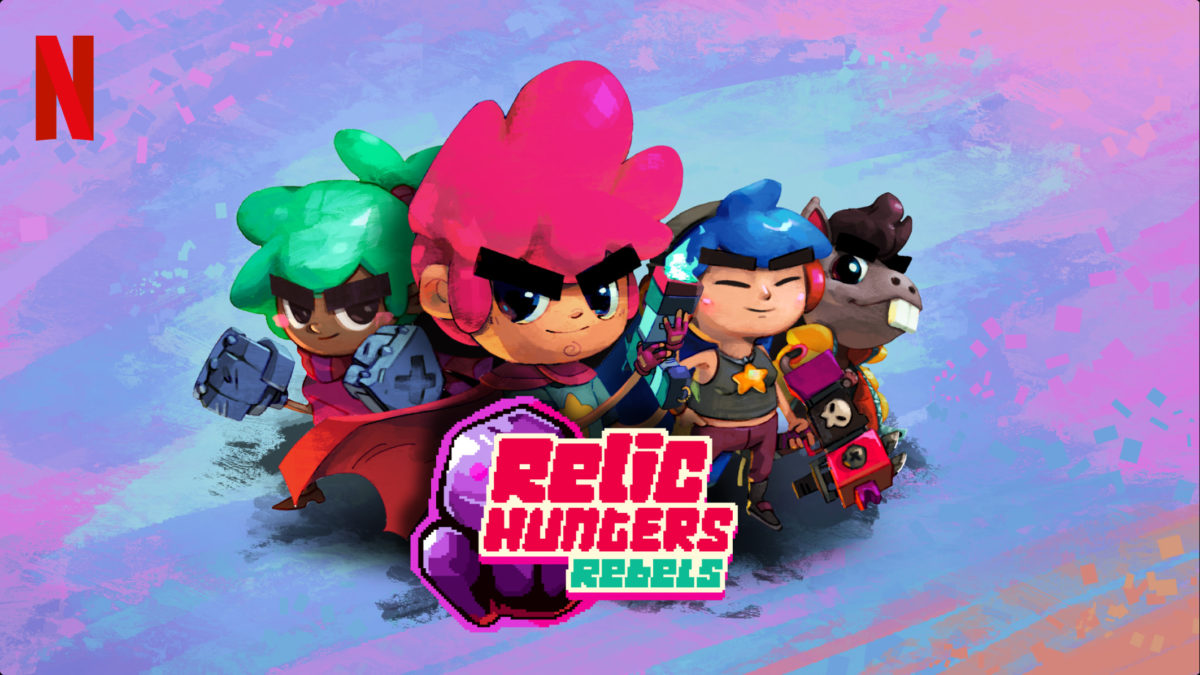 Players assume the franchise’s hunter characters (Jimmy, Ace, Pinkyy, and Raff), utilizing upwards of 44 different weapons, each with unique qualities, affinities, and elemental effects required to fight off space ducks and turtles in an attempt to defeat the evil Ducan Empire.

Netflix is aggressively trying to carve out a niche in the mobile game market, acquiring two publishers, Boss Fight and Next Games, in March to expand its gaming base to three companies following last September’s acquisition of publisher Night School.

In a blog post, Rogue Snail CEO Mark Venturelli discusses with Netflix the creative inspirations behind Relic Hunters: Rebels, the importance of inclusion in gaming and working with the SVOD pioneer for the first time.

Mobile users can download Relic Hunters: Rebels from the Netflix mobile app or directly from the Apple or Google app stores.

Netflix: Why did you want to bring Relic Hunters: Rebels to Netflix?

Venturelli: Besides being huge fans of Netflix, we were thrilled to be one of the early pioneer developers for Netflix Games and to be part of this story from the beginning. The idea that we could make games without worrying about monetization was also very compelling, as it allows us to focus on just making a fun game without having to worry about how to pay our bills. This keeps the game fun and fair for everyone. Netflix also backed our vision and provided us with the creative freedom to develop Relic Hunters: Rebels just like we wanted.

Netflix: Was there anything particularly special about the creation of this game knowing that this is the first mobile game in the Relic Hunters franchise?

Venturelli: We tried to make a game that would run easily on older phones, so we could reach a wider audience in places where people can’t afford a new device every year. It’s a great opportunity to bring even more people into the Relic Hunters universe. Our fans have also been asking for mobile Relic Hunters for a while, and we felt like this was the perfect opportunity to deliver.

Netflix: Rebels has a non-binary character (Baru). How does inclusion and diversity influence Rogue Snail as a studio and in the games you make?

Venturelli: We have a very diverse team at Rogue that includes African, European, and Asian cultural influences. That diversity allows us to make better games by enabling new voices and ideas, and by providing our talent with an enjoyable workplace that is welcoming to everyone. The inclusion of Baru was absolutely natural considering that the character was written by a non-binary person, drawn by a trans woman, and voiced by a non-binary talent in Jan Aponte.

We want our players to feel embraced for who they are. We also believe that the gaming community is growing up and learning that making more people feel welcomed and accepted does not make the space any less so for dudes like me, aka a nerdy white guy. As long as we all respect each other, we can have a lot more fun together.

Netflix: Relic Hunters represents one of Netflix’s first mobile games out of Brazil. What makes gamers in Brazil and South America unique and how does that translate to your games?

Venturelli: As kids, the Brazilian members of our team were exposed to many different styles from different parts of the globe, like anime, American cartoons, superheroes, Super Sentai, and tokusatsu. These influences, combined with contributions from our diverse team,  help us create games that appeal to multicultural audiences around the world.

Netflix: Are there any easter eggs fans should be on the lookout for? If so, why were those important to include?

Venturelli: Yes, especially for those familiar with the Relic Hunters franchise. We like to highlight our Hunters’ journeys, so you may find some easter eggs related to Relic Hunters Zero and the upcoming Relic Hunters Legend in Relic Hunters: Rebels. But you’ll have to play to find out. We don’t want to give away any spoilers.