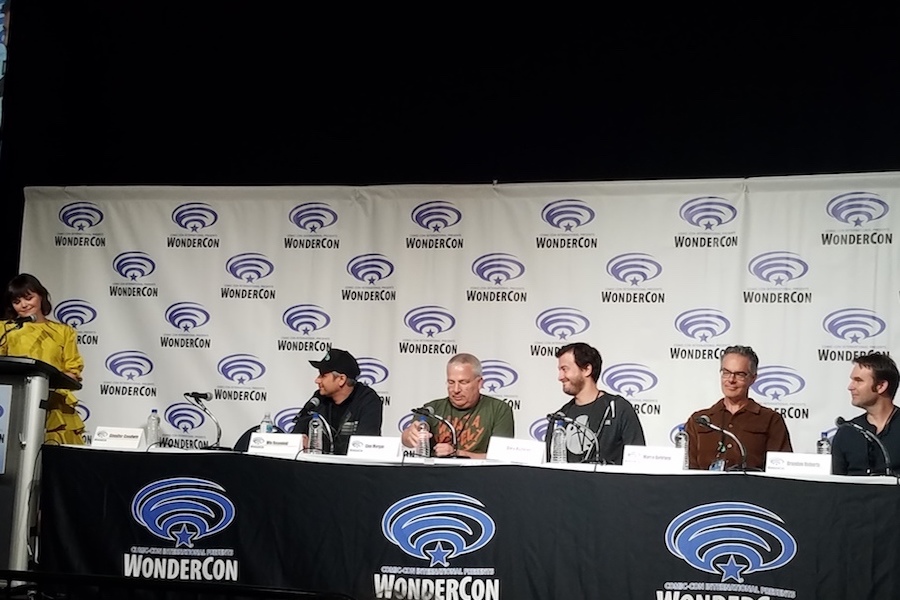 Taking on a reboot of the iconic “Twilight Zone” series from Rod Serling was daunting, but executive producer Jordan Peele (Get Out, Us) made it simple.

Producers discussed the reimagining of the iconic series March 30 at WonderCon in Anaheim, Calif., and the influence of Peele. The series debuts on CBS All Access April 1.

“He’s just a deeply ethical and moral person who really cares about the world that we live in, and I think the reason he’s become, he’s gotten the accolades and the attention he’s gotten in the last few years, is he also happens to be a master of genre,” Rosenfeld said of Peele on a panel during WonderCon.

Questions from immigration to guns to violence and corruption are ripe for the genre treatment, panelists said.

“What Jordan is great at is realizing the best way to address these things is through science-fiction and fantasy,” Rosenfeld said.

“Rod serling was writing dramas on TV and the networks were telling him you can’t talk about that, and that’s why he did ‘The Twilight Zone,’ so he could talk about those things, about bigotry and greed and warnings about upcoming technology,” Morgan said.

“The advantage of genre is actually — and in a way it gets underestimated — is you can slip things under the radar,” added writer Alex Rubens.

Reimagining the score had to include the legendary “Twilight Zone” theme, co-composers noted.

“The first thing we thought was we gotta keep the theme,” said co-composer Marco Beltrami. Co-composer Brandon Roberts commented it would be “musical suicide” to redo or reject the theme music. But they added new and old (including a theremin) influences into the musical score.

But the music isn’t the only thing recalling the old series.

“We’re Easter egg junkies, and there’s certainly a lot of that in there,” said Rosenfeld.

Producers went so far as to borrow a prop from an old “Twilight Zone” episode, the dummy Willie. The nearly century-old dummy (from Vaudeville times) was owned by David Copperfield.

“This thing is worth half a million dollars,” noted Morgan. Copperfield generously lended it to the series for a mention.

“He’s sitting in the green room in an episode,” Morgan said.