This month’s cover story in the February 2021 issue of Media Play News could’ve been written about me. I love movies. I’m prone to binge-watching episodic series. And I enjoy weird documentaries and concert videos.

Since I tend to be a Type A control freak, I like to be in charge of what I watch and when I watch it. So it shouldn’t come as much of a surprise to anyone that I haven’t watched any broadcast TV at all since Election Night last November.

I also enjoy going to the movies, mostly for the thrill of watching something new, something fresh, something most people haven’t seen yet. So when theaters were shuttered — and here in California, they’re still dark — I jumped at the chance to watch new movies in my family room, even if it would set me back $20. Being a man of a certain age, I passed on Trolls World Tour, but the lure of Scoob! and childhood memories of my Saturday morning cartoon marathons made the Warner release my very first PVOD purchase. I wasn’t disappointed, and since then I’ve probably watched at least a half dozen other premium VOD releases – drawn, again, by the thrill of being among the first to see it.

At the same time, I’ve been buying and renting much more frequently, both digitally and on disc. I’m as addicted to Netflix as the next guy, but maybe being in the industry makes me a little more aware than most people about all the great content I’m missing that’s not available on Netflix or the other streamers.

So during the past 11 months (has it really been almost a year?) of this never-ending COVID-19 pandemic, I’ve rented and bought dozens of movies, new and old, and at the same time made numerous trips to my DVD/Blu-ray Disc room to pull out favorites from my personal collection.

I just finished watching all six “Rocky” movies on Blu-ray Disc with my middle son. We tried starting the “Rambo” series, but the discs are damaged so I just placed an order for a new set of “Rambo” Blu-rays for $25.

Before that, I had a nostalgic moment and pulled out my Incredible Mr. Limpet DVD, the first movie I saw in the theater.

My youngest son and I watched all six years of “The Sopranos” on Blu-ray Disc — his first time, and my third — and after that we went on a gangster movie binge. We watched the first two “Godfather” movies from my library, bought the new edit of the third film in the series, Mario Puzo’s The Godfather, Coda: The Death of Michael Corleone, on Blu-ray Disc from Amazon, and rented several other movies, including Goodfellas and Casino, digitally through Redbox On Demand.

My wife, meanwhile, raced through The Queen’s Gambit and “Designated Survivor” on Netflix and, before that, “Outlander” on Hulu.

I’ll join her, eventually, since there is an awful lot of great programming I’d like to get back to — including season 3 of “Ozark,” although by now it’s been so long I’ll probably have to watch the first two seasons again just to figure out what’s going on.

But until movie theaters reopen, I’m going to keep bringing the theater into my home. 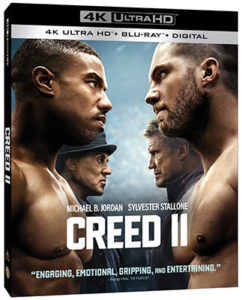