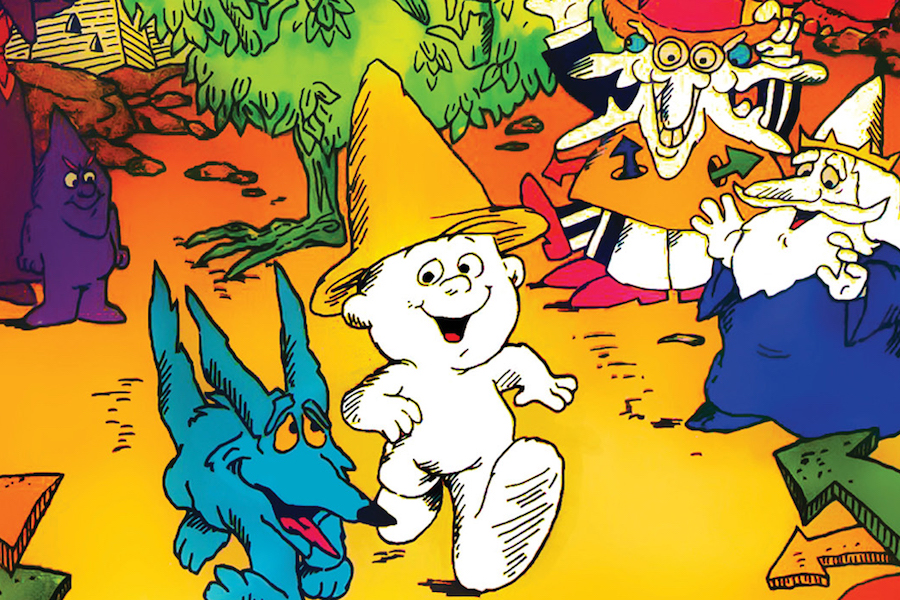 The animated title The Point (1971) is coming to Blu-ray for the first time from the MVD Rewind Collection Feb. 18. 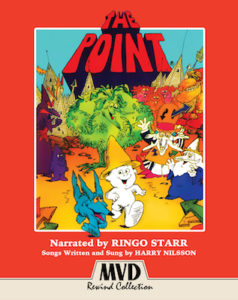 Directed and animated by Academy Award winner Fred Wolf (Free To Be… You & Me, “The Flintstones”) with story and songs written by Grammy Award winner Harry Nilsson and narration by Ringo Starr, The Point is a family friendly fable about difference.

In The Land of the Point, everything has one — the barns, the houses, the cars, the people — everyone, that is, except Oblio (Mike Lookinland, “The Brady Bunch”), who was born round-headed. Since he has no point, Oblio — along with his trusty dog, Arrow — is banished to the Pointless Forest.

The re-release was overseen by Lee Blackman for the Nilsson Estate and MVD’s Eric D. Wilkinson.

“We searched everywhere but came up empty-handed in regard to locating the original negative elements,” said Wilkinson in a statement. “Thanks to the generosity of collector Kier-La Janisse, who provided a rare 16mm print, we oversaw a 2K HD scan, which included shot-by-shot color-grading to reduce fade and improve consistency. Considering the condition of the elements we had — while a complete restoration proved to be unfeasible — the end result is the best the film has ever looked and we are proud to give fans and collectors the best edition on disc and digital that has ever been created for this classic animated film.”

The disc features a new 2K High Definition transfer presented in its original aspect ratio and several special features, including a new interview with Lookinland; a new conversation with screenwriter Norm Lenzer; a new featurette “Everybody’s Got a Point: Kiefo Nilsson and Bobby Halvorson on Adapting the Point”; a new featurette “Nilsson on Screen,” with biographer Alyn Shipton and friends on Nilsson’s film projects and appearances; the four-part featurette “The Making of The Point” ; and a mini-poster.