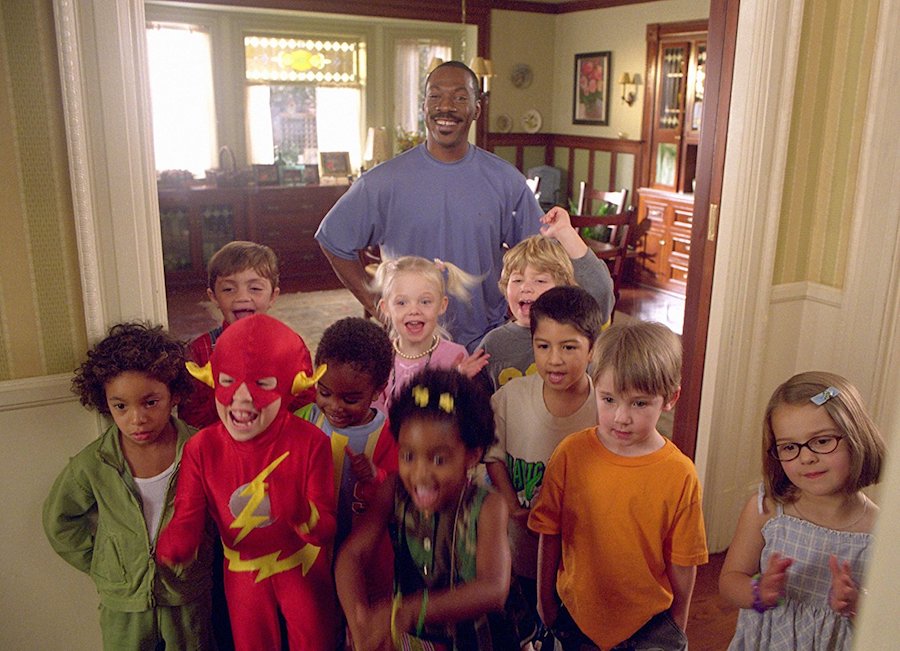 Revolution Studios and Sony Pictures Home Entertainment are reaching into the vault to celebrate the 15th anniversaries of nine films. Titles are available now in various formats.

Adam Sandler and Jack Nicholson star in the comedy Anger Management, the story of a timid businessman wrongly sentenced to an anger management program, where he has his life turned upside-down by an ultra-aggressive instructor who hardly practices what he preaches. The title is available on DVD, Blu-ray & Digital.

In Daddy Day Care, Eddie Murphy finds himself unemployed and decides to turn his home into a day care. The comedy is available on DVD and digital.

Ron Howard, Cate Blanchett and Tommy Lee Jones star in the Western thriller The Missing, available on DVD and digital. In the desolate wilderness of New Mexico, an estranged father returns home to make peace with his adult daughter. When her child suddenly vanishes, father and daughter delve into the supernatural to get her back.

Julia Roberts stars as a novice art history professor with a surprising lesson plan that inspires her students to open their eyes to love and life in Mona Lisa Smile, available on DVD, Blu-ray and digital. It also stars Kirsten Dunst, Julia Stiles and Maggie Gyllenhaal).

A young man, considered crazy by everyone in town, except for his childhood girlfriend and her little brother, is put to the ultimate test when he becomes the only thing that stands between a legendary evil and the little brother in the horror film Darkness Falls, available on DVD and digital.

After a West African president’s family is assassinated and civil unrest is rampant, a top secret team is deployed to the far reaches of the jungle to rescue a U.S. doctor who is acting as a missionary in the drama Tears of the Sun, available on DVD, Blu-ray and digital. The doctor insists the U.S. forces rescue all of her charges. As a result, the group falls under rebel attacks when it’s revealed that the son of the deposed West African president is among those being saved. Bruce Willis leads the rescue mission under the direction of Antoine Fuqua.

Harrison Ford and Josh Hartnett star as a pair of detectives investigating the murder of a rap group while pursuing their other full-time professions in Hollywood Homicide, available on DVD and digital.

Ben Affleck and Jennifer Lopez star in the comic romance Gigli, available on DVD and digital.

Radio, available on DVD and digital, is the inspiring true story of the real life friendship between Robert “Radio” Kennedy (Cuba Gooding, Jr.) and coach Harold Jones (Ed Harris) and the thirty-year legacy of victory they created.