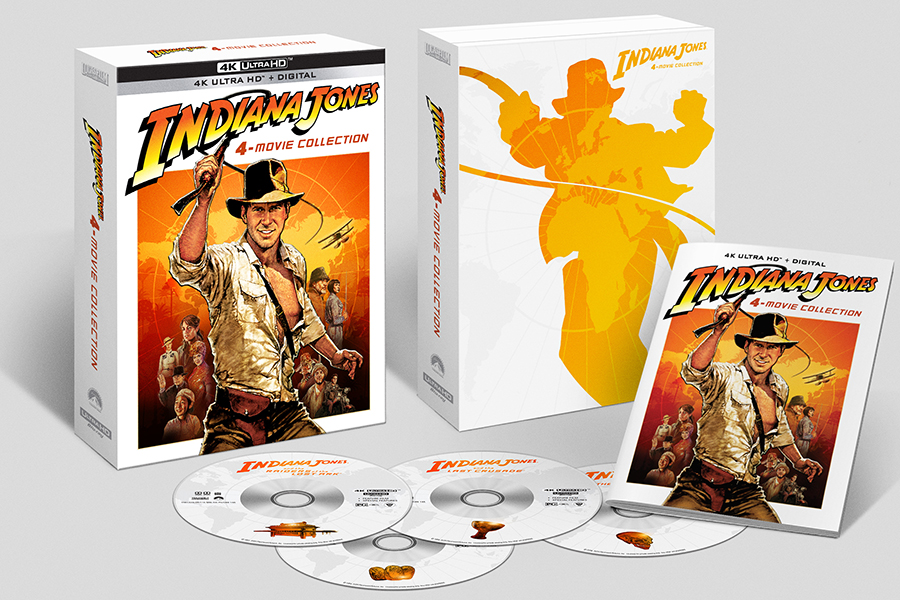 Copies of the new Indiana Jones four-movie boxed sets were hard to come by on their June 8 release date.

Paramount’s new 4K Ultra HD Blu-ray and standard Blu-ray boxed sets were released to commemorate the 40th anniversary of Raiders of the Lost Ark, but many fans reported a hard time finding them at retail. Some Amazon buyers reported being informed the online retailer didn’t have copies of the 4K version in stock yet.

Target listed the 4K edition of the Indiana Jones collection as an online exclusive at $86.99, while touting the standard Blu-ray set as in stores at $39.99 in its weekly ad circulars, though shoppers reported little luck in finding any.

Store locations in Santa Ana and Tustin, Calif., didn’t even have shelf tags for it.

Bill Hunt of TheDigitalBits.com posted on social media that a clerk at his local Southern California Target store said that since they didn’t stock the 4K version, they were worried that just putting the Blu-ray edition on shelves would confuse customers, so they kept it in the storeroom.

Some shoppers reported a bit better luck at Best Buy, finding a handful of the exclusive $99 Steelbook version of the 4K Ultra HD Blu-ray set (which included a digital copy, but not standard Blu-ray versions). Unsurprisingly, many shoppers took to social media to say the set was sold out in their area, though Best Buy’s website indicates it is still available online at at many locations.

A Walmart in Tustin didn’t have the four-movie set, but did have a new Blu-ray and DVD version of just Raiders of the Lost Ark (reportedly just a repackaging of previously released disc configurations). The Blu-ray (with digital copy) is readily available at most online retailers for around $14.99, but the DVD version is a Walmart exclusive at $9.96.

Distribution of boxed sets and catalog titles as reportedly become more problematic for studies of late due to the closure of many disc replication facilities the past few years as the disc market has contracted. Warner reportedly had similar shortages of its “Lord of the Rings” 4K sets late last year, while more recently Paramount has also reportedly had supply issues with its Mommie Dearest Blu-ray.