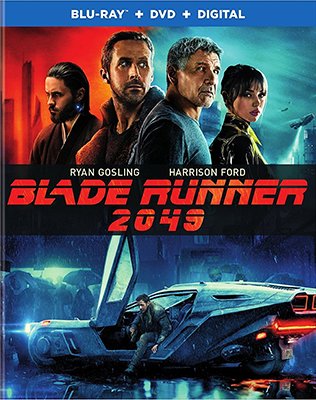 What’s remarkable about director Denis Villeneuve’s Blade Runner 2049 is how seamlessly it returns us to the dystopian future established in the original 1982 film. Set 30 years later, 2049 manages to both tell an engaging story in its own right while providing deeper context and reframing the narrative of the first film — no easy feat considering the landmark cult status it has achieved.

Harrison Ford returns as Deckard, the police officer in the first film tasked with hunting down rogue replicants — specially engineered not-quite-humans designed for labor in off-world colonies. While the character doesn’t appear until well into the running time and his role is relatively limited, his presence does provide a nice sense of continuity. And the lingering question of the ages about whether Deckard himself was a replicant is dealt with here in a way that makes sense for the story this film is trying to tell.

Another source of stability between the two films is co-writer Hampton Fancher, who also co-wrote the original film and clearly had more to say about this world, which was originally adapted from Philip K. Dick’s 1968 novel Do Androids Dream of Electric Sheep?

The sequel follows a new cop, Ryan Gosling as K, a replicant Blade Runner tasked with hunting down his own kind. K stumbles upon a 30-year-old mystery that suggests replicants can reproduce biologically, a fact that would have enormous repercussions on society. His discovery triggers a race to find the child, between a police chief (Robin Wright) who wants to eliminate any hint of the replicants’ humanity for fear it may lead to a revolution, and the replicants’ billionaire breeder (Jared Leto), who sees natural biology as the key to growing a replicant population big enough to enable mankind to achieve its true potential.

At the heart of the story is the question of identity and individuality, and whether true personhood can be achieved artificially. Can K truly find meaning in his life, or is he only programmed to think that he can? Contrasting K’s flesh-and-blood interactions is a companion hologram named Joi (Ana de Armas), who always comes across as the perfect girlfriend with just the right words of encouragement to push K forward. Is her sentience real, thus providing some legitimacy for K’s affection for her? Or is she merely a function of very sophisticated algorithms? Does it even matter?

While the film is set in 2049, it is not necessarily a vision of the future based on how things are now, but more of an extrapolation of the vision of the future of the original film from 1982 (where newspapers were still a thing in 2019!), with maybe a few real-world influences from the intervening time period.

Every character has a role to play in this parable, and everything they do has some connection to the film’s larger themes, even if they seem superfluous at the time. Villeneuve with Arrival established that he is a master of visual landscapes, and the settings here really allow him to indulge those instincts, embellishing the style that Ridley Scott established 35 years ago.

If there’s a major drawback to the film, it’s that Villeneuve is quite deliberate in his pacing, and his long establishing shots of the bleak future world are a primary contributor to the 163-minute run time, about 45 minutes longer than its predecessor. But there is splendor in the visual effects, and fans of the original will no doubt appreciate how the follow-up takes the time to breathe. It is certainly a unique feature of the home video formats that viewers who don’t find themselves enthralled by longer films can chart their own course through it.

The Blu-ray includes three short films (originally released online in the lead-up to the new film) that serve as prequels to 2049, filling in parts of the 30-year gap in the timeline. For those who picked up the disc for their first viewing of 2049, I’d recommend a rewatch of the “Final Cut” of the original first, followed by these shorts in chronological order.

The 2022 short is an anime that delves into a massive blackout that will have a profound impact on the events of 2049. This picks up with the 2036 short, which features Leto’s character waxing about why he wants to create a new breed of replicant. Finally, the 2048 short features Dave Bautista as a replicant defending a family from thugs, and leads into the opening scene of 2049.

The rest of the bonus materials offer about 50 minutes of short featurettes about the making of the film and the advancement of the concepts introduced in the original movie.