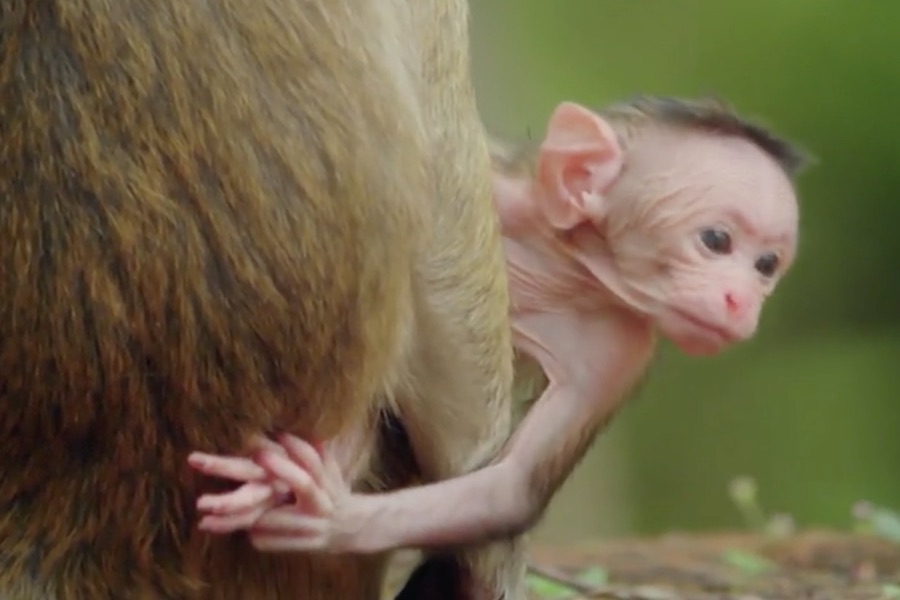 Masterpiece: The Press, American Masters: Raul Julia and Animal Babies: First Year on Earth are among the titles on DVD and digital from PBS Distribution in October.

Due Oct. 22 is Masterpiece: The Press, about the committed and passionate characters behind the daily news at two fictional rival newspapers. Set in the world of newspapers in London — its past riven by hacking scandals, its present at the mercy of the digital age and the 24-hour news cycle, its future uncertain — the drama explores the current, turbulent media landscape and the ethical dilemmas that journalists and editors face each day.

Available now is American Masters: Raul Julia: The World’s a Stage, a revealing portrait of the charismatic, groundbreaking actor’s journey from his native Puerto Rico to 1960s New York City, to prominence on Broadway and in Hollywood. Filled with passion, determination and joy, Juliá’s brilliant and daring career was tragically cut short by his untimely death 25 years ago at age 54. Told in his own voice through archival interviews and in the words of those who knew him best, the film traces Juliá’s personal and professional life while showcasing performances from his collaboration with Joseph Papp’s The Public Theater to his successful cinematic career. His best-known roles include the history-making productions of Titus Andronicus, Two Gentlemen of Verona with Clifton Davis, The Taming of the Shrew with Meryl Streep and The Threepenny Opera, the Broadway musical Nine, and films such as Kiss of the Spider Woman, Moon Over Parador, Romero, Presumed Innocent and The Addams Family. The program includes interviews with Anjelica Huston, Edward James Olmos, Rita Moreno, James Earl Jones, Sonia Braga, Rubén Blades and Esai Morales, illuminate his impact as an artist. In addition, actors John Leguizamo, Jimmy Smits, Andy Garcia and others.

Also available now is Magical Land of Oz, a three-part series that explores the depths of Australian animal life as unique species navigate extremes on land and sea. Cameras capture the continent’s diverse animal populations in its highest snow peaks, frigid southern seas and suburban backyards. In the first part, “Land,” viewers see the unique wildlife of Australia which includes a tree-dwelling kangaroo, a spider that survives underwater and a bird that spreads fire. In the second part, “Human,” the program explores how Australian wildlife has adapted to survive in the human environment, including a flamboyant dancing peacock spider in a suburban garden. In the final part, “Ocean,” viewers are taken to Australia’s magical coasts and islands where three oceans create the perfect environment for whales, giant cuttlefish and sharks.

Due Oct. 22 is The Hudson River School: Part 2 — Cultivating a Tradition. In the 19th century, artist Thomas Cole and engraver Asher Durand established an artistic movement that became The Hudson River School. The next generation expanded their palette with a technique that was immersed in light. This artistic innovation was later hailed as “The Luminist Movement.” This film tells the story of these artists who became the greatest landscape painters in the world.

Available now is America’s Test Kitchen: Home for the Holidays, in which cooks share their tips and tricks for planning a stress-free gathering, while also recounting personal holiday memories and revealing their all-time favorite holiday recipes from the “Test Kitchen” archives. It features hosts Bridget Lancaster and Julia Collin Davison and the rest of the “America’s Test Kitchen” cast gathered together in a casual behind-the-scenes setting, sharing the warmth of the holidays with viewers. The program also spotlights five of the Test Kitchen’s favorite holiday recipes, including new twists on classic holiday fare such as turkey en cocotte and beef tenderloin with smoky potatoes and persillade relish. The porchetta recipe offers a flavor-packed alternative to traditional holiday roasts.

Finally, on Oct. 29 comes Animal Babies: First Year on Earth, in which viewers meet six baby animals from across the globe, the toque macaque monkey, the spotted hyena, the African elephant, the sea otter, the mountain gorilla and the Arctic fox. Like all babies, young animals can have a first year filled with joy, love and play. To survive, however, they must overcome threats and challenges — from rivals, from the elements and from predators. Wildlife cinematographers tell the stories of these magical first months in three parts, “First Steps,” “Testing the Limits” and “New Frontiers.”