The film stars the real-life husband-wife team of John Krasinski (who also directs) and Emily Blunt as parents who must live in silence in order to protect their children from creatures that hunt by sound. The film has grossed $181.5 million at the domestic box office. 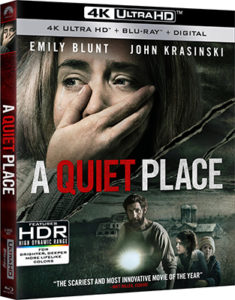