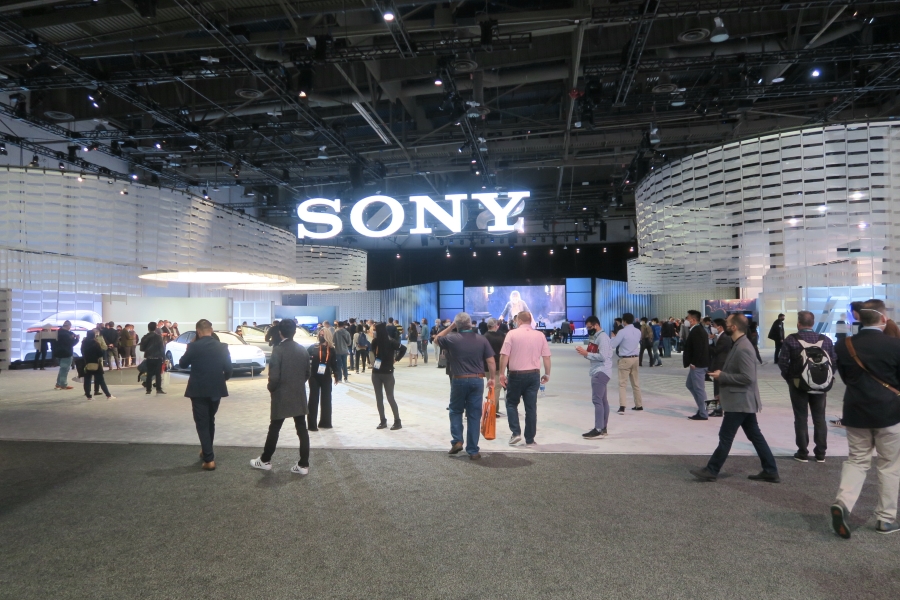 LAS VEGAS — CES 2022 got underway the morning of Jan. 5 with a smaller floor plan, social distancing measures implemented by several large exhibitors, and a surprisingly large crowd of attendees, all of them masked.

And while the show has been shifting away from its legacy consumer electronics and toward innovation in such fields as mobility, digital health and space tech, CE manufacturers at CES 2022 continue to have the biggest booths and most elaborate displays.

LG Electronics commanded the marquee position in the Central Hall, but is using its space this year for a vast corkboard platform with little stations where visitors can get presentations on their iPhones, including a history of the CE giant’s signature OLED Experience exhibits, which in the past have seen screens arranged in waterfall, tunnel and canyon settings. Several visitors, however, reported that the virtual experiences either didn’t work or were too complicated, since they involved downloading and installing an app.

The Panasonic booth devoted half its space to a socially distant seating area, as did the Sony booth, where the focus this year is on two electric-vehicle prototypes the company hopes to build as it ventures into the automotive sector. Sony says it plans on establishing a car unit to enter the EV market. One of the vehicles the company is displaying at CES is a seven-set sport-utility vehicle with all-wheel drive.

Somewhat inexplicably, Sony also has a big display for the PlayStation 5, even though the device is still in short supply at retail.

Several other big CE exhibitors, including TCL and Hisense, set up booths virtually identical to the ones they fielded in the pre-COVID days.

The one commonality among CE exhibitors: Touting the advantages of their favored backlight technologies, OLED, QLED, and Mini-LED, the latter being the newest and hottest trend in TV displays.

All are variations of LED, an acronym for light-emitting diode. LEDs are the tiny elements of a TV screen that light up in order to produce an image on an LED TV. LED technology became commonplace more than a decade ago after improvements in the technology spearheaded by Samsung.

OLED stands for organic LED, with each pixel made of a material that glows when it receives electricity. The electroluminescent materials used in OLED screens are organic compounds of carbon and other ingredients. OLED is emissive, with the pixels emitting their own light.

QLED is a Samsung technology introduced in 2015. The Q stands for “Quantum Dot.” It’s essentially a variation of LED and is transmissive, relying on an LED backlight.

The newest backlight technology is Mini-LED, similar to QLED, just with even smaller backlights. Mini-LED is a bridge between the older QLED technology and the newer OLED tech, with the same deep blacks that OLED promises.

Samsung has updated the Neo QLED technology that it bowed at last year’s virtual CES to improve the picture quality, but the Korean CE giant also is showing off its new line of Micro LED displays, which boast 25-million LED arrays and come in 89-inch, 101-inch, and 110-inch models.

Sony has QD-OLED, which combines OLED and quantum dot technologies for what it purports is the best of both worlds.

Meanwhile, Hisense and TCL both boast some Mini-LED models.

CES 2022 touched down in Las Vegas as the show’s producer, the Consumer Technology Association (CTA), projects the consumer technology industry will generate more than $505 billion in retail sales revenue, a record high that’s up nearly 3% from 2021. The CTA attributes much of the gain to growing demand for smartphones, automotive tech, health devices and streaming services will help propel much of the projected revenue.

Despite a rash of last-minute cancellations due to the surge of the Omicron COVID variant, CES 2022 has more than 2,300 exhibitors, including more than 800 startups. Once again, the focus is not on legacy consumer electronics but, rather, on “the latest transformative technologies, including vehicle technology, artificial intelligence, digital health and smart home tech, as well as new categories: NFTs, food tech and space tech,” CTA said in a Jan. 5 press release.
The CES exhibit floor will be open through Jan. 7, a shorter run due to COVID concerns. 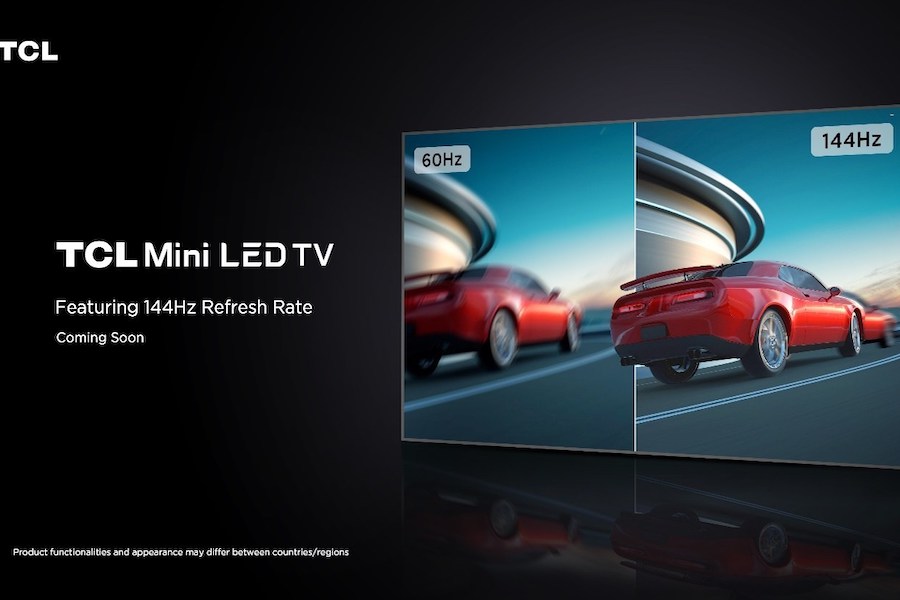