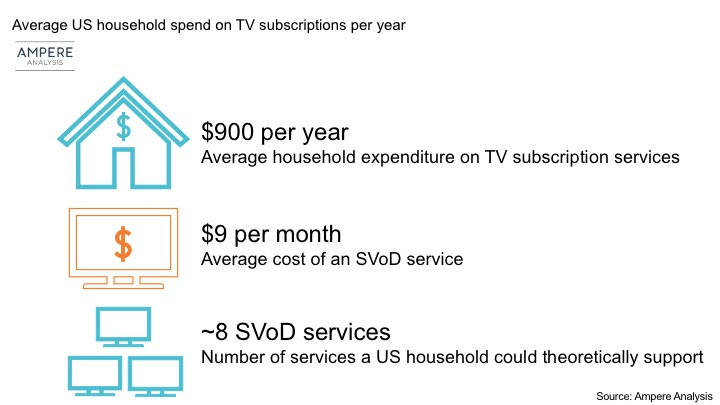 Despite cord-cutting, the average U.S. household has continued to spend an almost identical amount on TV services every year — $900 — as they switch from cable and satellite pay-TV services to lower-price SVOD services. This stability in expenditure, mirrored in many other markets worldwide, has Ampere suggesting the fundamental determinant of the number of SVOD services in a home will be household entertainment budgets. 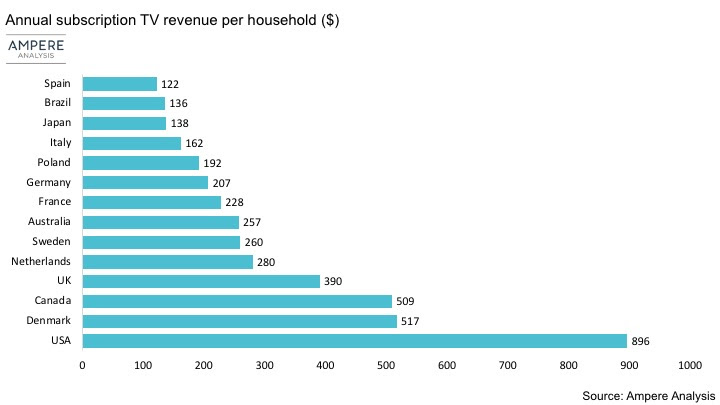 “Even as we begin to see growth in SVOD services in emerging markets, our analysis shows that opportunity for expansion is actually still a very solid proposition in established territories,” research manager Daniel Gadher said in a statement.

The Power of Live Sports

Various factors will limit how close individual markets will get to this ceiling. One issue is sports. Pay-TV operators and networks currently control the majority of key sports rights in many major markets. Ampere’s past analysis has indicated that OTT players are unlikely to be able to wrest control of major domestic events in most developed markets. As a consequence, consumers who want to watch sport will have to continue subscribing to pay TV services. This reduces the available budget for SVOD. In the US for example, factoring in sports spend, the capacity for SVOD services drops from eight per average household to between four and five.

To reach maximum capacity, SVOD spending will have to replace pay-TV spending. A reality undermined by the fact that live sports, key movie and TV content remain tethered to linear television, according to Ampere. 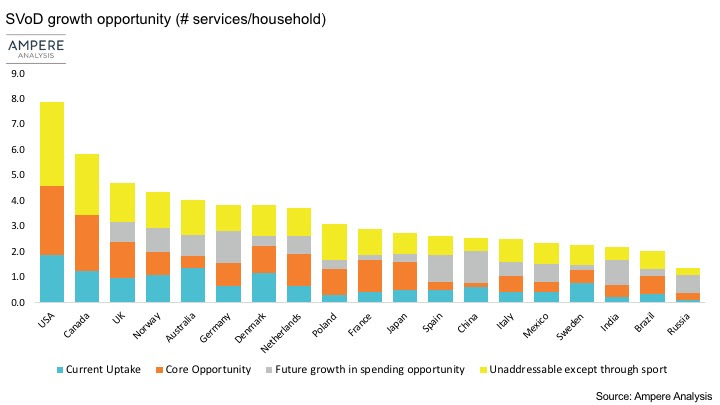 “To make the most of this capacity, OTT players first need to demonstrate that they are a viable replacement for existing paid-for TV services,” Gadher said. “This process is ongoing in the U.S. and Canada, but elsewhere in the world, pay-TV has remained resilient. But as U.S. studio content increasingly moves to the online world, the opportunity for new players to take a share of consumer entertainment spending, even in already busy markets, improves.”